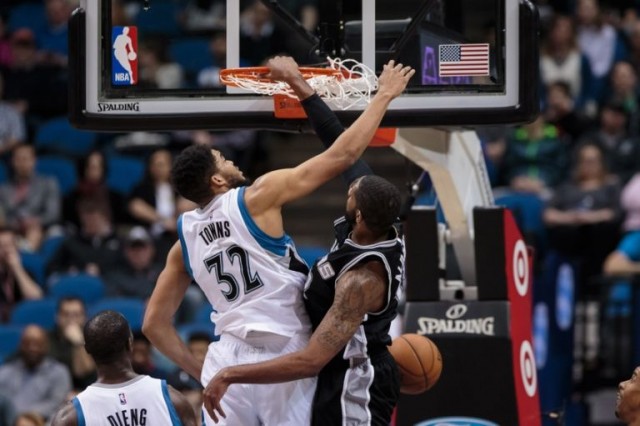 The San Antonio Spurs (54-10) bounce back after their performance on Monday as they defeated the Minnesota Timberwolves (20-45) 116-91 Tuesday night at the Target Center.

Coming off of their worst shooting performance this season on Monday, the Spurs bounced back and did it with aggression on Tuesday against the Timberwolves. LaMarcus Aldridge led the way with 14 of his 29 points in the first quarter as he showed an array of moves to a young Timberwolves team.

Kawhi Leonard scored 15 points and the Spurs led by as many as 26 points. David West scored 18 points as the Spurs shot 55.3 percent.

Andre Miller made his first start for the Spurs filling in for Tony Parker (bruised toe), the team did not miss a beat with Miller. The point-guard that was signed by the Spurs just weeks ago showed he can still play at a high-level and why he is amongst the best in the NBA in assists.

Miller totaled 25 minutes against his former team as he scored 13 and dished out five assists. After the game, Miller talked about how he never thought he would be playing on a team that he has played against his whole career…..Read More