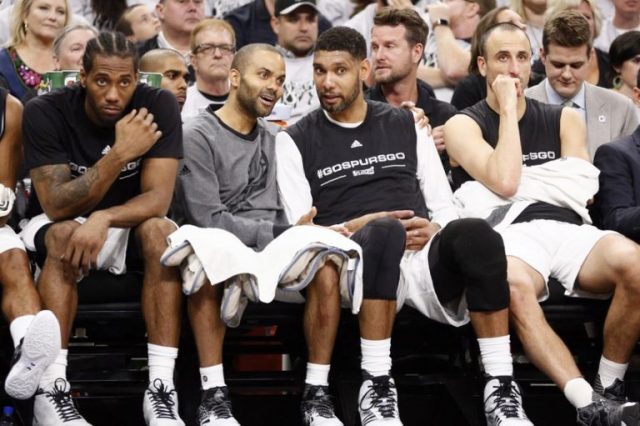 Coaches who have proven their mettle may come back from lunch to a pink slip (hey there, Kevin McHale). Players who have given significant chunks of their careers–or even their entire career–to a team may suddenly find themselves on the trade block (hi, Anderson Varejao).

In an era where chasing and acquiring The Next Best Thing (or the Second Coming of Michael Jordan) for the next championship ring is the game du jour, the San Antonio Spurs have made a name for themselves by staying loyal to those who have done right by them.

Indeed, one doesn’t have to look far to see how the organization takes care of its people. Former Spur Sean Elliott provides local TV color commentary for the team.David Robinson is a minority owner in the team.

James Borrego and Jacque Vaughn were both former assistant coaches with the Spurs; after being fired from their head coaching positions with the Orlando Magic, were brought back into the Silver and Black fold; Borrego as an assistant coach again, and Vaughn as a scout.

Bruce Bowen, whose No. 12 was retired, graciously allowed it out of retirementfor new Spur LaMarcus Aldridge, who wanted to wear that number.

Loyalty is admirable, and it’s one of the reasons why the Spurs are high on some free agents’ shopping lists.

But sometimes it will cost you in unforeseen ways…….Read More