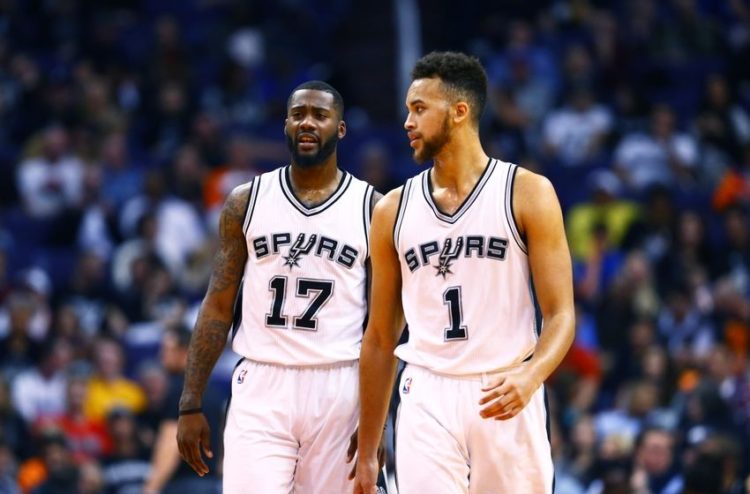 The post-Tim Duncan era San Antonio Spurs look good on paper, but the true test comes when the season begins in October.

“Tim [Duncan] isn’t walking through that door to save us anymore,” San Antonio Spurs general manager RC Buford told Adrian Wojnarowski in an interview with The Vertical.

Indeed, in the two-plus weeks since Duncan’s retirement–and, some may argue, even before then–the Spurs, in their typical way, have been quietly preparing for the end of the 19-season Duncan Era.

Boris Diaw (*sob*), Boban Marjanovic and David West (and possibly Matt Bonner) are out. Pau Gasol, Manu Ginobili and David Lee are in. Dejounte Murray got drafted. Kyle Anderson and Jonathon Simmons are stepping up.

Ryan Arcidiacono and Bryn Forbes were solid in Summer League and are battling for the final roster spot (along with everyone else in September’s training camp).

These offseason roster moves have garnered general praise across the board (especially the drafting of Murray, which was considered to be one of the best steals of the 2016 NBA Draft when he fell to the Spurs’ pick at No. 29).

Still, everyone acknowledges that the departure of Duncan leaves a hole too big to be adequately filled, though the Spurs are trying……Read More