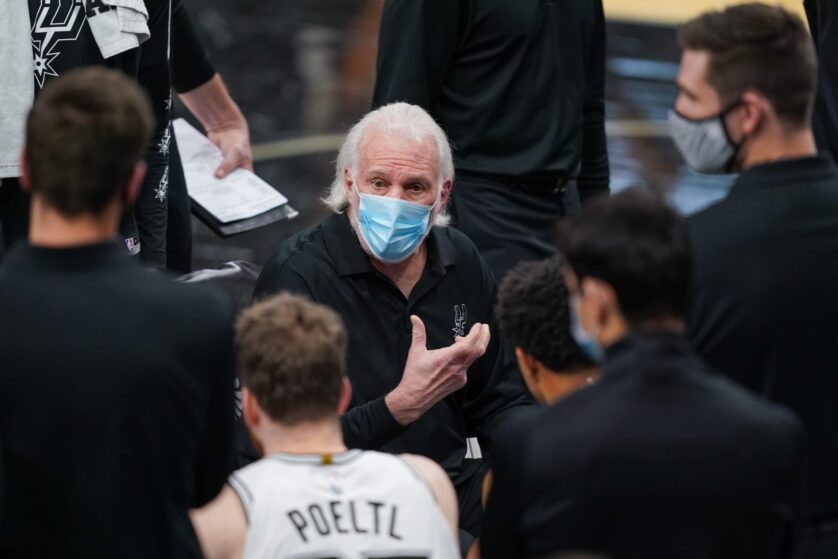 Can the San Antonio Spurs keep up the good start they’ve set out on?

After throttling the Portland Trail Blazers by 21 thanks to some great fourth-quarter play from Rudy Gay and Patty Mills, the San Antonio Spurs find themselves in fifth place in the Western Conference with about 20 percent of the NBA season under their belt.

Most experts and fans did not predict the Spurs would find themselves in that position even if it’s early on. One question that remains, however, is whether the Spurs find some level of consistency?

It’s fair to bring up for several reasons. While San Antonio may currently be in fifth place they are just two games out of twelfth in the always-stacked Western Conference. That’s a glass-half-empty viewpoint, especially considering they’re just three games out of first, but with the way the past few seasons have gone, it’s not unreasonable to be wary.

This season, as it was last year, the Spurs have gotten into a habit of playing up or down to their competition. It’s got them into trouble at times at brought out the best in them in others.

While the Spurs have had some impressive victories early on, they’ve also had some bad losses. After coming off two great performances on the road against both the Clippers and Lakers, the team split a pair of games against the last-place Minnesota Timberwolves.

Then, the team followed that up with a solid road win against the Oklahoma City Thunder. Finally back at home after a 4-1 road trip, the Spurs dropped an inexcusable game against the completely depleted Houston Rockets. Give credit to the Rockets for playing excellent team basketball, but for the Spurs, it was a horrendous loss.

They bounced back with a win against that same Rockets team several days later but struggled to put them away until late in the fourth quarter.

To be fair, the NBA season is a roller coaster for most teams. There are going to be ups and downs with winning and losing streaks. For the playoff-hopeful Spurs, however, they will have to find some level of consistency to make it back there. This doesn’t mean winning every game of course, but there are certain games that you absolutely cannot drop such as that Houston game.

Inconsistencies have plagued a few players on the Spurs more than others. LaMarcus Aldridge and Rudy Gay had tremendous games against the Blazers combining for 43 points on 18/34 shooting. The previous two games? 25 points combined.

Jakob Poeltl has stepped up big time in the last two games but was struggling immensely for pretty much every game leading up to last Saturday. The young guys, Dejounte Murray, Lonnie Walker, and Keldon Johnson have had some hiccups as well but overall have been fantastic.

Still, the Spurs are in a much better position than they were last year. After starting out 5-3, the squad lost eight in a row making them 5-9 at one point through their first fourteen. This year, the team is 8-6 and not relying as heavily on veterans minutes this time around. That is a major plus.

One thing, possibly the only thing about last year’s team that is somewhat similar to this year’s, is that any one game on the schedule can be a loss or a win depending on which team shows up that particular night.

That’s somewhat lessened by the team’s balanced offensive attack. Seven guys currently average double-digits in points per game. You never know who is going to lead the team in points but you know they’re never going to have to carry that load alone.

Defensively the Spurs have improved tremendously just creeping in the top ten in defensive efficiency. Maybe that has a little something to do with letting go of Bryn Forbes and Marco Belinelli and replacing their minutes with Lonnie Walker and Keldon Johnson.

This team is young, and naturally, there are going to be some growing pains. That means there will be some games they lose that they should’ve won, and that’s all part of the growth process. But when you are handed games on a silver platter, this team will have to capitalize on it. Especially with this season and all the complications COVID is providing, anything can happen on any given night.

While it may seem I’m being somewhat negative I absolutely love where the San Antonio Spurs are at right now. If you would’ve told me before the season that the Spurs would be fifth place in the West almost one month in, I would’ve been elated.

But only being one month in, that means there’s still a lot of basketball to be played. With the Golden State Warriors and Dallas Mavericks coming up, the Spurs have a great opportunity to continue to separate themselves from the rest of the pack.