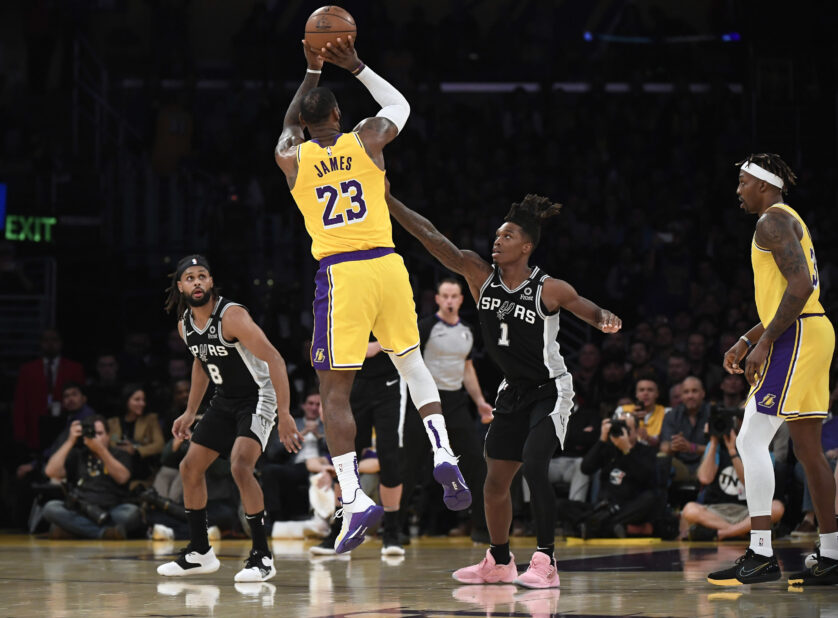 The San Antonio Spurs have a loaded week ahead against a hungry, young team followed by two against LeBron James and the defending champion Lakers.

Not many are expecting big things from the San Antonio Spurs this season. After finally missing the playoffs last year, most in the national media feel like they’ll regress even further this year to the bottom tier of the Western Conference. So far, the Spurs are making that prediction look foolish.

With a road win against the Memphis Grizzlies and a comeback home victory against the Toronto Raptors, San Antonio is one of just four teams in the Western Conference with a 2-0 record heading into Sunday’s matchup with the New Orleans Pelicans.

Given the Spurs’ shift from veteran-heavy rotations to a more balanced attack with young talent, their clutch play and resolve has been impressive so far. After being down 114-110 with less than two minutes against the Raptors, the Spurs ended the game on a 9-0 run that featured heady plays from veterans DeMar DeRozan and LaMarcus Aldridge mixed with icy free throws from Keldon Johnson.

Beginning with their first back-to-back, this week will show what the Spurs are really made of, as it features two showdowns against the 2020 NBA Champion Los Angeles Lakers. However, San Antonio will have to first contend with Brandon Ingram and the Pelicans after a night of redeye travel.