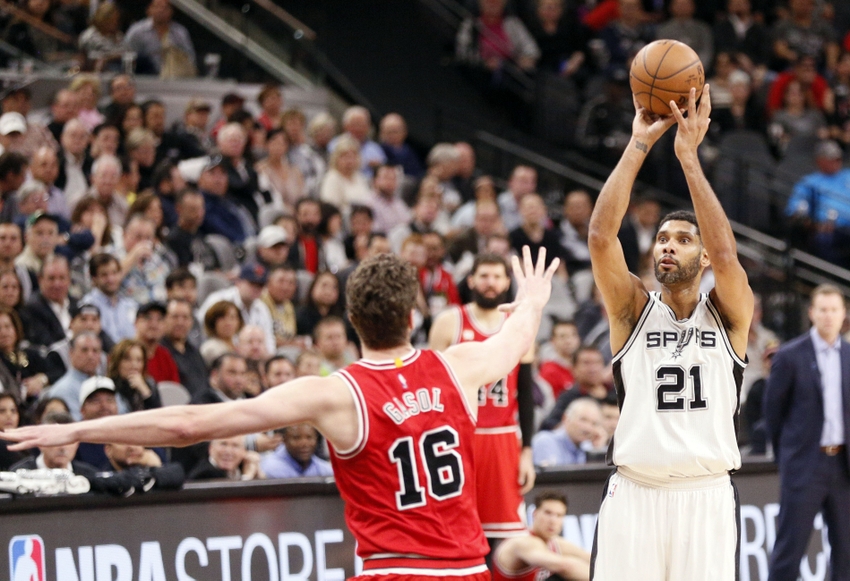 San Antonio Spurs basketball is finally here! Well, sort of. This year the Spurs will be without Tim Duncan and Pau Gasol reflects on the future Hall of Famer as training camp begins.

Media day took place on Monday prior to the start of training camp which began Tuesday. The unofficial start of the NBA season is underway with teams from around the league, beginning their quest of building the best team possible to compete in the grueling 82 games, that is the NBA season.

All eyes will be on the San Antonio Spurs as they are entering their season without one important piece – Tim Duncan.

“ALL THE OTHER GUYS ARE GOING TO HAVE TO STEP AND PICK UP FROM THE LEADERSHIP STANDPOINT AND THE PRESENCE STANDPOINT BUT AT THE SAME TIME WE HAVE TO HAVE OUR OWN IDENTITY.” – PAU GASOL

For the first time in 19 years the Spurs’ training camp was Duncan-less. You knew that there were emotions, players, coaches, maybe even the media were hoping to get a glimpse of the future Hall of Famer at the Spurs training camp Tuesday.

Though he was know where to be found, Duncan was still the talk among the media and players as they were quick to ask questions to those that were around him for so many years.

There is one player that will be the focus this season and that is Pau Gasol. The Spurs picked Gasol up in free agency and will indeed man the middle for the Spurs, a spot where Duncan did so-well during his phenomenal 19 year career.

Though Gasol never had the chance to play alongside Duncan, he did have some memorable games against him. When was asked what it would be like to play without the ‘Big Fundamental,’ Pau said it’s going to take the entire team to pick up the slack…..Read More