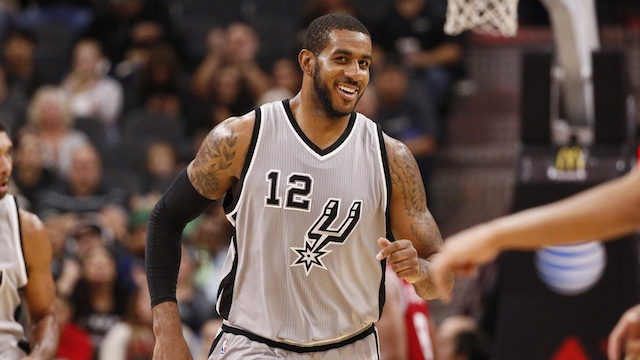 LaMarcus Aldridge recently decided to shut down his Twitter and Instagram accounts, and this was so wise. NBAplayers already have to deal with difficult questions from the media on a daily basis, and it certainly doesn’t help their stress level to continue getting abuse when they’re online.

Ever since Aldridge closed his social media accounts, he has almost been a different player. Having spent additional time with the San Antonio Spurs definitely helps, but you can’t deny the numbers. Aldridge shut things down after a game against the Golden State Warriors, although he claims that the events were unrelated.

“I just wanted to lock in on my season right now, it had nothing to do with that game,” he said to the San Antonio Express-News after a 130-99 win over the Houston Rockets. “It’s not anything about the game. It’s a new adventure for me. I’ve never been in this system, with this team. I’ve never been on a top-2 team in the West.”

He recorded five points, one rebound and three turnovers in the loss to Golden State, but he has been pretty brilliant in the matches following that time……Read More