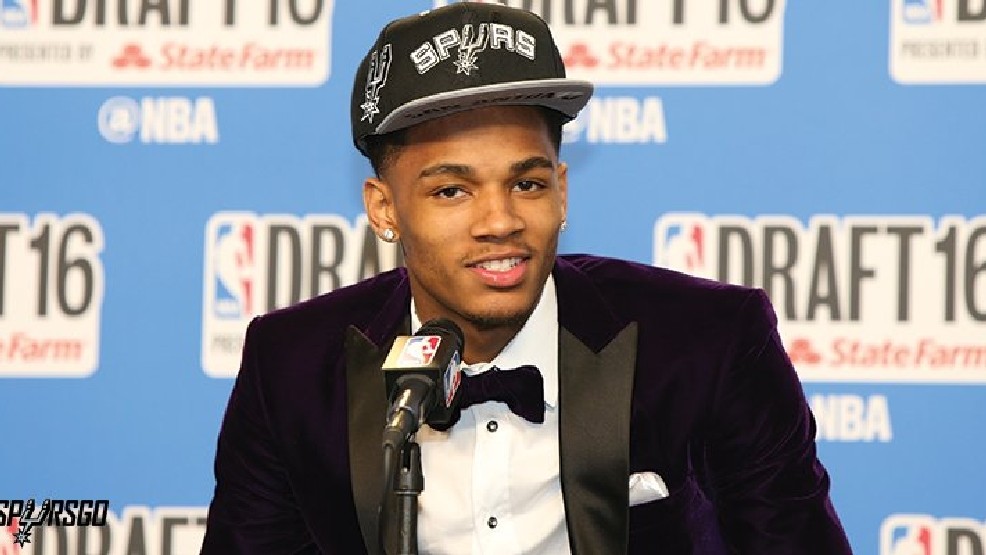 With Tony Parker aging and Patty Mills entrenched as the backup, can Dejounte Murray flash enough potential to be San Antonio’s point guard of the future?

In light of Tim Duncan‘s retirement, the San Antonio Spurs have begun a bit of youth movement. The signings of Pau Gasol and David Lee aside, San Antonio decided to churn the roster with younger options from previous draft classes. 2013 first-round pick Livio Jean-Charles, 2011 second-round pick Davis Bertans and 2010 second-round pick Ryan Richards made their way to San Antonio after spending time overseas. And unheralded center Dewayne Dedmon was acquired from Orlando. Add third-year forward Kyle Anderson into the mix and the San Antonio Spurs used several roster spots on players with upside.

However, the most intriguing player of the San Antonio’s youth movement is their latest draftee,Dejounte Murray. The 49th-ranked prospect in the class of 2015, Murray spent his lone season of college basketball at Washington playing both guard positions. Murray finished with averages of 16.1 points, 6.0 rebounds, and 4.4 assists in 34 games before joining fellow Washington freshman Marquese Chriss in the 2016 NBA draft. It looked like Murray was going to end up in the lottery, thanks to his unique combination of size, speed, and upside. That did not happen. Other than Skal Labissiere falling to the Sacramento Kings with the 28th overall pick, Murray’s fall in the draft was the most notable.

He didn’t come off the board until the San Antonio Spurs selected him with the 29th pick, ending his slide and resulting in a possible point guard of the future for one of the best franchises in the league. What makes Murray interesting is the aforementioned size and speed combination. Murray plays point guard at 6-foot-5 and matches that with a 6-foot-9 wingspan. That rivals 2015 top-10 pick Emmanuel Mudiay.

Offensively, Murray was a wrecking ball driving to the lane and barreling through opposing rim protectors and on defense, Murray flashed the ability to switch on various guards — big and small. The biggest issue for Murray, however, was his inability to knock down threes. Murray shot just 28 percent from beyond the arc last season, but more importantly just 39 percent on two-point jumpers as a freshman, severely hurting his overall field goal percentage. The good thing is Murray has both time and the right assets to work around him. With Tony Parker and Patrick Mills in front of him for the foreseeable future, Murray isn’t expected to be relied upon early in his career…..Read More

Source: San Antonio Spurs: Is Dejounte Murray The Point Guard Of The Future?