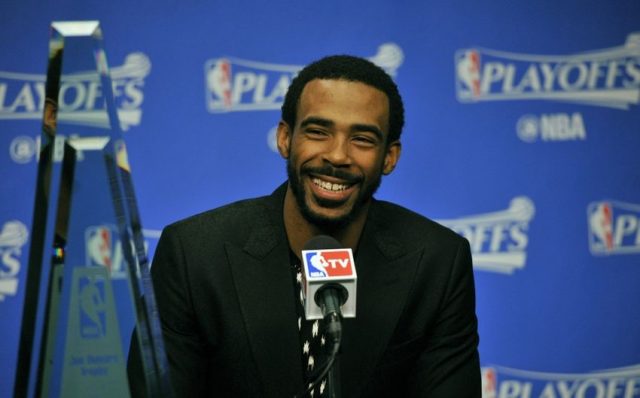 Nothing motivates a team to improve quite like a premature playoff exit. The San Antonio Spurs look like they’re fully committed to improving their roster through free agency.

While rumors have had them linked to Kevin Durant and Pau Gasol in the last few weeks, another player is entering the discussion as a potential new Spur: Mike Conley.

Marc Stein of ESPN is reporting that the Spurs have interest in Conley. The Memphis Grizzlies were without Conley’s services for that lopsided first round loss to that same Spurs team.

This makes a lot of sense for the Spurs to pursue Conley. Whether the salary cap logistics exist to pursue all 3 of those major free agents remains to be seen, especially with the uncertain futures of both Tim Duncan and Manu Ginobili heading into next season.

What seems most likely is that the Spurs will prioritize the acquisitions of those 3 players in some order, the obvious sequence being Durant, Conley, and then Gasol. If cost is emphasized above talent, then that order reverses.

The addition of Conley solves a lot of pressing needs for the Spurs. After his inconsistent regular season and postseason performance, it’s clear that Tony Parker’s best days are officially behind him……Read More