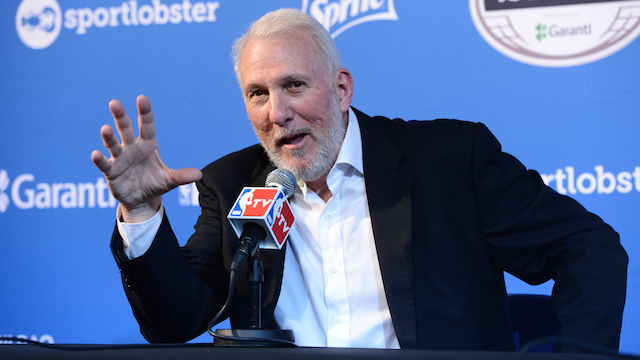 The San Antonio Spurs made a point on Saturday night. They would never admit it, because they have been trained to not give the media material or their opponents motivation; but the Spurs know what they did. They gave the Golden State Warriors some serious business on Saturday, and the race for the Western Conference’s best team is up in the air as a result.

The Spurs could catch the Warriors in the standings, although San Antonio would enter a playoff series against Golden State with confidence either way. The Spurs haven’t lost a home game against the Warriors since 1997, and that is absolutely astonishing. If San Antonio somehow secures four home games in a playoff series against Golden State, then Gregg Popovich‘s team would have to be favored. The Spurs have also not lost a single game in their city against anyone this year, but the same can be said about Golden State.

San Antonio smartly guards Stephen Curry as a team, butKawhi Leonard is the flexible defender who makes this possible. He can switch onto any guard or big and defend them successfully, and this versatility gives Popovich a lot of room for creativity…..Read More