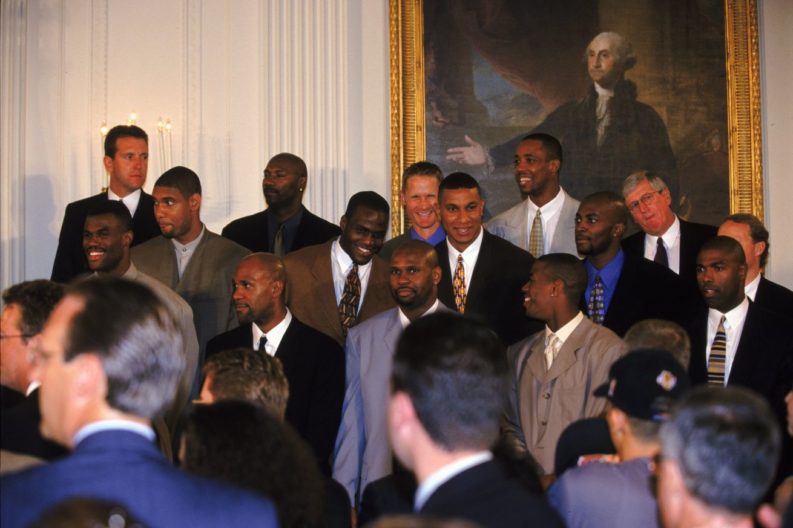 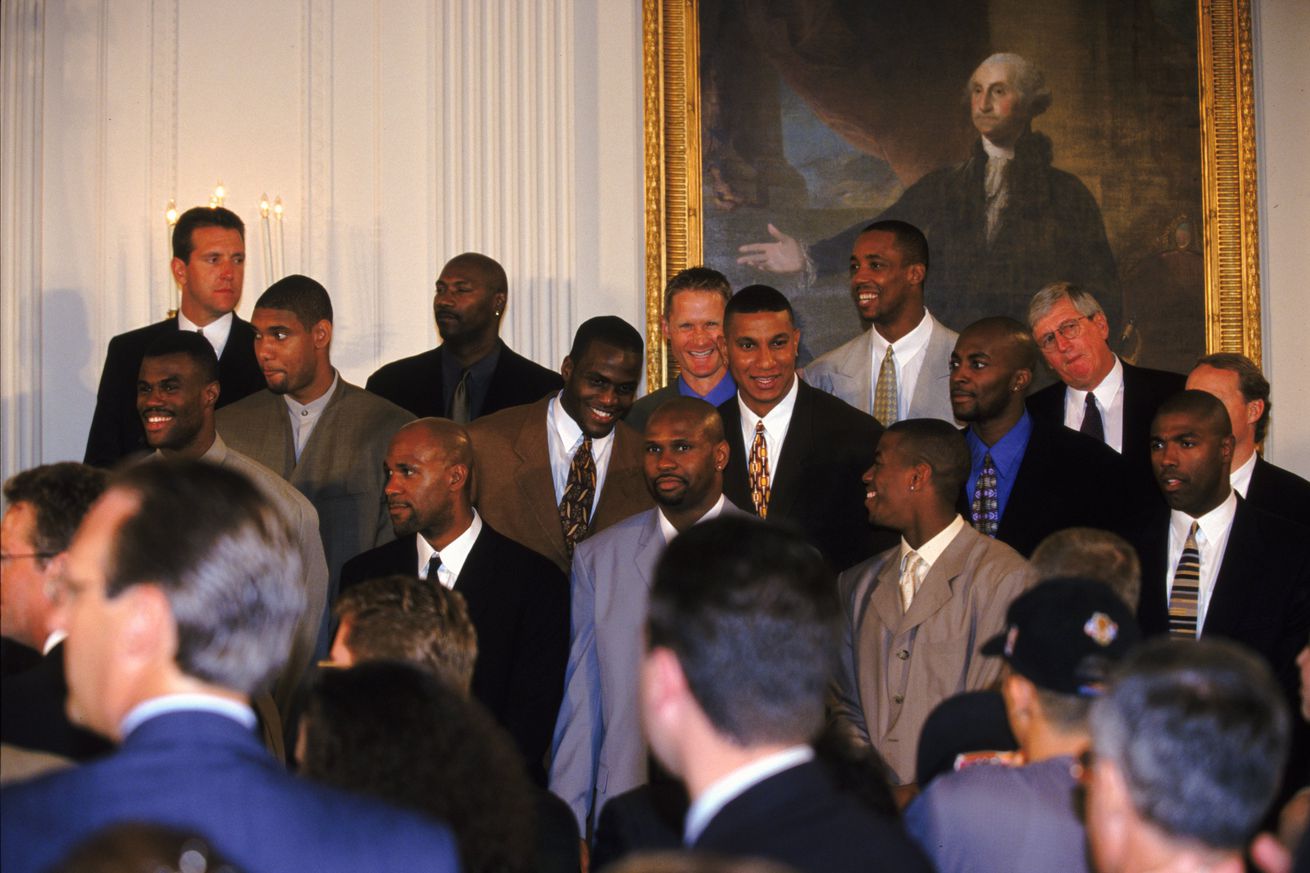 Not nearly as useless as an exit poll, but more important than a BuzzFeed online quiz…

On election day, in honor of this beautiful social experiment known as representative democracy, I thought I would compile a list of the greatest San Antonio Spurs and who would be their U.S. President spirit executive.* While I had to take U.S. History Pre-Civil War twice, it somehow became my only true knowledge of U.S. History besides that I’ve seen the play Hamilton, so please take this list with a grain of salt … or a chest of tea dumped in Boston Harbor.

George Gervin – He is the first of the greats. A great first of other greats to come after him. Everything we know and love about the Spurs started with this man whose unquestioned talent is only overshadowed by his reputation as a person of class as well as his generous contributions to the community. Since his first name is George, it’s only fitting that his counterpart is George Washington.

David Robinson – His legacy persists. An important person that no doubt wielded tremendous influence during his long tenure. Without The Admiral, the Spurs were a team without a great leader to lead them to world-renown achievements. The Fantastic David Robinson (let’s just call him the Fantastic David Robinson so I can shorten it to FDR to make an even stronger connection) was there in San Antonio during a depression of NBA titles; but he stuck with the team and the city through it all. There would not be an NBA team in San Antonio without David Robinson. The FDR put the San Antonio Spurs on the map much like President Franklin D. Roosevelt asserted the United States’ place in global politics when the U.S. joined World War II, turning the tide in favor of the Allied powers. Both men shared an understated grace in their leadership. As a gregarious man, David Robinson exhibits that humble greatness in representing the Spurs.

Tim Duncan – Born in the Caribbean, is an underappreciated genius, and he probably knows Lin-Manuel Miranda. You could compare Tim Duncan to Alexander Hamilton, but since Ham was never a president, let’s go with Abraham Lincoln as he maintains a secure perch atop historians’ presidential rankings. It should come as no surprise that I place Tim Duncan in Lincoln’s stratosphere. A universally revered figure who has seen the best and the worst of the Spurs, number 21 is a lot like number 16 in that his stalwart leadership and character is self-evident. He will be consistently ranked among the greatest of the greats, and we were all lucky to witness Duncan’s brilliant play over one-score-minus-one (19) seasons. And yet he’s still a vastly underrated, underappreciated genius.

Tony Parker – While I don’t agree, some consider that Parker has a mixed legacy, much like the author of the Declaration of Independence, Thomas Jefferson. No matter what his biggest critics might think, the Spurs owe their continued success beyond Duncan’s peak years to Tony Parker’s leadership and offensive authorship as a floor general. And given the obvious French connection, it was not hard to associate the former ambassador to France, with the former captain of the French national team.

Manu Ginobili – Fearless. Cavalier (not the Cleveland kind). Bigger than life. Bold. We could be talking about Teddy Roosevelt or one Manu Ginóbili. As President of the United States, Theodore Roosevelt also became the first American to win a Nobel Prize for facilitating the end of the Russo-Japanese War. He also resolved a dispute with Mexico through arbitration. Manu would have done all of those things in less minutes and with a better PER (Presidential Efficiency Rating).

Gregg Popovich – Although Ben Franklin was never elected President of the United States, he’s on the one hundred-dollar bill. That is to say, although Gregg Popovich never played in the NBA, he should be on the one trillion-Bitcoin coin or however Bitcoin works. Franklin was a genius polymath who excelled at whatever he attempted–including elder statesman of a young country. I think in another life, Popovich would have also excelled as a statesperson (or CIA agent if he wasn’t already one as widely suspected). Much like Franklin’s indelible mark on America, Popovich’s lasting legacy on the Spurs will endure long after he decides to retire.

Kawhi Leonard – I would be remiss if I did not acknowledge the important and substantial role Kawhi Leonard has in Spurs history. A defensive phenom who grew into an offensive threat that garnered serious MVP considerations in his final seasons with the Spurs, the once Chosen One connects to Benedict Arnold, whose name became a byword for treason and betrayal. Although if you ask the most hurt Spurs fans these days, they will most certainly tell you that Leonard was a Benedict Arnold. I’ll leave it as they both played for the good guys and then ended up working for another country outside of the United States.

*I reserve the American right to revisit this list when considering LaMarcus Aldridge, DeMar DeRozan, etc. in the future, depending on how many more seasons and how many more titles accompany their continued tenure with the Silver and Black.