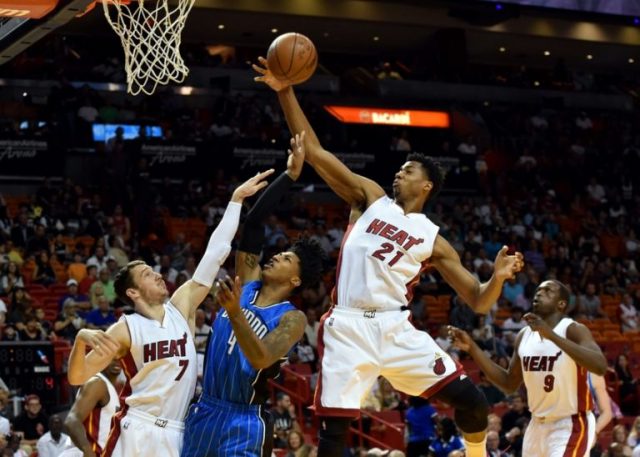 Marc Stein and Ramona Shelburne of ESPN are reporting that the Los Angeles Lakers will make a tenacious run at signing free agent center Hassan Whiteside.

Whiteside is coming off a season in which he lead the NBA by averaging 3.7 blocks per game and provided interior defense deemed worthy of finishing 3rd in the voting for Defensive Player of the Year.

Whiteside is one of the most talented young centers in the game, but his career has been plagued with erratic behavior and less than ideal relationships with teammates.

He’d be a character risk for any team, but his ability on both ends of the court are too enticing to not invest a large sum of money in his potential to become maybe the best center in basketball.

The Spurs have not been officially linked to Whiteside, but I’ve written about what a great addition he’d be to a defense that already ranked at the top of the NBA.

Kawhi Leonard is the best perimeter defender in basketball, and Whiteside could very well be the best interior defender in the league. That one-two punch alone would take an already elite defense to the next level….Read More