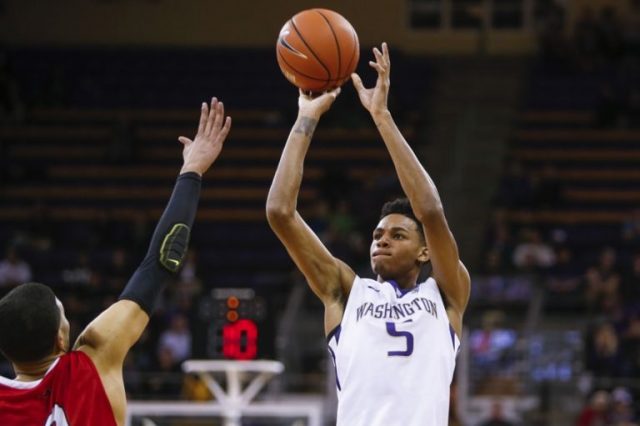 Guard depth is suddenly looking like a team need for the Spurs. Tony Parker is declining, Manu Ginobili is contemplating retirement, and Patty Mills is a free agent after next season. Murray could be the next piece brought in by the Spurs to bolster the team.

Murray was named Washington Mr. Basketball in 2015 before having an impressive freshman season at the University of Washington. Previous winners of that award have included Zach LaVine, Spencer Hawes, and Aaron Brooks, indicating that the honor has often lead to NBA success.

Murray made the Second Team All-Pac-12 by averaging 16.1 points per game, 6.0 rebounds per game, and 4.4 assists per game. He showed that he has the ability to fill up a stat sheet, and his 6’5’’ frame helps him corral an impressive amount of rebounds for his position.

Despite his solid height for the point guard position, he’s still very skinny, and needs to add some bulk. He weighed in at only 162 LBS, and staying at that weight would put him at risk of being pushed around by more physical point guards in the NBA….Read More