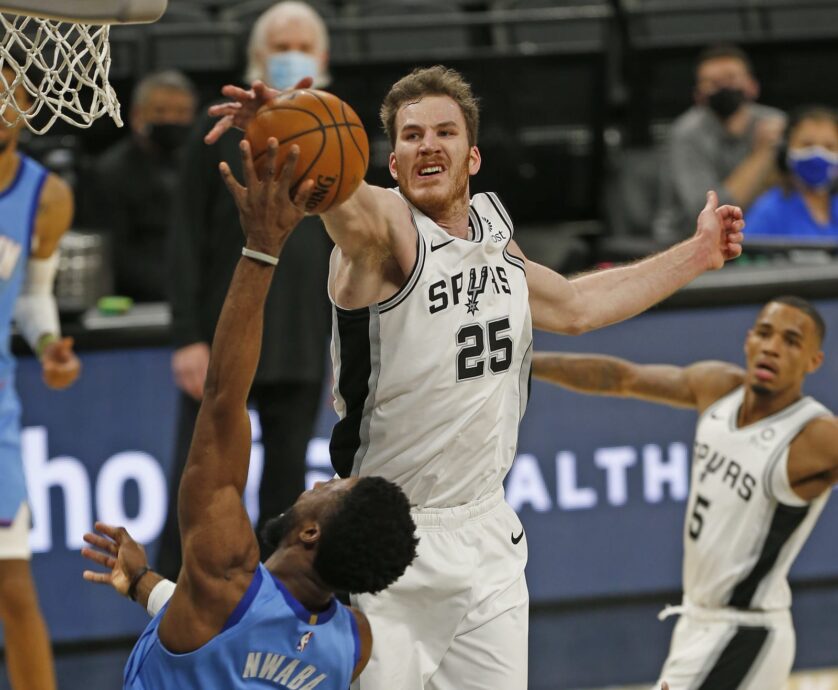 Here at Air Alamo, we’ve recently touched on big picture issues regarding this year’s San Antonio Spurs. We’ve talked about their performance this year against our pre-season expectations of the team, the best performers of the young season, and also analyzed the underlying rebounding issues plaguing the team.

But one problem we haven’t yet addressed is the medium-sized elephant in the room — one that’s both big enough to cost the Spurs true championship contender aspirations and small enough to linger through the season if not adequately addressed. It’s time to address one of the most puzzling, under-talked about elements of the season: The Spurs’ pedestrian but not overtly terrible defense.

The San Antonio Spurs built their legacy on defense

Perhaps the oldest cliché in basketball is “defense wins championships.” As Spurs fans well know, this is true, as the team doesn’t win any of its championships without playing lockdown defense and scoring just enough points to win title after title. The anchor of those five rings, Tim Duncan, recently said as much himself on The Ringer’s “Real Ones” Podcast, attributing most of the Spurs’ success to being able to consistently hold teams to the 90s and below.

But this cliché has become so — well, cliché, that defense is often ignored. It’s not as sexy as the eye-popping dunk or the step-back three, never was, and never will be. But it feels like more than just that recently as the NBA’s continued evolution into a more offense-driven league over this past decade and a half make it harder and harder to stand by this old adage.