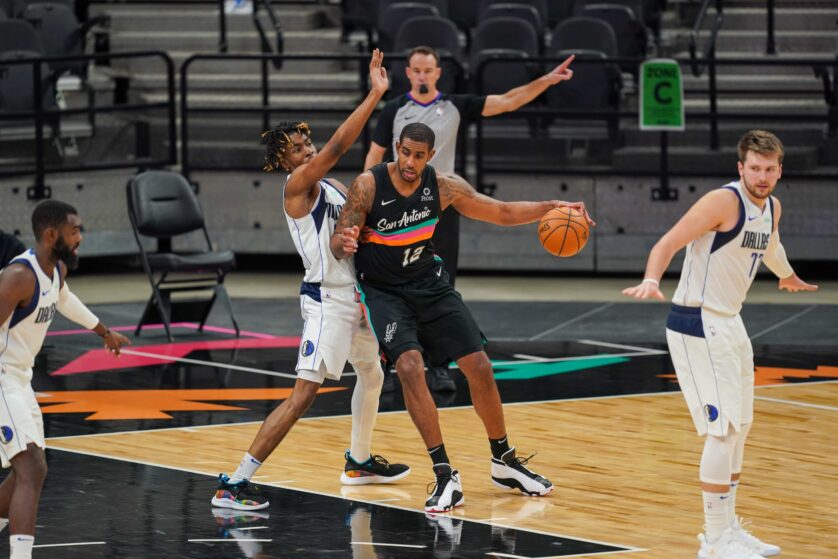 If there is one thing that we can definitively say about this year’s San Antonio Spurs team it is that they are vastly different from the group that we saw last year. The roster is largely the same, but the energy around this squad, even on down nights, is unlike what we saw last year.

We knew that change was coming. Given the success that San Antonio had in the bubble over the summer and the organization-wide insistence that the team would try to maintain that style of play what we’ve seen on the court is largely what we expected.

The Spurs have gone smaller, played a more free-wheeling drive and kick style of basketball, and have largely cut out the possessions that ended with DeMar DeRozan or LaMarcus Aldridge pounding the ball into the floor before settling for a contested mid-range jumper. It’s been a refreshing change of pace, but the results have been a mixed bag.

San Antonio hasn’t stunned us in any earth-shattering way but they’re 8-8, in 10th place in the Western Conference, and are still very capable of making the playoffs. They’ve still got plenty of time to blow us all away by doing some out of the norm like making a trade.

But until then, here are the biggest surprises we’ve seen from the Spurs through the first month of the season.

Last season, even as the San Antonio Spurs struggled to string together wins, they were able to rely on LaMarcus Aldridge’s scoring to be there for them on a night to night basis. That hasn’t been the case this year.

We’re only 16 games into the season and LaMarcus already has three games where he’s scored under 10 points. In all three contests, he’s been held to just four points. For context, he only failed to score in double digits six times all of last season and failed to cross the four-point mark just once.

On the opposite end of the spectrum, Aldridge has also had his fair share of games where he’s been a lead scoring option for the Spurs. He’s helped them keep games close, as he did last night against the Mavericks, and has carried them to wins as he did in big road games against Portland and the Lakers.

The setbacks Aldridge has had to overcome do offer some explanation for his up and down play. Remember, he had shoulder surgery back in June and spent most of the summer and the offseason recovering from that. Knee pains have also caused him to miss time this season.

The injuries and the many miles Aldridge has put on his body might finally be catching up to him. The player we’ve seen this season bears little resemblance to the one who could be counted on to lead the Spurs any given night just a year ago.