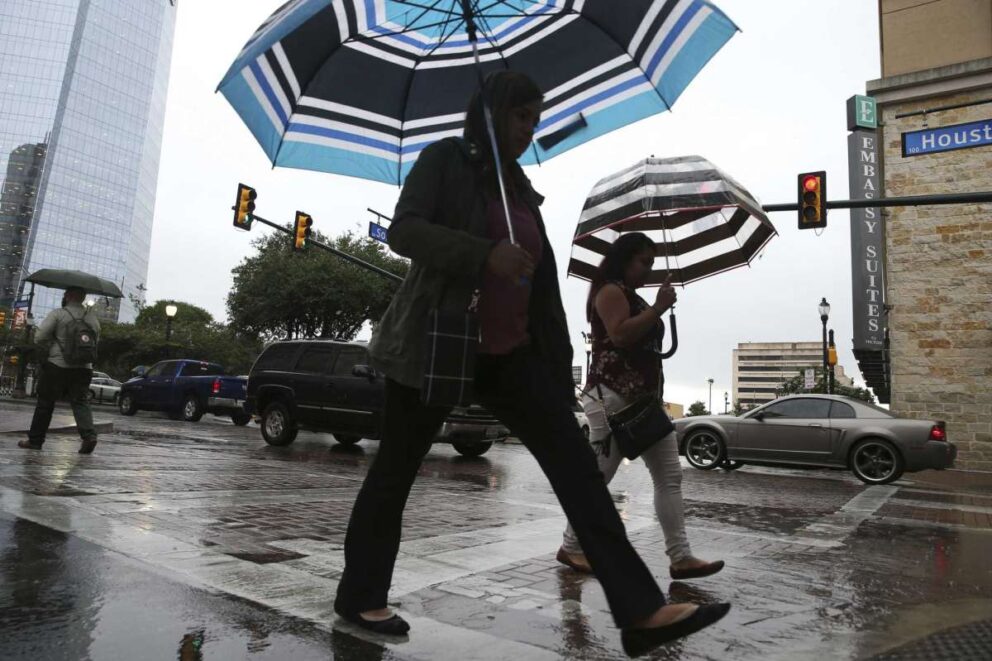 Residents and visitors spending Thanksgiving in the Alamo City will want to take note of the weekend forecast, which will include a mix of rain showers and cooler temperatures.

Thanksgiving will start off with a cold front early Thursday morning accompanied by rain showers likely to begin overnight, according to the National Weather Service. There is even a possibility for some mid-day thunderstorms. The rain is not expected to be strong enough to cause flooding, such cases should be “isolated and minor,” reports NWS.

While areas south of San Antonio may continue to get rain in the afternoon, most of the wet weather conditions in the city will be limited to the morning.

San Antonians can also expect mostly cloudy skies, strong winds (we’re talking up to 25 miles per hour), and chilly temperatures later in the day Thursday. Folks starting early with their Black Friday shopping (or at least waiting in line) may want to bundle up considering that overnight temperatures are predicted to be in the mid-40s.

Friday – or Black Friday, to those who celebrate one of the busiest shopping days of the year – will be cool as well, with temperatures in the 40s earlier in the day before a more temperature afternoon in the 60s.

Saturday, meanwhile, may see a return of rain, though much lighter than Thursday, while temperatures inch into the 50s. If you’re traveling on Saturday, be sure to drive with caution.

The holiday weekend is expected to end much drier and a bit warmer. There’s only a 20 percent chance of rain before 7 a.m. on Sunday. The forecast calls for temperatures in the 60s during the day.