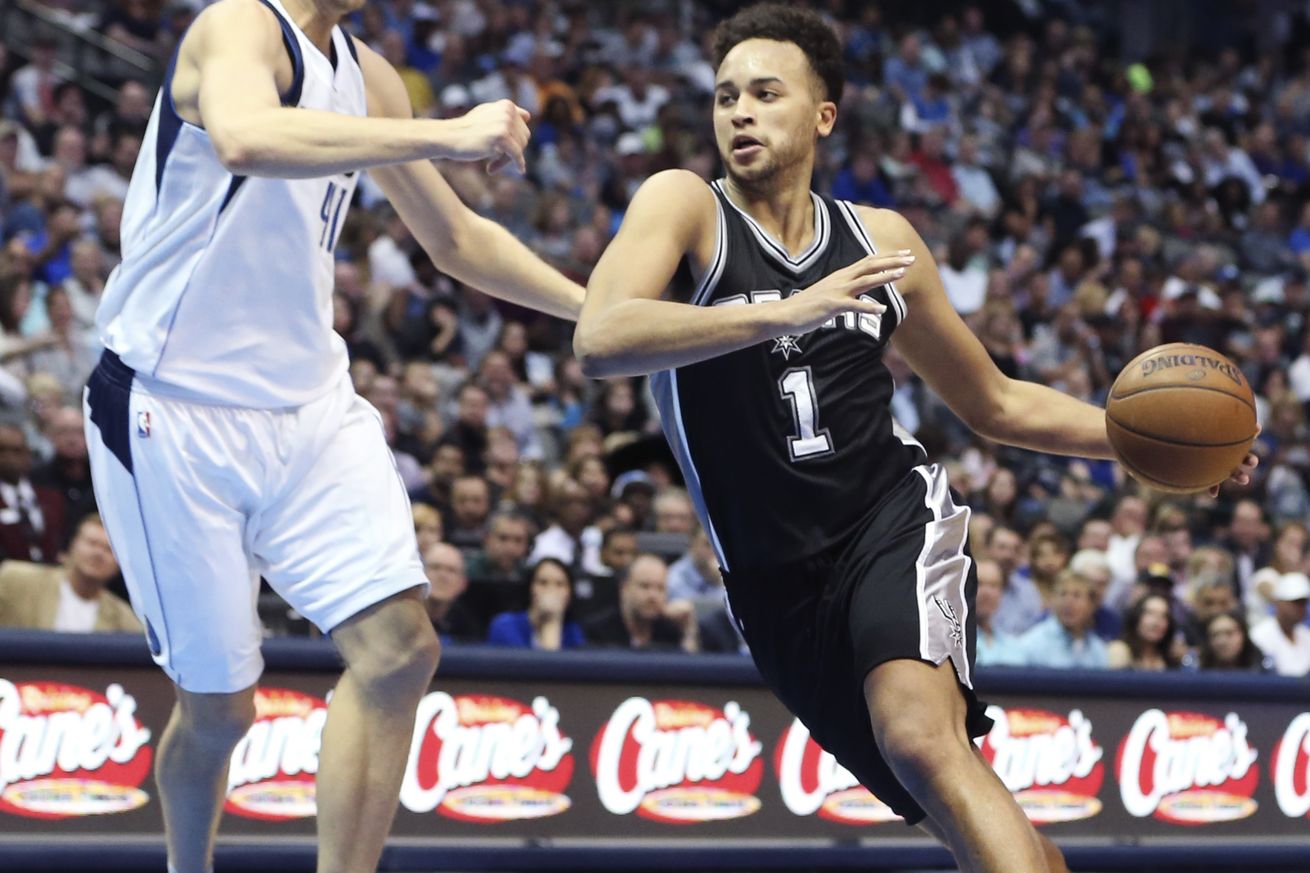 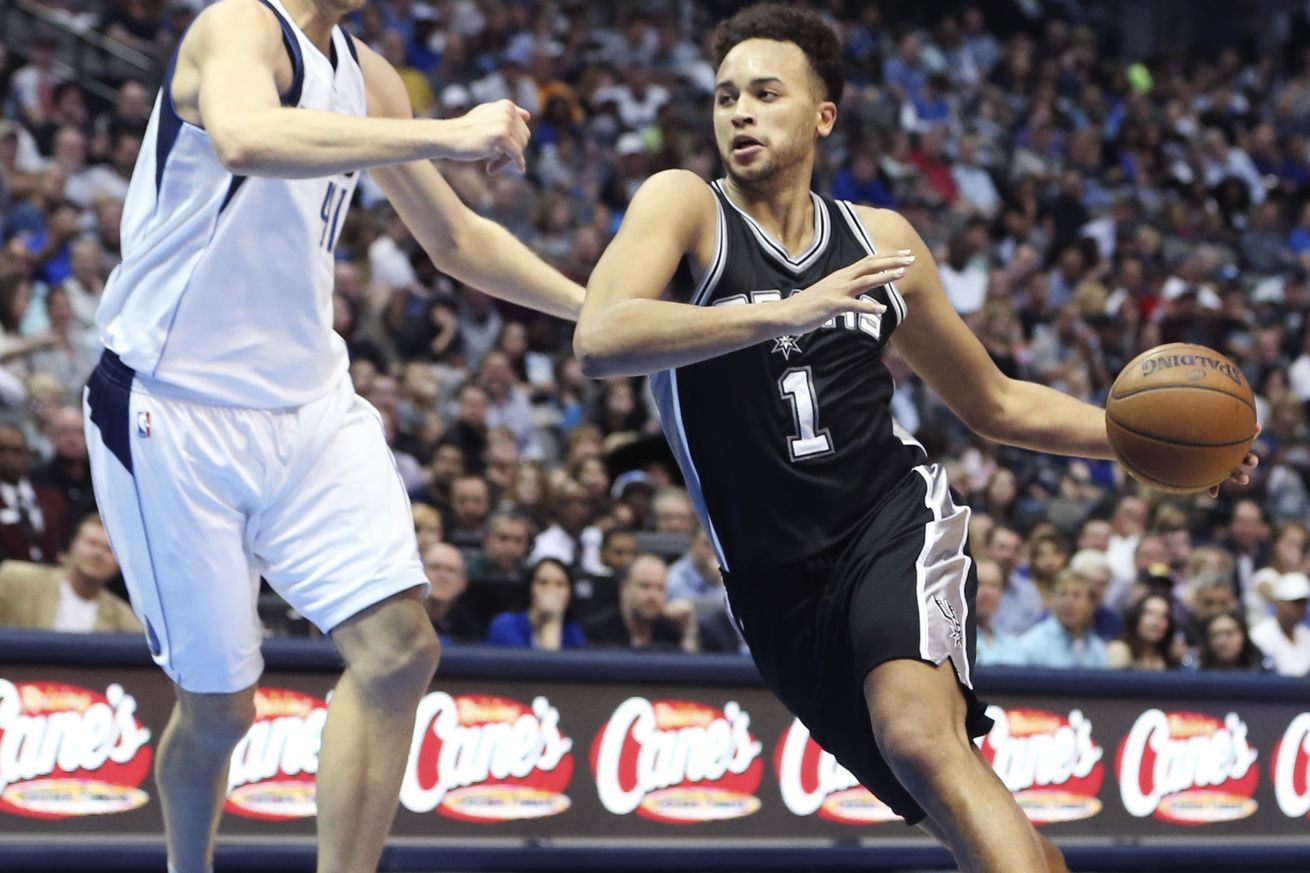 San Antonio went to Dallas with an 8-man rotation, with Dedmon being the only regular starter to stay in the lineup. Tony dressed, but never saw the court as the visitors were down big early, but gelled by the mid third quarter to take the lead and end the game without much fight by the Mavs, who scored only 28 in the second half.

The Spurs threw out a starting lineup of Dewayne Dedmon, Davis Bertans, Jonathan Simmons, Patty Mills, and Kyle Anderson Friday night in Dallas. The Mavs were missing Steph Curry. The Dedmon-Noel matchup was entertaining early on with athletic moves and dunks from both players. The Spurs ended the first down 26-20 thanks to 30% shooting, including 0-7 from 3. Dedmon led Spurs with 6 points early on.

Mavs stretched the lead to 16 in the second, thanks to the Spurs allowing a layup line to the Mavs but the Spurs managed to bring it back to 11 by halftime. Bryn Forbes led with 22 as the Spurs went into the half down 61-50, shooting 37.3 percent in the process.

San Antonio started the second half on an 8-0 run and eventually taking the lead 68-67 after another run of 7-0. San Antonio ended the third up 75-69 thanks to 27 by Forbes to lead all scorers, including 4-8 from deep. The Spurs kept the Mavs to 8 points in the quarter, and Bertans helped the visitors with 13 points. Dwight Powell led the Mavs with 10 and 5 players had 8 for the Mavs.

The Mavs didn’t score until 2.5 minutes into the fourth on a three by Yogi Ferrell, and the Mavs called their timeout after an 8-3 run by the Spurs. Davis Bertans came alive in the fourth to end the game with 19 on 7-13 shooting, including 5-8 from 3. After abysmal shooting the the first half, the Spurs improved to end the game with a solid 41.7% FG. Dallas only had 2 players in double figures, while the Spurs had 5.

The Spurs locked up a first round matchup with Memphis tonight, with 3 games left in the season, including a SEGABABA tomorrow in San Antonio against the Clippers.