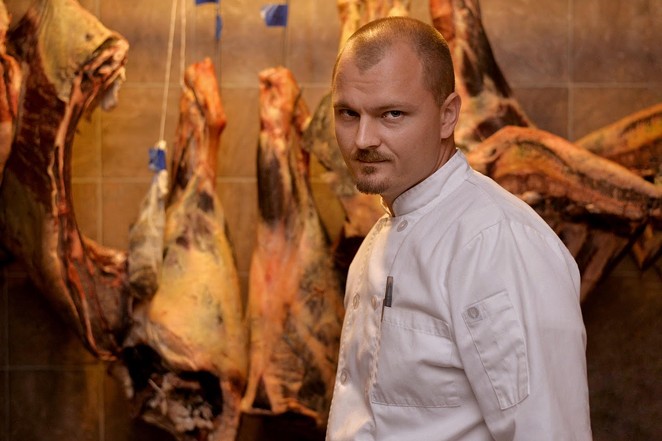 After turning his flagship fine-dining establishment Restaurant Gwendolyn into a curbside grocery during the pandemic, renowned SA chef Michael Sohocki has launched a weekly video series showing how to cook what he sells.

Sohocki says his motivation isn’t moving more groceries but better connecting people with food and helping them make use of what’s available in their pantries right now.

“In the videos, I’m trying to feature things that are the most flexible, so people can work with what they have on hand,” said Sohocki, whom the Current recently named one its five Maverick Chefs. “I’m thinking more in terms of a preparation method than a recipe for a specific dish.”

Sohocki’s first lesson, on how to make Italian minestrone soup, is available now. New episodes will go online every Thursday on Restaurant Gwendolyn’s Instagram account. Up next are videos on how to make a South Asian coconut milk-based curry, a Korean-inspired savory pancake and gnocchi — Italian dumplings typically sauced and eaten like pasta.

The online series may seem out of character for Sohocki, who eschews electrical equipment in his kitchens and has no personal social media accounts. However, he said he’s drawn to help people understand cooking at its most basic level — something forgotten even in our current food-obsessed culture.

“There’s this incredible schism in the social conscience when it comes to food,” he said. “We have developed this fascination with restaurants and celebrity chefs and specialty ingredients, but as popular as those things are in our media, people become incredibly disconnected from the hammer-and-nails side of food preparation.”

“I’m going to eat the cost of packaging, delivery and distribution,” he said. “We’re trying to find someone to cover the food costs.”