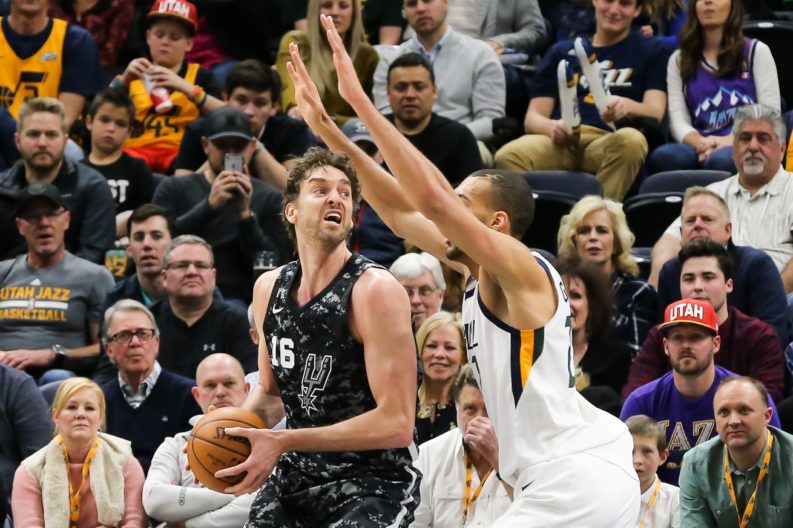 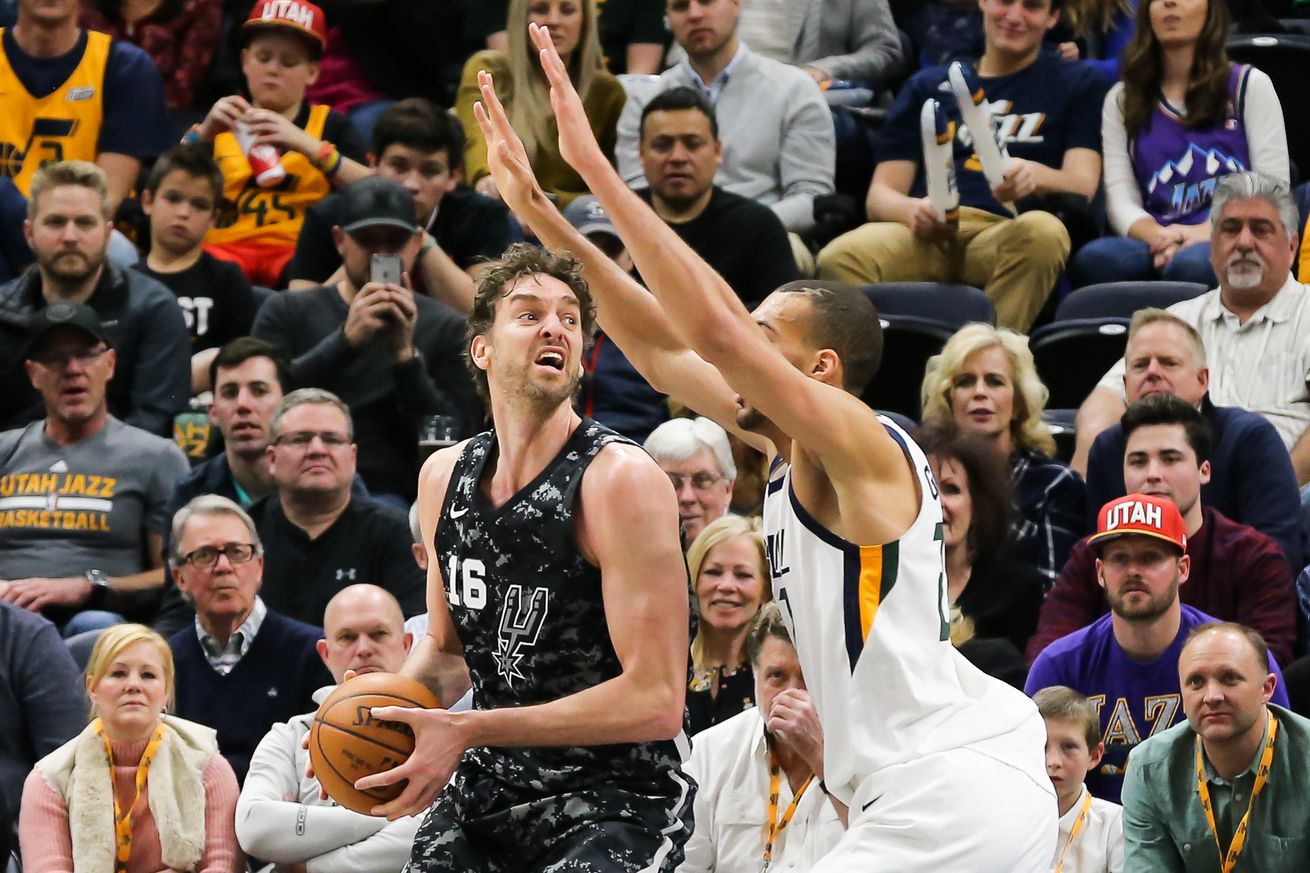 The Spurs ended up on the wrong side of a back and forth ending.

The Spurs fought hard and had victory in the palm of their hands, but it slipped out in the final minutes of a tough, chippy 101-99 loss to the Utah Jazz. Minus their top three scorers in LaMarcus Aldridge, Kawhi Leonard and Rudy Gay, the Spurs couldn’t score enough down the stretch to hold off the red-hot Jazz and stop their now 10-game winning streak.

After the Jazz took a 54-48 lead at the at half largely thanks to a huge advantage from three — the Jazz shot 8-16 in the first half, the Spurs only hit 1-11 — the Spurs came out fighting in the third quarter, outscoring Utah 29-15 while hitting 4 of 7 threes. The Spurs got up by as much as 13 early in fourth quarter, but the Jazz pulled off an 18-4 run to retake lead with four minutes left. A back-and-fourth final few minutes saw the Jazz come out on top after the Spurs completely botched their final possession.

Six Spurs scored in double figures, led by 16 from Kyle Anderson, but it wasn’t enough to overcome 25 points from Utah’s wonder-rookie Donovan Mitchell and 20 points from Joe Ingles. The Spurs fall to 35-23 (13-17 on the road) and 1-2 on the Rodeo Road Trip.

The Spurs are headed to Denver for a back-to-back tomorrow night against the Nuggets in the last game before the All-Star Break. Tip-off will be at 9:30 PM CT.