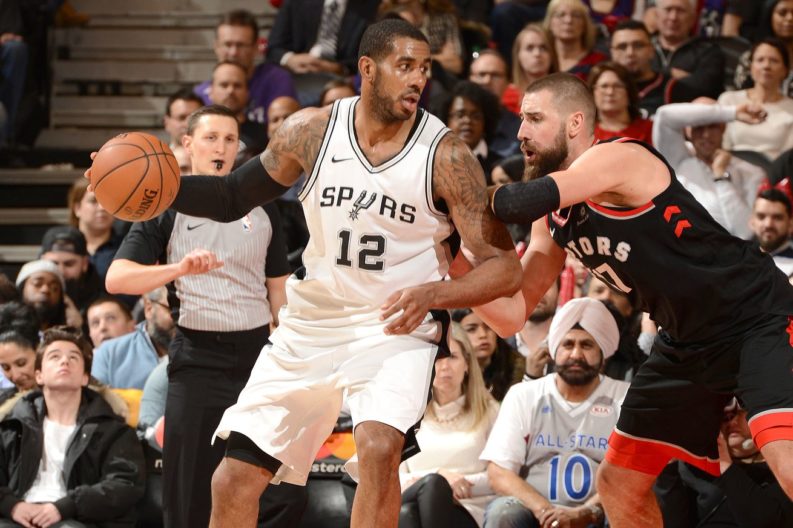 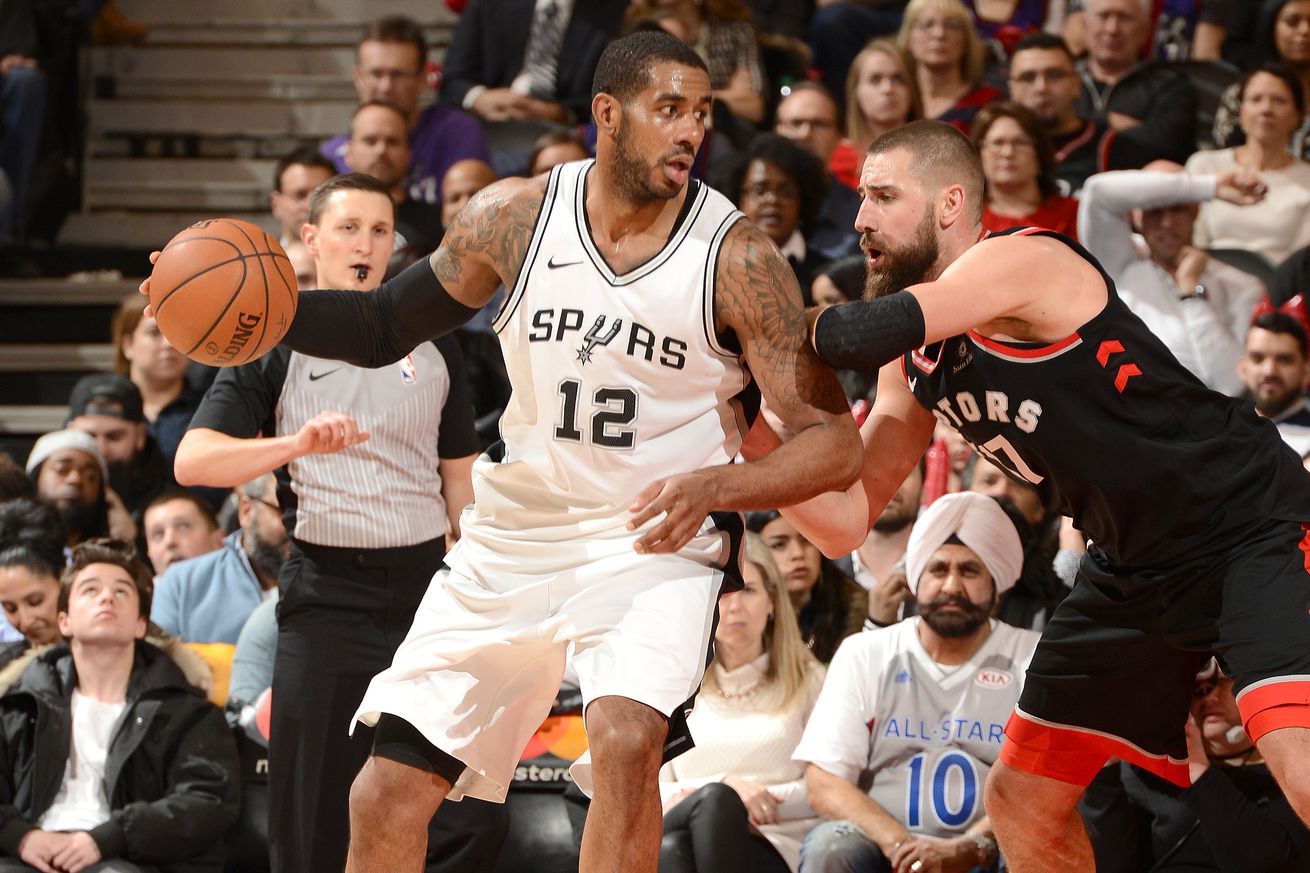 A strong home team met a struggling road team in Toronto Friday night. After a Brooklyn Nets game that LaMarcus Aldridge and Patty Mills combined for 59 points, the Spurs were hoping to get another hot shooting combo together to compete against the Eastern conference 2 seed Raptors. Early in the game, LMA hit a three to push him over the 1,000 point mark to join LeBron James as the only players to reach 1,000 points every season for the last 11 seasons.

LaMarcus and LeBron as the only players of the last 11 seasons… pic.twitter.com/VsGfmzLwc6

But the cold scoring epidemic the Silver and Black have been trying to overcome continued in the frozen north of Ontario.

After Aldridge’s first three points, he went cold, scoring only 5 points total in the half. The only Spur in double digits by the end of the first 24 minutes was Pau Gasol who had 10 points with 1 assist and 3 rebounds. Patty Mills contributed by going three for six and adding 9 points.

The ball moved well on offense and defense was switching well. On a couple of possessions, Dejounte Murray’s length bothered Raptor guards enough that they passed away from him. But as the half continued, the Spurs shots weren’t falling, while the Raptors hit just about everything. The Raps went on a 9-0 run in the 1st quarter where the Spurs couldn’t score for almost 5 minutes, and a 7-0 run in the 2nd that the good guys couldn’t answer.

What can you say about the start of the second half? Ugly. The Spurs went (between the 2nd quarter and start of the 3rd) without making a basket for 7:48 – missing 16 shots in a row. Jonas Valanciunas muscled his way to keeping the Raptors on top.

Then LMA got fouled at the 8:28 mark of the 3rd and it woke up the monster. The Spurs started getting it to Aldridge down low, and he started getting physical with whoever was on him.

The Spurs defense when their shooting went cold kept them in the game until the shots started falling.

Kyle Anderson started to get aggressive and poked at the ball for a steal and after running the floor was rewarded with a three point shot. Minutes later he blocked shot and passed it long to Murray who had a strong dunk.

Then the Spurs went on their own run of 19-6 that whittled the lead down to 3 points by the end of the 3rd. LMA scored 12 points in the quarter and pulled down 6 rebounds as he started to get hot.

The 4th quarter started how the 3rd ended, with the Silver and Black keeping it close. But the Raptors orchestrated their own run to keep the lead just out of reach.