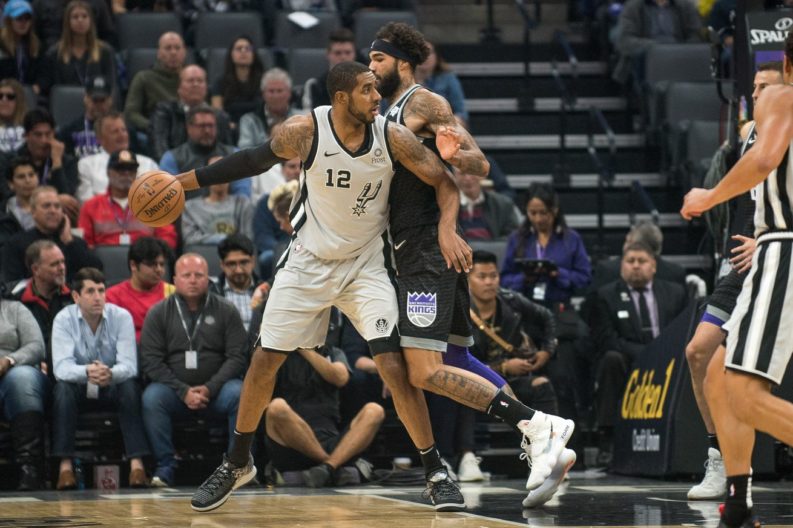 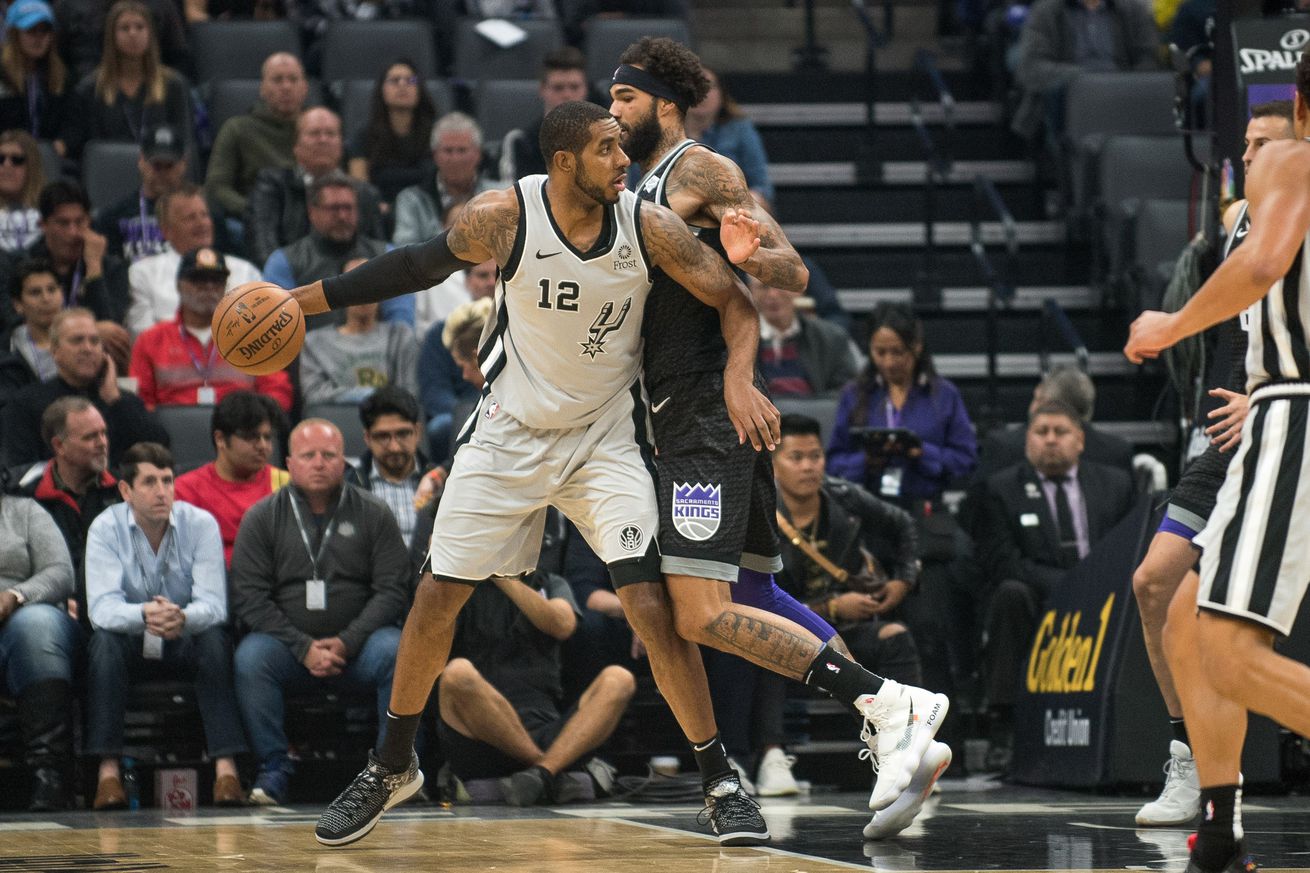 Vladi Dadi he likes to party. He’s the vice president of basketball operations. The Sacramento Kings bother everybody (with their youth and athleticism).

Hoping to put together a winning streak at the start of their mini three-game road trip, the San Antonio Spurs fell short in Sacramento.

After smoke from the California wildfires filled the arena on Saturday for the Sacramento Kings – Los Angeles Lakers game, officials worked to ensure that the building was mostly clear of smoke. Here’s hoping the good people of California soon see an end to the fires devastating the state.

Derrick White started for San Antonio (third straight), and Rudy Gay returned to action at the end of the first quarter. Gay wasted no time drilling his first three. The Spurs certainly welcomed Mr-56%-from-beyond-the-arc back. For the Kings, Buddy Hield was everywhere. His energy garnered two threes in a row and a steal in a blur of three straight possessions. Gay finished the quarter the same way he started the game: drilling a three to tie the score.

After taking the lead for a bit, the Spurs’ Davis Bertans left the game after a hit to the face and the Spurs fell quickly back behind the Kings. Throughout the game, Sacramento seemed like they could go on an extended run at any moment, mostly due to defensive miscommunication by the Spurs. Fortunately, White and Dante Cunningham carried the scoring bulk for the Spurs during a run to cut into the Kings’ lead. A Spurs scoring blitz allowed the Spurs to momentarily take the lead. The rest of the quarter was a battle back and forth to a 56-55 score with the Kings up at halftime. The score reflected a low turnover but quick-paced first half.

The Spurs and Kings continued to trade blows to start the second half. For most of the game, the Spurs stuck to a small ball lineup with LaMarcus Aldridge at center. Sacramento can score in bunches, which was a testament to the Spurs efforts on defense because the game felt like the Kings would take a double digit lead at any moment. DeMar DeRozan’s trips to the line briefly slowed the game down in the Spurs’ favor. The a hectic barrage of scoring end the third quarter with the Kings holding onto a thin-edge lead of 77-76.

The fourth quarter continued at a manic pace with the Spurs taking a quick lead only to give it up (15 total lead changes in this game). The Kings started to pull away behind a flurry of threes. A brief tie lasted as long as it took for the Kings to put up another three point attempt. Hield’s face gushing blood symbolized the trading of punches that ultimately ended with the Kings knocking down the Spurs for the first time in 14 games. The King’s potent offense combined with the Spurs’ turnovers toward the end of the game proved to be too much for the good guys. Hopefully the Spurs can clean up their late game defense and ball control to return to the win column soon.

San Antonio travels next to Phoenix (2-11) to take on the Suns Wednesday night.