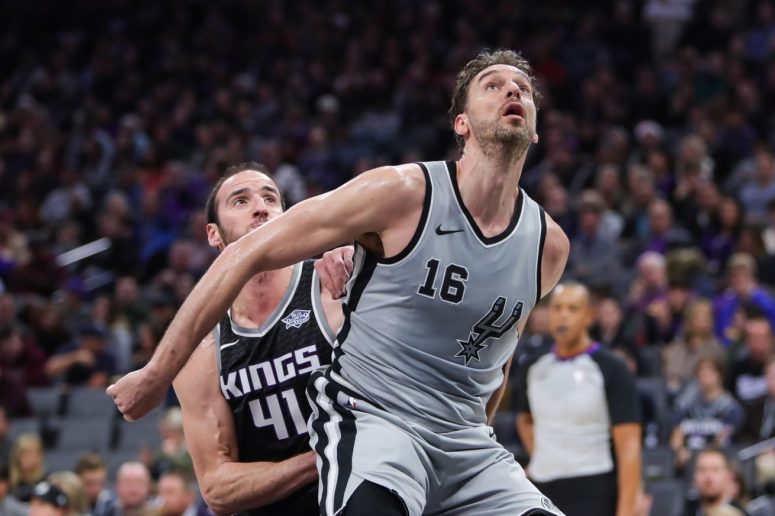 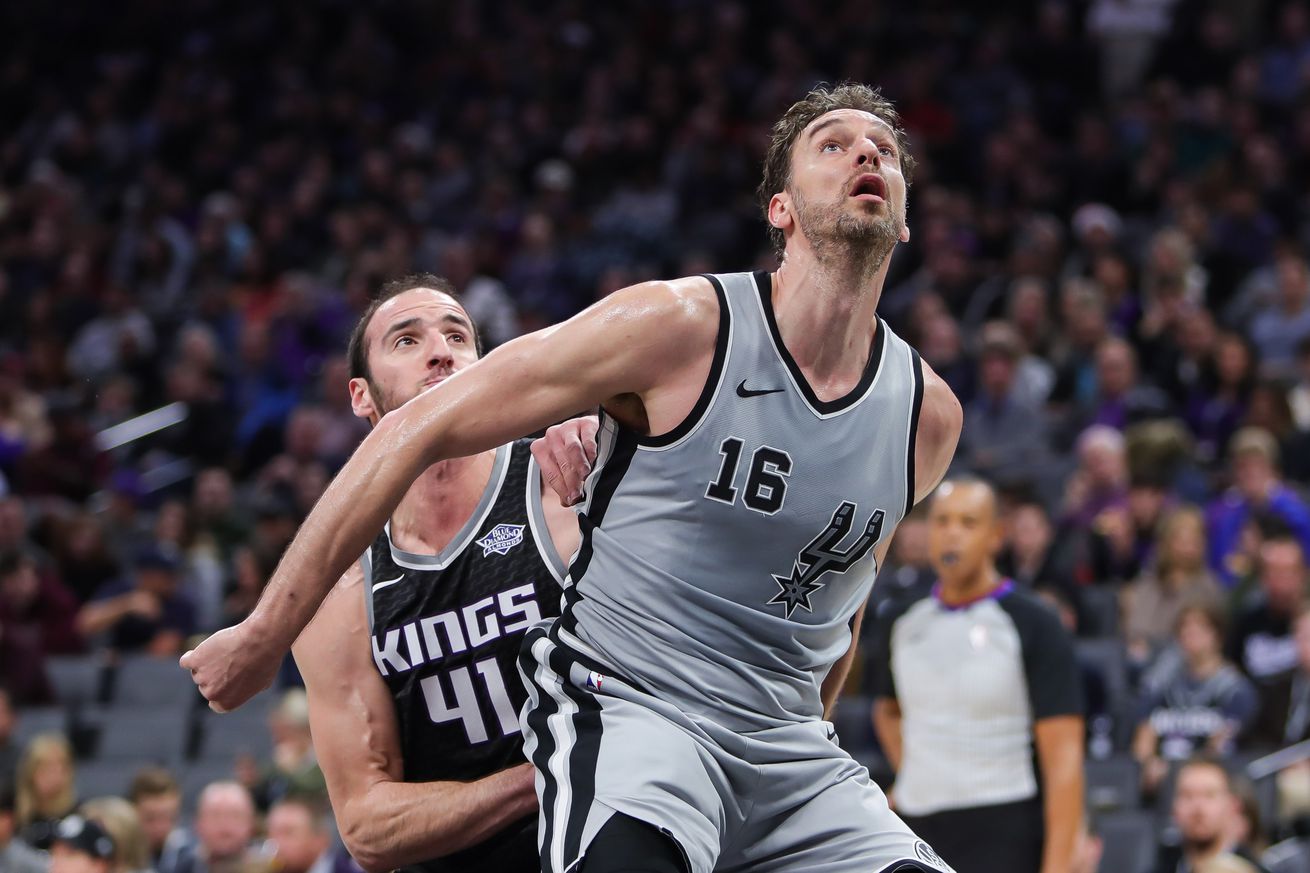 Big nights from Aldridge and Gasol helped the Spurs head into Christmas with a win.

The Spurs went into Sacramento off a loss to the Utah Jazz hoping to end their three-game road trip on a high note before getting their first Christmas off in eight years. After averaging just 91 points in their previous two games, the Spurs rediscovered their offense on the way to a 108-99 win that never felt in doubt.

Without Kawhi Leonard (injury management) and Danny Green (groin), the arc was wide open for second-year guard Buddy Hield, who led the way for the Kings with 24 points on 4-7 from three. He played an especially big role in keeping the Kings in it in the second half every time the Spurs threatened to turn this one into a blowout.

Big man Willie Cauley-Stein also had a big night with a 22 point, 11 rebound double-double, but that wasn’t enough for the Kings to overcome to potent duo of LaMarcus Aldridge and Pau Gasol and some classic Spurs offense. When both of the big men are on their game, the Spurs are nearly impossible to beat. Aldridge posted 29 points and 10 rebounds, while Gasol posted a triple-double of 14 points, 11 rebounds and 10 assists.

Manu Ginobili and Dejounte Murray also contributed 15 and 13 points off the bench, respectively, and with 29 total assists it was more of what we expect from the Spurs than what we’ve seen over the last couple of weeks, especially on the road. The Spurs improve to 23-11 overall and 8-9 on the road.

The Spurs have the holidays off before returning to the AT&T Center to take on the Brooklyn Nets on Tuesday. Tip-off will be at 7:30 PM CT.