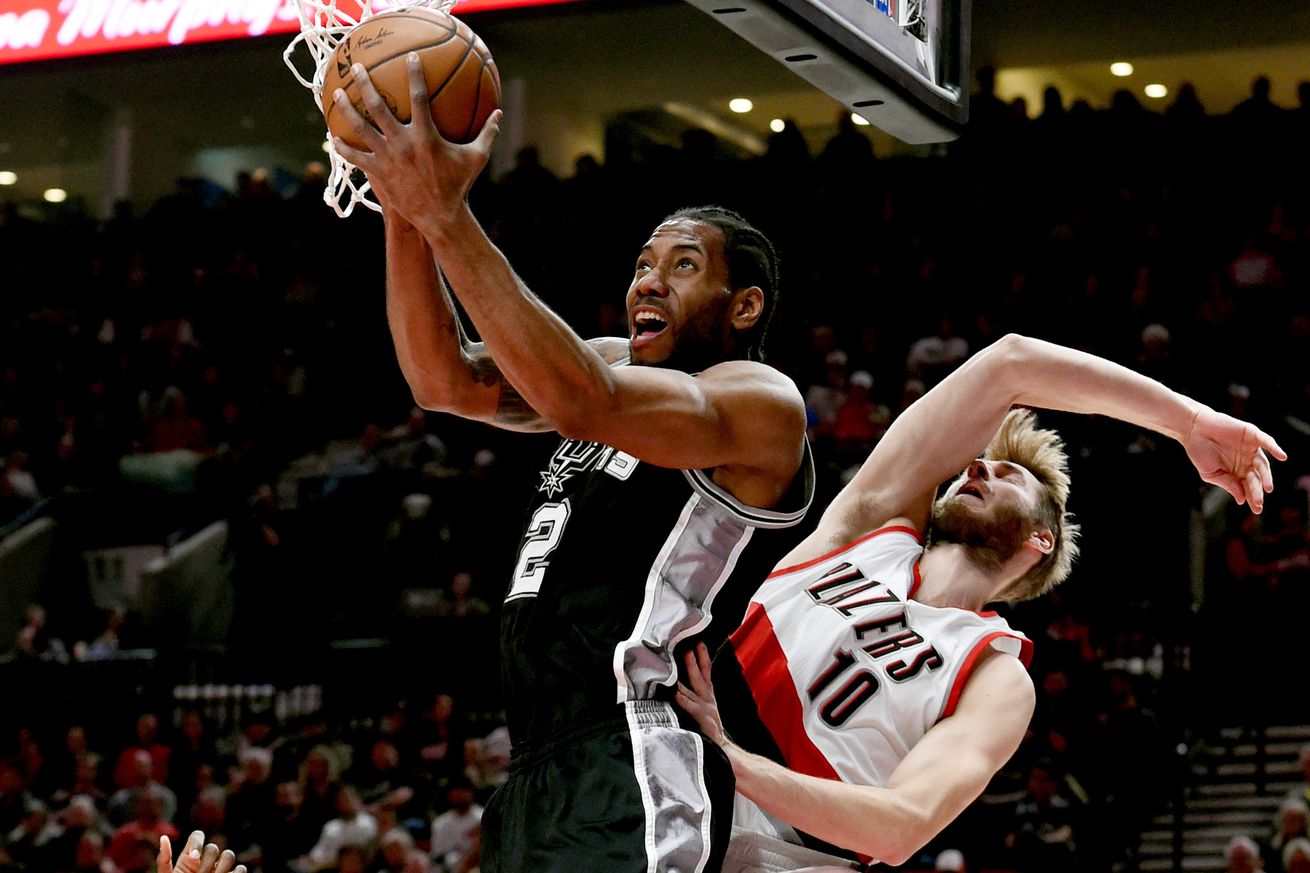 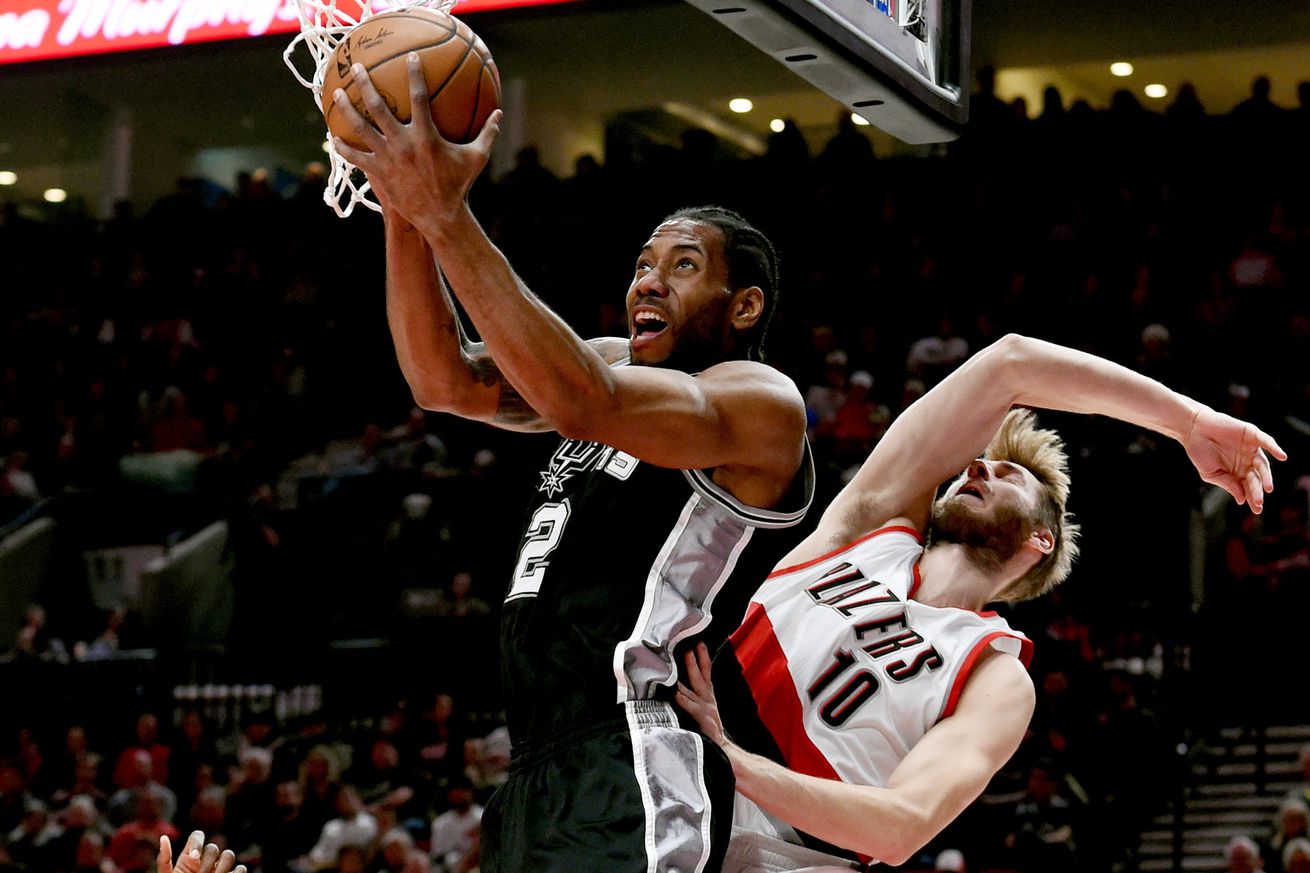 The Spurs third unit couldn’t close out an exciting fourth quarter against the undermanned Blazers.

Disappointed in his team’s effort level last week, Coach Gregg Popovich said he was done resting players, especially with no back-to-backs or crazy traveling between the final two games of the season. On the other hand, the Portland Trail Blazers chose to rest and nurse some injuries after a Russell Westbrook buzzer-beater knocked the Denver Nuggets out of the playoff hunt and assured Terry Stotts’ club the final seed.

After a meh first half of the Spurs regular rotation vs. the Blazers minus six players (including Damian Lillard and CJ McCollum), the Spurs had a better third quarter to take the lead, and Pop give the third string a chance to win it in the fourth quarter. They came oh so close, but a series of mistakes and unfortunate events brought them up just short.

LaMarcus Aldridge hit his first two shots against his old club, but the Blazers hit four threes on their way to an early 20-13 lead. The Spurs bench came in and started moving the ball better on offense, and despite allowing Portland to shoot 7-10 from three in the first quarter (Meyers Leonard alone was 3-3), the Spurs were only down 31-28 at the end of the quarter (and it could have been tied, but Manu Ginobili had an and-1 opportunity blown off by the ref, who incorrectly claimed the shot was after the whistle).

Both teams started the second quarter ice cold with some clankers and blown layups. In all, they missed a combined 20 straight shots before Evan Turner broke the ice with an and-1 with 6:55 left for a 34-30 lead. Kawhi Leonard responded with a jumper, but Portland got going again from the field while the Spurs continued to struggle, with a few free throws their main reprieve. Aldridge and Kawhi finally hit a couple of shots, but, turnovers plagued the team down the stretch. Even so, a Ginobili three with 0:30 left got the Spurs within four, 47-43, at the half.

Both teams started the third quarter shooting better, even if the possessions weren’t pretty. Tony Parker and Shabazz Napier starting going at each other a bit, but Pat Connaughton got a wide open dunk, prompting an angry Pop timeout. The Spurs responded with a 9-2 run, seven of which came from Kawhi, to get the Spurs their first lead of 65-62 since barely a minute into the game. Portland briefly retook the lead, but threes by Pau Gasol, Ginobili, and Patty Mills led the Spurs on another 9-2 run, and they entered the final frame up 76-71.

Pop decided to let his bench (plus Dewayne Dedmon) finish out the game. However, Portland got in the bonus early, and the momentum swung back to them. They retook the lead on a 7-0 run with just under six minutes left before Jonathon Simmons tied it back up. A Bryn Forbes three and Simmons dunk got the Spurs back up 92-88 with two minutes left. Napier responded with three FT’s, but Simmons had a top-10 highlight dunk over Leonard, and Kyle Anderson hit a layup with 1:25 left to get the Spurs back up by five. Portland got back within one with 0:12 sec left, and the Spurs threw away the inbounds pass after a timeout. The Spurs tipped the ball away and appeared to have the steal to seal the game, but it bounced right to Noah Vonleh under the basket for a buzzer-beating lay-up and 99-98 win for Portland.

The Spurs now head to Salt Lake City for an 8:00 tip-off on Wednesday against the Utah Jazz to finish up the regular season.