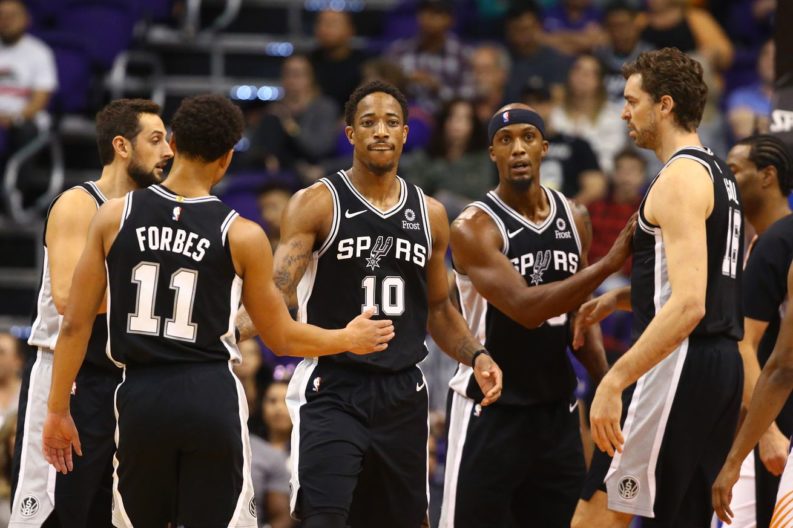 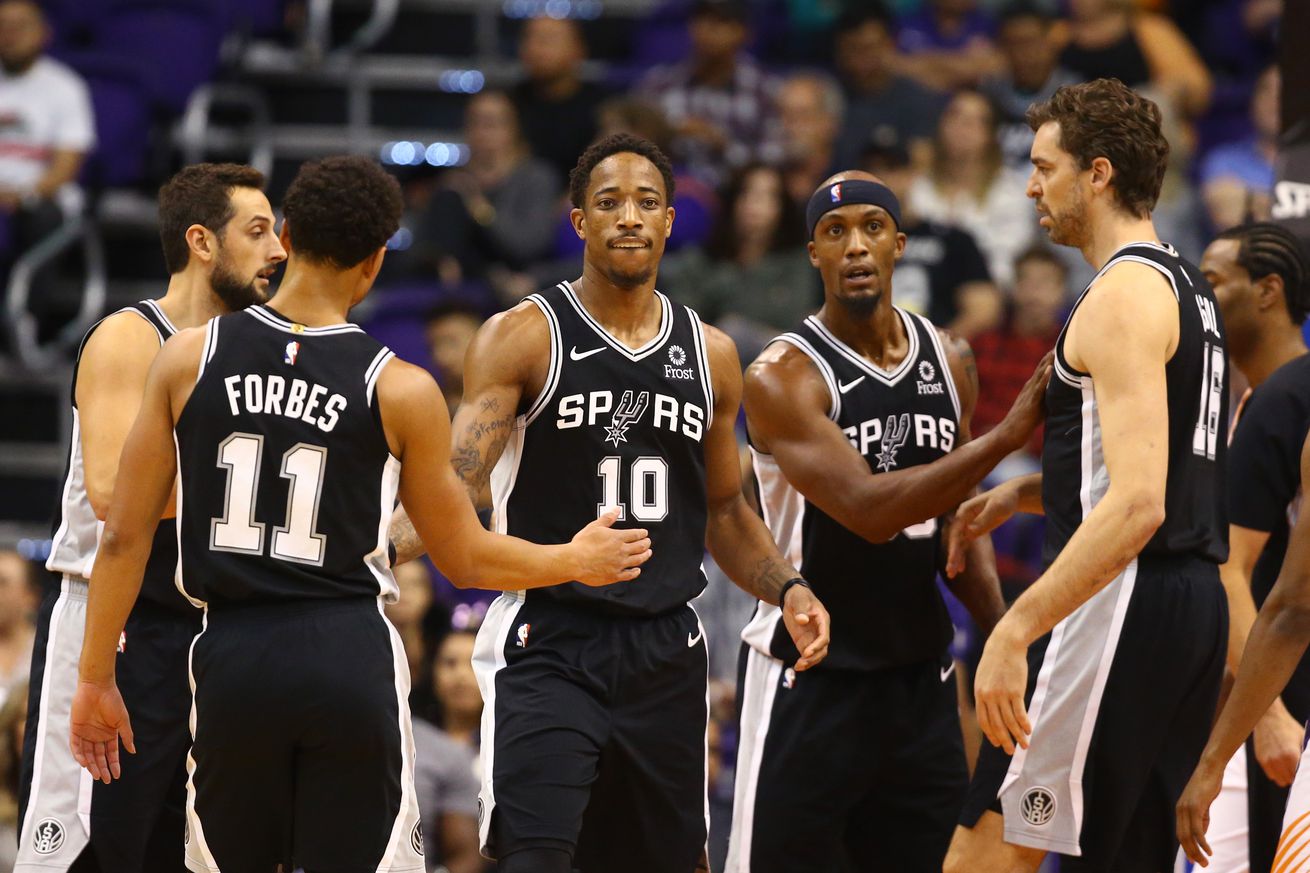 Finally a relaxing game for Spurs fans and their stars.

On the scariest night of the year, the San Antonio Spurs finally put together a complete game that wasn’t a heart-stopper as they blew out a Phoenix Suns team that was missing it’s top scorer in Devin Booker 120-90. (Not that the Spurs have much pity for any team missing its top guard(s).) With some hot shooting and relatively solid defense, the gelling Spurs were too much for the young Suns to handle.

DeMar DeRozan and LaMarcus Aldridge led the Spurs with 25 and 24 points, respectively, while combining to hit 20-25 from the field. T.J. Warren scored 21 points for the Suns, while Trevor Ariza posted 14 points and 7 rebounds (so that’s where the Rockets’ defense went).

The Spurs return to the AT&T Center on Saturday to take on the New Orleans Pelicans. Tip-off will be at 7:30 PM CT on FSSW.