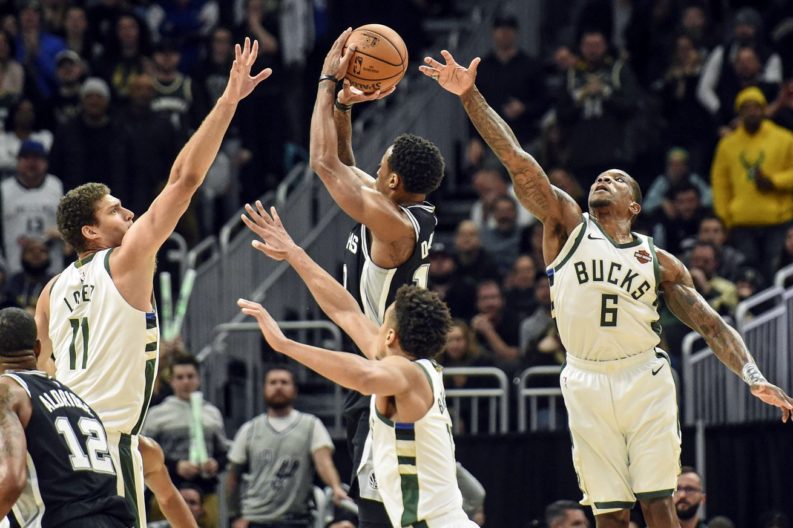 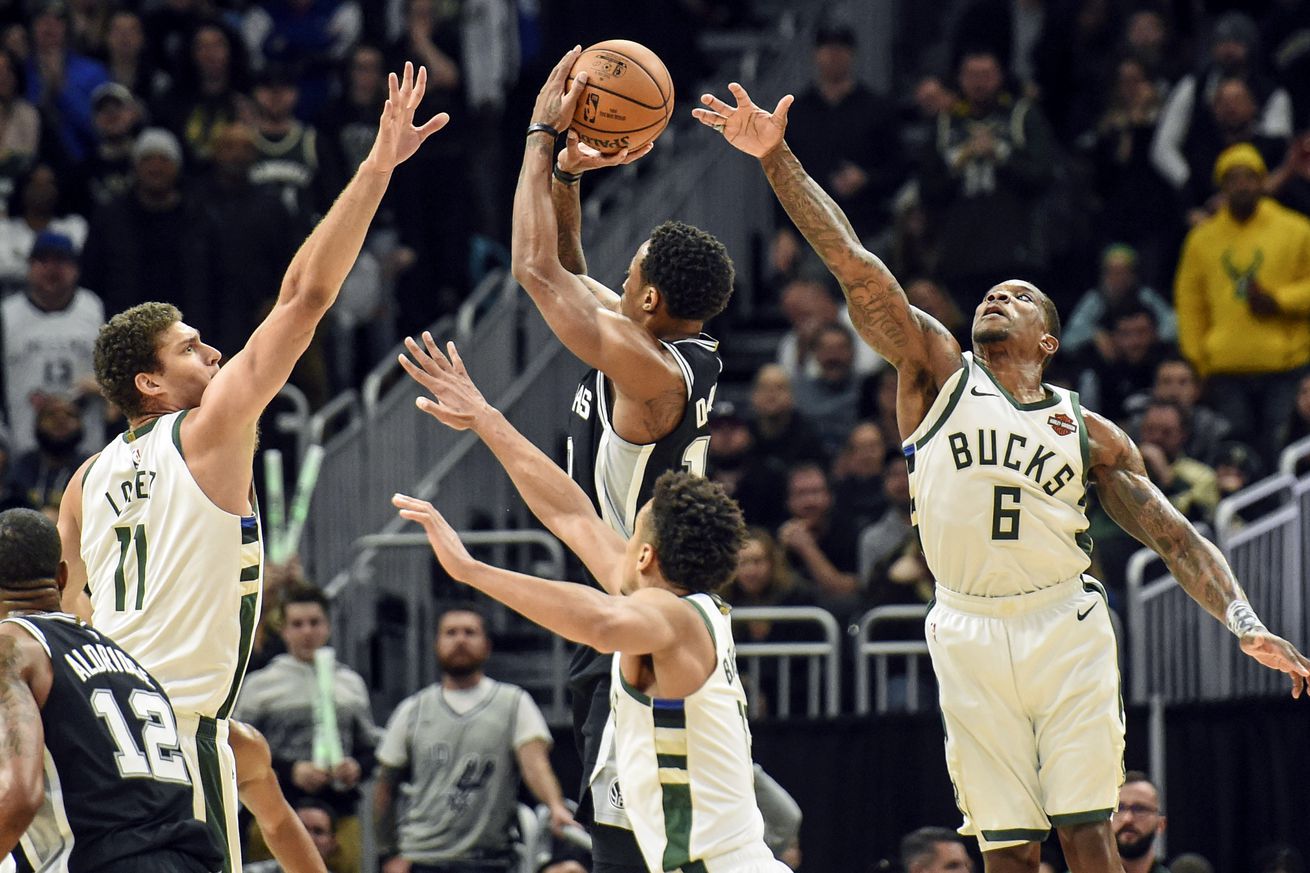 The Spurs led for most of the game, but got Freak’d in the end.

The Spurs came into tonight looking to carry over the effort and good vibes brought on by their win last night in Indiana. However, that didn’t happen, as the Bucks, seething after their own loss the night before to a Suns team that had yet to win a single road game on the year, came out blazing while the Spurs’ starters found themselves stuck in the mud. Pop went with a hockey line switch and went with a full bench lineup after the Spurs found themselves in a 26-12 hole. The Spurs ended the quarter on a 25-8 run, keyed by Davis Bertans (11 points in the quarter) that should have had them leading after the first, but a foolish foul by Derrick White gave Giannis Antetokounmpo 3 free throws that put the Bucks up 37-36 at the end of the quarter.

From there, the game took on a seesaw affair for much of the rest of the game. Though he was kept largely in check during the first half, Antetokounmpo got loose in the 2nd half, with 14 of his 34 points coming in the 4th quarter. DeMar DeRozan and Bryn Forbes were maestros for San Antonio down the stretch, with DeMar offering up a monstrous dunk late in the 4th quarter:

San Antonio actually held a double-digit lead at one point in the 4th, but they clearly wore down by the end. Milwaukee scored or got fouled on 9 of their final 10 possessions, which is not a recipe for effective defense. The difference in the game, ultimately, came down to San Antonio being unable to effectively hold the Greek Freak down for the entire game.

LaMarcus Aldridge was just OK tonight after having a monstrous game last night. He looked pretty good on defense much of the night, guarding a lot of eventual tough makes by the Bucks (Malcolm Brogdan in particular), but the Spurs will need a lot more than 15 points out of the big man if they want to get back to their consistently winning ways. San Antonio is 8-0 in games where he scores 20 or more, which is good enough for every single win San Antonio has on the season.

The Spurs fall to 3-7 on the road and 9-10 on the season overall. They are back in action Monday night against the Bulls in Chicago, who are 5-16 on the season and 3-8 at home.