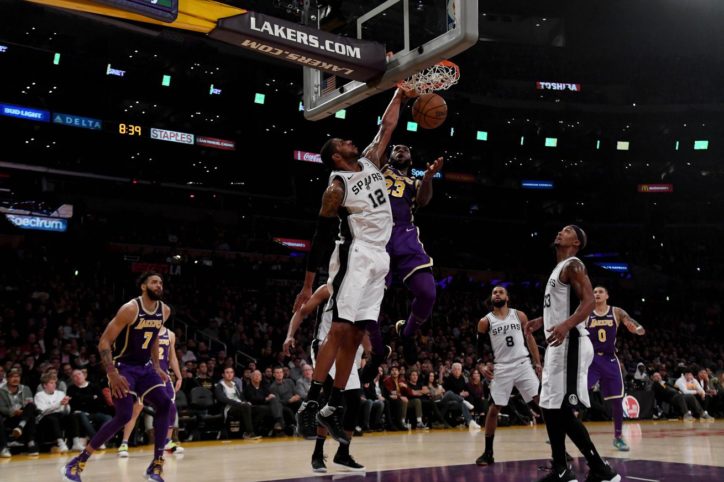 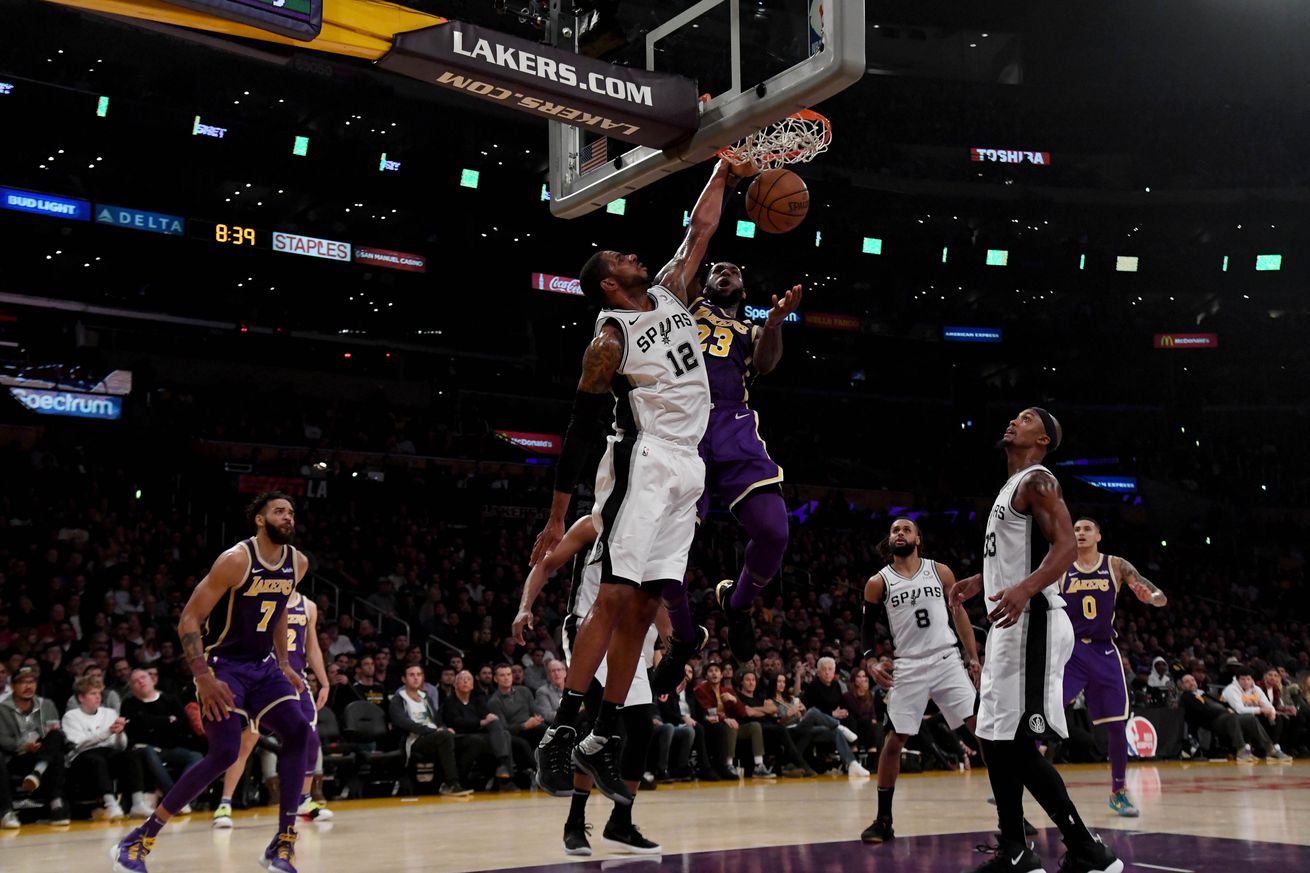 On the second day of a back-to-back, my true love gave to me: two B-list celebrities and a heartbreaking loss at the Staples Center.

The Spurs brought more fight to tonight’s game. They certainly did not disappoint the magical mouse and ESPN.

Despite yesterday’s struggles, San Antonio brought more competitiveness to Los Angeles tonight. The overall game flow was purposely plodding at times and crazily chaotic at other times. But most importantly, the Spurs were able to keep within striking distance of the Lakers all night.

LaMarcus Aldridge got into some early foul trouble including a flagrant one on Brandon Ingram, who was making his first appearance against the Spurs this season (Ingram missed both games against the Spurs due to suspension) but unfortunately would quickly exit due to an ankle injury.

The third quarter belonged to Rudy Gay and DeMar DeRozan who both carried the scoring load. Gay rebounded emphatically from last night’s loss to the Utah Jazz. Of course, LeBron James would energize the Lakers with several and-1s and took over the fourth quarter with his scoring and finding open teammates for dagger threes. The Spurs looked a lot better than they did last night, but it wasn’t enough against James who came alive in the 4th and sealed the game with a combo of threes and fastbreak points.