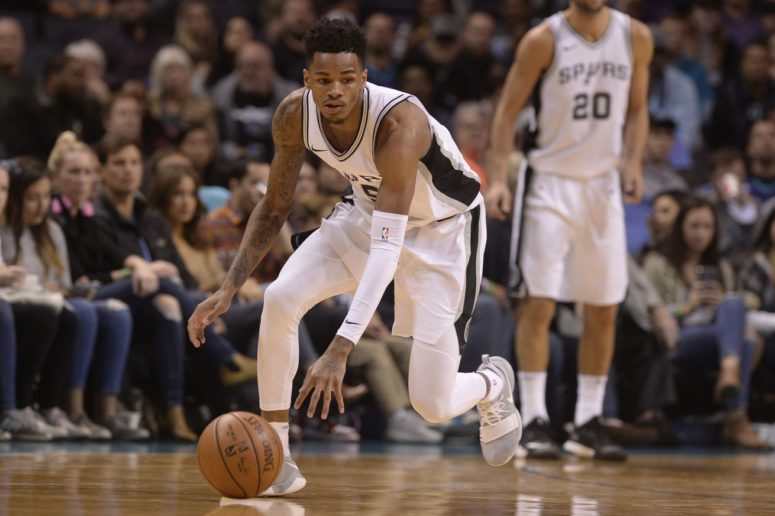 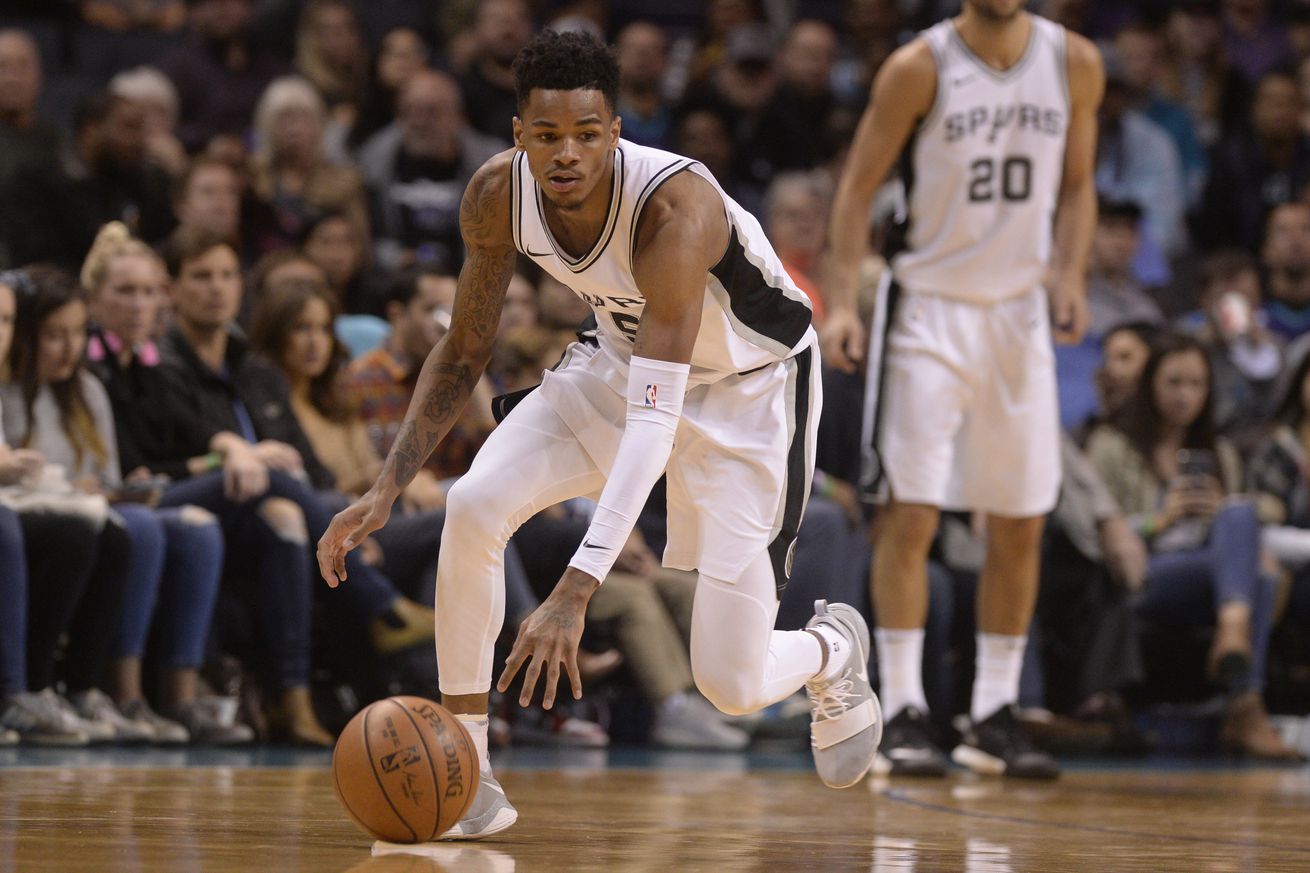 After a slow start, the Spurs overcome the Hornets with stifling defense and the beautiful game on offense.

Neither team looked capable of scoring for most of the first half, but the Spurs big three of Rudy Gay, LaMarcus Aldridge and Kyle Anderson led a 12-0 run to give the Spurs a double digit lead at the half. Despite second-half heroics from Kemba Walker, the Hornets were not able to get enough stops in the second half to pull out a win.

Dwight Howard opened the scoring with a left-handed layup to put the Hornets up 2 as both teams had trouble scoring to open the game. Nearly 3 minutes into the game, Pau Gasol finally hit a 3 to put the Spurs up by a point. The early offensive onslaught continued as Charlotte built a 7-4 lead halfway through the quarter. LaMarcus Aldridge finally put the Spurs up 12-11 with three minutes left in the first, and he continued to have a positive impact on both sides of the floor, blocking a shot from Michael Kidd-Gilchrist and hitting jump shots. A pair of free throws from Michael Carter-Williams gave the Hornets a 15-14 lead at the end of the first quarter.

The offensive futility continued as the second quarter began, as the Spurs could not hit a shot. Finally, a shot clock buzzer-beater from Patty Mills brought the Spurs to within a point at 22-21. The Spurs used crisp ball movement to get Kyle Anderson a layup to briefly put the Silver and Black ahead, but the Hornets quickly struck back with a Dwayne Bacon drive to the basket. The Spurs offense finally started to move the ball and get open looks under the basket and the Spurs went on an 12-0 run led by Kyle, LaMarcus and Rudy. Frank Kaminsky answered with a deep triple for the Hornets, but the Spurs continued to apply pressure with active defense and shots from Manu Ginobili and Aldridge and led 40-29 at the half.

Howard got the second half started for Charlotte with a hook shot, but Gasol answered with a triple. Minutes later, Patty Mills stole an offensive rebound from Dwight Howard and turned it into three points to put the Spurs up by a dozen. Kemba Walker injured his shoulder running into an Aldridge screen and immediately went to the locker room. The Spurs moved the ball, getting an open three from Danny Green, a steal by Kyle Anderson and slow break dunk gave the Spurs a 15 point lead halfway through the quarter. The Spurs got a little sloppy, leading to a quick Pop timeout, but they were able to keep most of their margin with Manu Ginobili powering the Spurs offense. Kemba Walker returned from the locker room and looked good, hitting a pair of jumpers and a layup for the Hornets. The Spurs led 72-58 after three quarters.

Manu opened the scoring in the fourth for the Silver and Black and Walker came back at the Spurs aggressively. Malik Monk showed up for the Hornets with some key points. The Spurs turned Hornet turnovers into points as they extended the lead to 20 with free throws and layups. Heroic shots from Kemba Walker provided scores for the Hornets, but they couldn’t get enough stops to get back into the game.

Late in the quarter, the Spurs lost focus, with a Danny Green bad pass leading to a Hornets 9-2 run that was capped with a Cody Zeller dunk to cut the Spurs’ lead to 13 with over 4 minutes left to play. After a quick timeout, Coach Pop righted the ship and 4 quick points from Rudy Gay made the lead safe for the Silver and Black. With 3 minutes left, both coaches put in their benches and the Spurs closed out the game with energetic play from the young guys, including a nice assist from Joffrey Lauvergne to Bryn Forbes to extend the lead. The Spurs won 106-86 with a basket from Brandon Paul providing the final points.

Ever seen a hornet build a nest? Now you have.

Timelapse of a Giant hornet queen building a nest pic.twitter.com/5mF1Vr6YCS

The Spur return home on Monday night to face Dirk Nowitzki and the Dallas Mavericks at 7:30 pm. See you in the game thread.