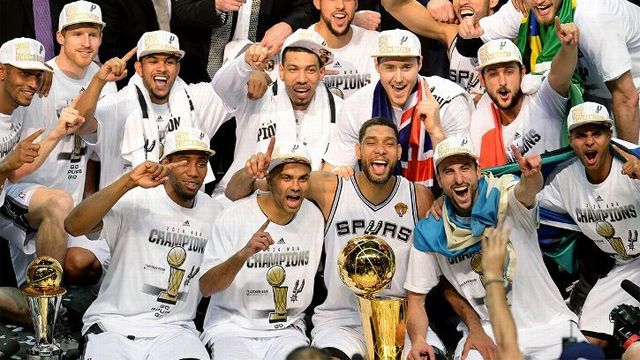 It would not be accurate to describe the Spurs’ expensive offseason acquisition as a savior. Given that the Spurs have won five championships, with 18 playoff appearances in a row and 16 straight 50-win seasons, there isn’t anything to save. Even with the hopes that sweet-shooting LaMarcus Aldridge can push the Spurs back to the championship heights they last reached in 2014, it’s nothing different from, oh, pretty much every single season since Tim Duncan arrived in 1997……Read More

Source: Same as it ever was, it’s title or bust for Spurs – Spurs Nation