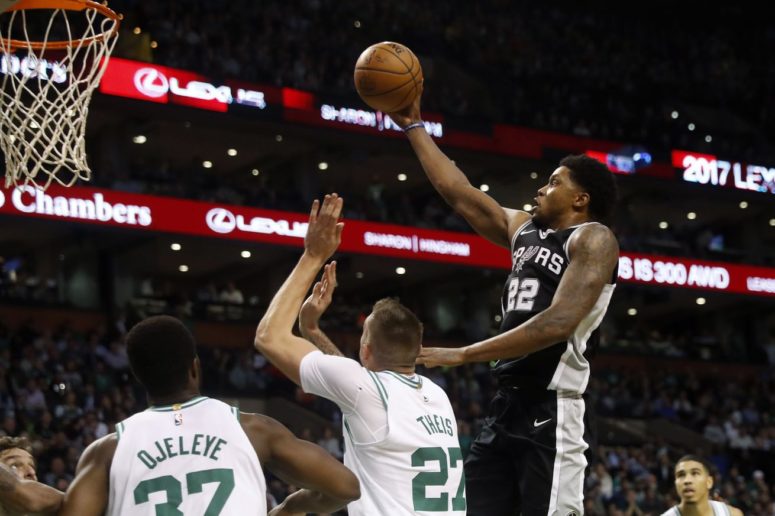 Not many players come back the same from Achilles tendon injuries. Even more rare: a player coming back from an Achilles tear the same year it happened. To the shock of many, including Gregg Popovich, Rudy Gay is showing almost no signs that he was completely incapacitated for several months after the January injury. So far, he is giving the Spurs more than they could hoped for on both ends of the court and much sooner.

On the other end of the faith spectrum is Patty Mills. After a little over five seasons with the Spurs, Mills was finally rewarded for his contributions with a four-year, $50 million contract. Still, this wasn’t a contract for past accomplishments, but rather one of future expectations, especially with the Spurs currently short-handed at point guard. Mills has started the season in one of the worst shooting slumps of his career, and this little quote certainly isn’t earning him any merit points:

“I was rewarded for the years before. This is a fresh start. There’s no pressure to perform.”

Knowing Mills and his never-ending hustle, it sounds like he’s approaching the season with a healthy mindset so he doesn’t put extra pressure on himself because of how many zeroes are on his paychecks now, and this other quote seems to confirm that:

“I’m taking open shots and doing other things on the court to help the team. I learned very early on that you don’t live and die by whether the ball goes in or not. I’m not pressing anything at all.”

Here’s hoping it comes together for him soon.

Maybe I wasn’t a weirdo for picking BP3 as the “out of nowhere” break-out Spur! Not only has he impressed Pop with his defensive hustle and surprisingly smooth stroke from outside, but he looks like a keeper who just might maintain minutes even after the Spurs are fully healthy again.

High praise from The Big Banger

Yet another former Spur had nothing but positive things to say about his time in San Antonio. Aron Baynes sat down with Mark Murphy of the Boston Herald to discuss his time with the Spurs, what all he learned from Pop and the way he manages his team, and how he sees the Celtics as a perfect fit for him with Stevens adapting many of the same philosophies.