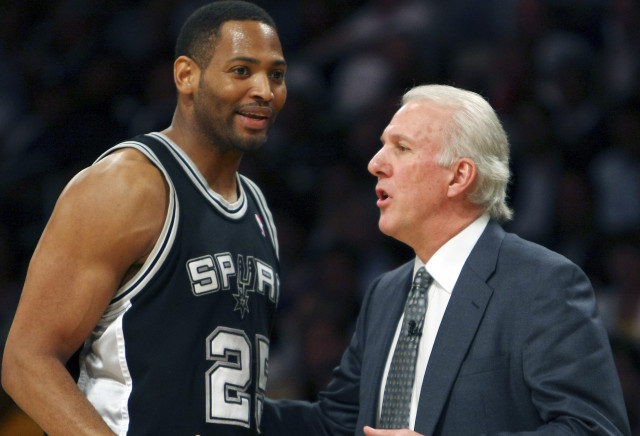 Robert Horry said he hated the way his career ended. […] after he retired, at a funeral attended by the team in the fall of 2008, Horry didn’t sit with them. When Popovich approached, reaching out, Horry didn’t say anything. Memorial Hall of Fame finalists, Horry’s name will not be among them. Yet there he was in Toronto, a celebrity of note, because there has never been a basketball résumé quite like his. Someone who averaged in single figures for a career isn’t the traditional measure of a Hall of Fame player. […] Horry’s statistical contributions are undeniable. Horry’s playoff career included Hall of Fame moments. […] try remembering the biggest title-winning plays of some of last year’s inductees, such as Spencer Haywood or Louie Dampier. Horry says all of it “left a bad taste in my mouth,” and he went through a kind of post-career depression. Horry didn’t like the way the Spurs played in his five years with them. Horry says the Spurs had a saying then. Mike Budenholzer, for one, often talked about Horry’s basketball IQ. […] when Horry watches the Spurs, he sees the style he believes in. […] Horry thinks it will be “a tossup” between the Spurs and the Warriors in the Western Conference. He spent his career winning, and he always wanted to play a certain way…..Read More