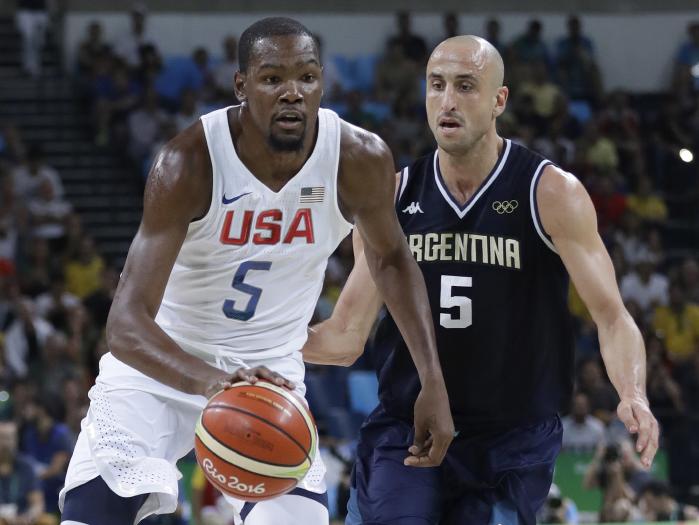 AMERICA won the game, but Manu Ginobili and Co won the applause.

Team USA downed Argentina 105-78 on Thursday morning to reach the semi-finals of the Olympic basketball tournament, in the process sealing the end of an era for Argentinian basketball.

Stalwarts of Argentinian hoops Ginobili, who has ended his international career, and Luis Scola and Andres Nocioni, who are expected to have played at their final Olympics, will no longer be part of their country’s future campaigns.

The veterans have formed the nucleus of Argentina’s “Golden Era” for well over a decade, so their departure from the international scene well and truly leaves a void.

Ginobili made his name in the NBA with the San Antonio Spurs, quickly becoming a cult hero in the US. Scola has played for a host of NBA franchises, as has Nocioni.

In a sport and competition dominated by American heroes, Ginobili managed to achieve in the NBA what so few foreigners have — win the respect of the American basketball community.

As it became evident Argentina would go down, that’s when the crowd picked up…..Read More