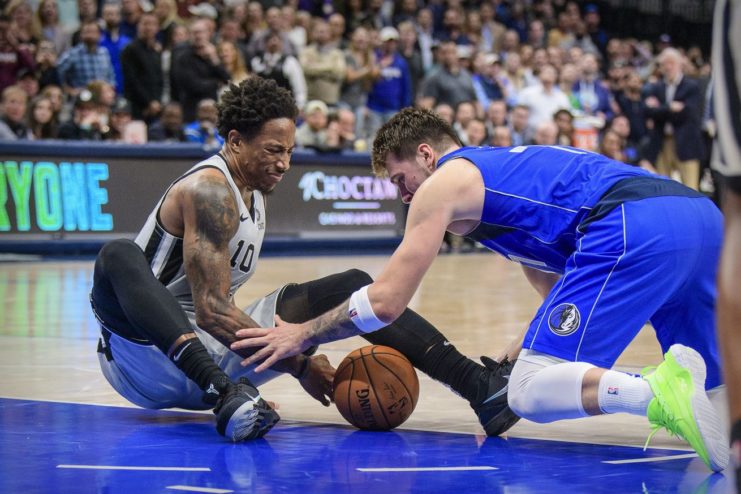 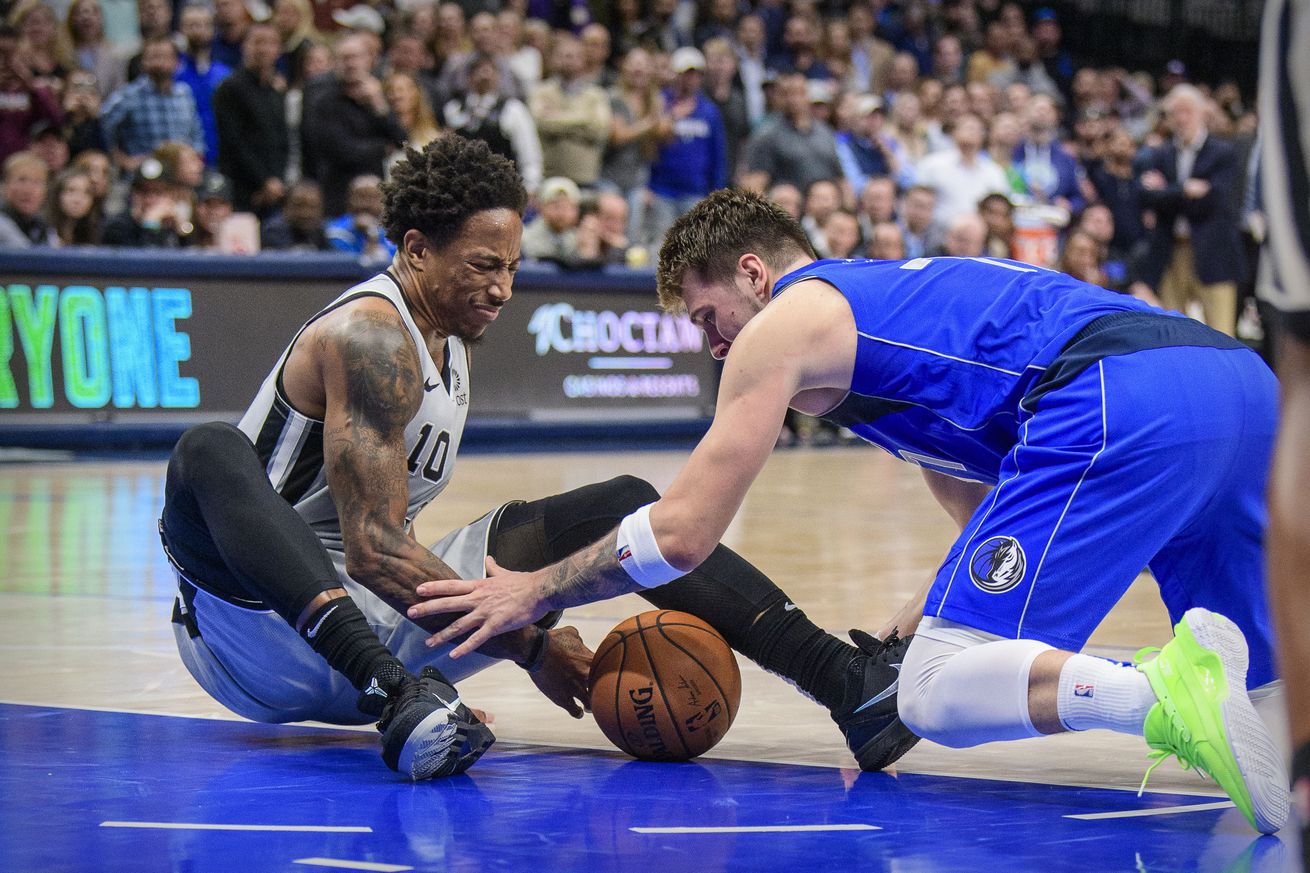 Is it too early for this?

PtR readers may recall my pre-season predictions for this season. For some reason that I can’t recall at the moment, I decided to put forth my predictions for each team within an old-school 140 character maximum.

Just be glad I didn’t follow up with what someone suggested — predicting the Eastern Conference entirely in Haiku.

In any event, we are now a month into the season. Too soon to revisit the tweet style predictions I put forth so boldly? Probably, but if I did everything based on what makes sense, I would not have tweeted my predictions in the first place. So here goes. I will repeat my tweet, followed by my way-too-early analysis of how that prediction is playing out, with the records and standings good as of Friday morning.

UPDATE: I am feeling good about this prediction. The Nuggets are currently 10 – 3 and second in the West. So long as Jokic (who I named my Most Indispensable Player) stays healthy, the Nuggets’ depth and home air court advantage should keep them in the race for the top spot throughout the year.

UPDATE: My call on the load management was a good one. Kawhi has already sat our four games, and he and Paul George just played their first game together. As a result, they are only 10 – 5, but they are still the team most would pick to win it all. Perhaps most impressive was an overtime loss to Eastern Conference favorites Milwaukee Bucks – when the Clips were missing both Kawhi and PG-13.

TWEET PREDICTION: Harden – Westbrook, a pairing made in Heaven. Or Hell. Even harder to enjoy watching Rockets’ style, both for players and fans. 3rd place. (137 characters)

UPDATE: Rockets are 11 – 4, in third place as predicted. But they are playing MUCH faster than in years past, leading the Western Conference in scoring by a lot at almost 118 per game. And though many, like me, don’t like to watch his style, James Harden is scoring well over 38 (!!) points per game, averaging a mind-numbing 14 free throws per game.

TWEET PREDICTION: Lebron – AD. Best duo ever? 1A and 1A. Questions about point guard and center and defense and chemistry, but they have DannyGreen! 4th(??) (138 characters)

UPDATE: Even though Mike Conley has disappointed (64th out of 66 in true shooting percentage among players with more than 160 shots), Bogdanovic and Mitchell have not. As a result, the Jazz has been “solid but not great” at 9 – 5. As a result, they are tied for fifth.

TWEET PREDICTION: No longer Death Star, meaning Curry will surely wield his light saber more with KD/MT gone. Should be more fun to watch, but no D! 6th place. (137 characters)

UPDATE: The Death Star has in fact exploded. The only question is whether the Warriors will keep their top 5 pick in the 2020 draft or trade it for a star to team with the returning Splash Brothers for next season.

UPDATE: Along with the Spurs, the Trailblazers are the West’s most disappointing team, clocking in at an ugly 5 – 11 record, after losing most of their frontcourt in the offseason or injuries. Despite Damian Lilliard’s continued excellence (28.7 ppg), it is desperation time in the Rose City. How desperate are the Blazers? They signed Carmelo Anthony.

TWEET PREDICTION: The Spurs! Many good/very good players, none in top 20. Best coach to maximize this type of talent? Pop, hands down. Save the streak! 8th (139 characters)

UPDATE: Despite Pop’s unquestioned ability at getting the best out of his talent, his wizardry has not worked (yet) with this squad. For instance, while Patty Mills has been great thus far, do we really want to start him next to Bryn Forbes? I assume that will not be the starting back-court against the huge 76ers. The scary thing? The Spurs are 5 – 10 despite relatively good health.

UPDATE: The reference to a “nightly Zion-show” needs a rain check. Instead, everyone has concerns about whether Zion’s legs can support a 285 pound body landing from the moon. That being said, the Pelicans have almost held their own (6 – 9) on the season, led by Brandon Ingram’s stunning 25.6/7.4/4.1 line, along with the perpetually underrated Jrue Holiday.

UPDATE: I asked “Can Carlisle create a Sneaky Good Team?” and answered “Yup”. I was right. Luka Doncic has been remarkable at 20 years old. Hell, he would be impressive if this was his peak year at age 28. My question – Is Luka already better than Larry Bird?

TWEET PREDICTION: Durant, Harden and now Westbrook gone forever. Sad words: What could have been. If best players are Adams and CP3 you get 12th in the West. (139 characters)

UPDATE: As predicted, OKC does not seem to be a playoff team, with a present record of 5 – 9. I was completely wrong on their best players. It has not been Chris Paul or Steven Adams. Instead, ex-Clippers Shai Gilgeous-Alexander and Danilo Gallinari have been great. While the Thunder likely won’t make the playoffs this year, they did much better than the Spurs when forced to trade their superstar.

TWEET PREDICTION: One great player (KAT) and a cautionary tale about giving a max to an undeserving player (Wiggins). Another cold winter in MN. 13th place (137 characters)

UPDATE: T’Wolves are 8 – 7 and a threat to make the playoffs. Perhaps Andrew Wiggins read my prediction, and took it to heart. He has improved across the board, and may be living up to the hype that came with being the number one pick in 2014. Every stat line is better, as is the effort. From The Ringer:

TWEET PREDICTION: Transitioning from Grit and Grind to Get Out and Go. Ja Morant dishing dimes to the Jackson brothers, Slo-Mo trailing the play. 14th place (139 characters)

UPDATE: Their 5 – 9 record makes it appear as if the Grizzlies have been competitive, but their 9.4 deficit per game tells a different story. Only the Santa Clara G-league Warriors roster has a worse point differential in the West. But Ja Morant is the real deal. The Logo Jerry West recently told a friend of mine that Morant should have been the number one pick in the draft.

UPDATE: Thus far this season, my worst prediction. While I was right that Ricky Rubio would make the team better, I did not predict that the Suns would be the .500 team they have been, with several very close losses to the West’s elilte. They will NOT be the 15th team in the West this year. Good news for those of us who root for our ex-Spurs around the league – the Big Banger Aron Baynes is having a career year at age 32, even knocking down threes at 44%.