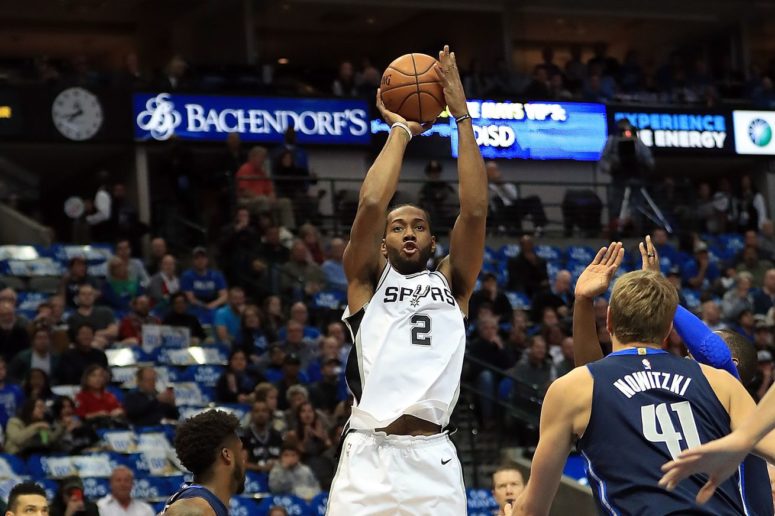 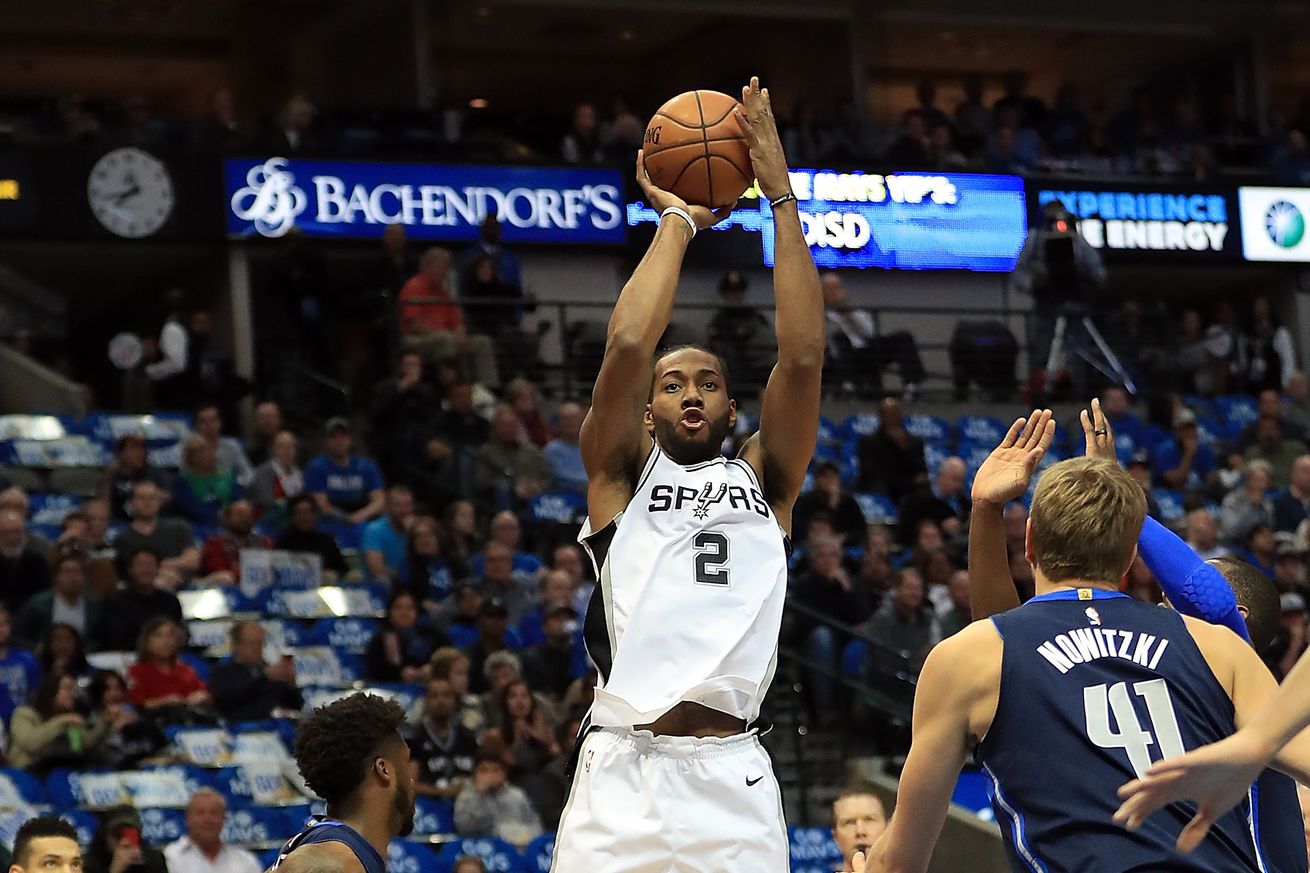 Around the web for reactions of the work that The Klaw put in during his first game back.

Well, it’s been a couple of days since Kawhi Leonard made his season debut against the Dallas Mavericks. While the dust has settled on that first game, opinion on the two-time Defensive Player of the Year and 2014 MVP Most valuable Player already has made it out into the stratosphere.

Whose opinion should matter more than that of the head coach, Gregg Popovich himself:

Michael C. Wright of ESPN reported: “I thought he was wonderful,” Popovich said. “He’s trying to get some rust off and that kind of thing. Obviously, he’s confident. He’s a heck of a player, and it was really frustrating for him to just start getting loose and have to come off the court.”

Wright also mentioned the “giggling” that Kawhi did in the 4th quarter:

“We were just talking about what was going on and if I was going to play more,” Leonard said. “We just had a little laugh.”

Twitter was rife with support and love for the man considered a favorite for this years MVP:

ICYMI: While shaking off plenty of rust in his return, Kawhi Leonard flashed some of the skills that make him one of the game’s best all-around players, whetting the #Spurs appetite for more https://t.co/NlutGHyeUV via @expressnews

Kurt Helin of NBC observes, “There were moments when Kawhi Leonard looked like his fearsome self Tuesday night: Tipping a rebound to himself then knocking down a midrange jumper off it, draining a pull-up three in transition, hitting some runners as he attacked off the pick-and-roll.” But concludes that there’s still work for San Antonio to do in integrating him into the offense.

Peter Dawson of the Star-Telegram said, “Leonard looked a tad hesitant in his first 6 minutes of play, but once he got on the scoring sheet, he found an early rhythm, hitting his first three field goals attempts. His six points were the most of any Spurs player in the first quarter. He did have some frustrating moments too. Defensively, Leonard missed a few defensive slides that cost his team 3-point baskets on the perimeter. And while he did hit half of his field goal attempts from the floor (six of 12), Leonard was only able to connect on one of his four three-point tries.”

It’s hard to envision a Spurs team without a fully-recovered Leonard. With all the time and effort he puts into his game during the off-season, a less than 100% Klaw doesn’t make sense in quadriceps recovery. Expect the minutes restriction to continue, perhaps even a game of occasionally (Saturday is a SEGABABA). As always, know that Pop will do the right thing for his players’ health and career.