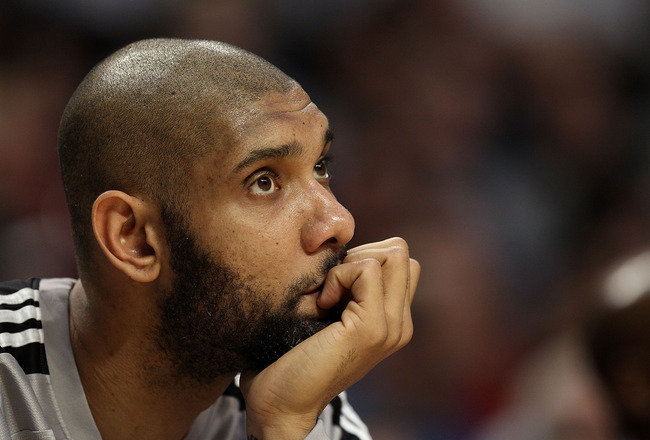 Tim Duncan has decided to exercise the $5.6 million player option, keeping the door open for the 40-year-old to return to the Spurs for his 20th season, according to a report from Yahoo! Sports’ Adrian Wojnarowski.  The move, which came one day prior to the June 29th deadline, was a provision of the two-year contract that Duncan signed last summer, that included a player option for the second year of the deal.

Last season, Duncan struggled, playing in just 61 regular season games, averaging career lows in points (8.6), rebounds (7.3), and minutes per contest (25.2). He can still choose to retire prior to the 2016-17 season, but by picking up his player option, Duncan now has the flexibility to fully contemplate his future in the NBA. He has until the start of free agency in July to make the call on if he wants to return for another year. Per the report from Wojnarowski, “the Spurs are allowing Duncan to make a decision on his own timetable.”

In fact, Duncan’s decision not to opt out and become a free agent, means that the Spurs are no longer responsible for keeping a cap hold of 150 percent of his previous year’s salary on the books. Because he made $6 million last year, his cap hold would have been for $9 million this offseason, potentially making it difficult for the Spurs to sign top free agents and bring Duncan back……Read More