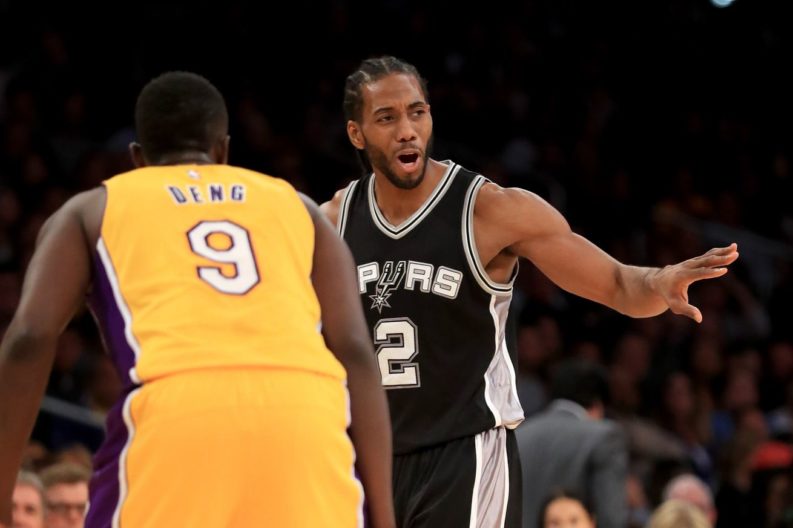 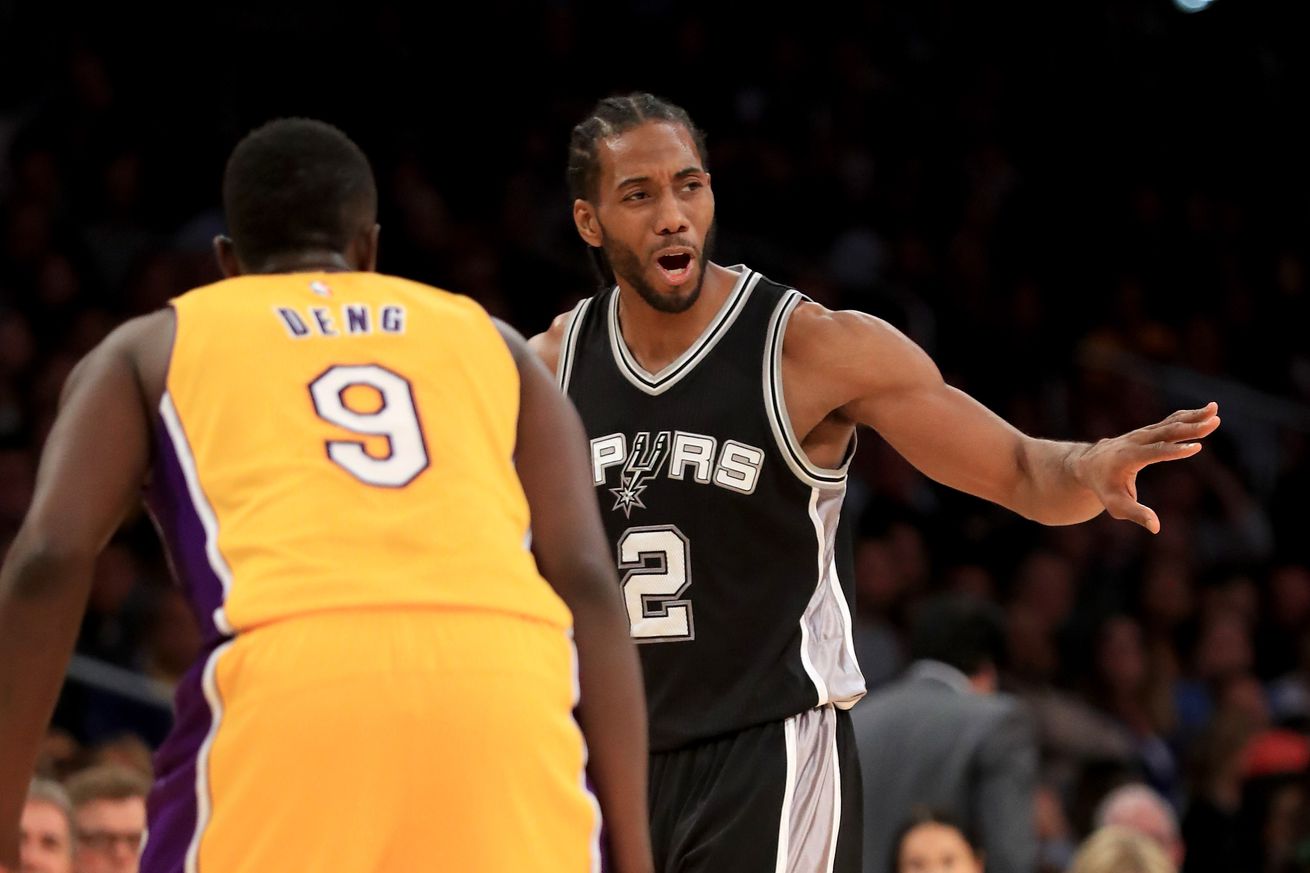 If you were watching the NBA Draft last night, you know there was early chatter that Kawhi Leonard might be a trade option for the Spurs to acquire younger talent. Anticipation that Leonard is leaning toward Los Angeles, and specifically the Lakers, limited the discussion which all but dissolved quickly as it became apparent the 2014 Finals MVP was not to be dealt.

League sources say the Clippers have been trying to lure the Spurs into Kawhi Leonard trade talks with an offer featuring their two lotto picks and Tobias Harris, but it appears they’ll be making the 12th and 13th pick for themselves — with Michael Porter Jr. still on the board.

Meanwhile, across town, the Lakers put a call in and pretty much got a dial tone.

Within the last week the Lakers contacted the Spurs to discuss a Kawhi Leonard trade. As one source put it, “they basically shut the door on us.”

According to her article and reporting by ESPN’s Adrian Wojnarowski, the conversation did not even reach the point of discussing players. There has since been no further effort to make contact.