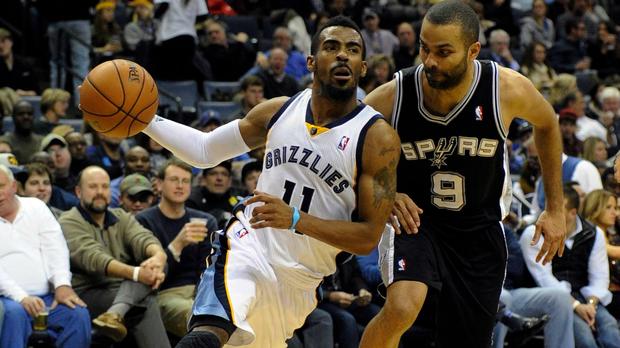 Since they got knocked out of the playoffs, the San Antonio Spurs have been reportedly planning on pursuing impending free agent Mike Conley. Memphis may have the inside track on Conley, but with several teams like the Spurs interested in his services, the Grizzlies guard is expected to field a number of different offers this summer.

However according to ESPN’s Marc Stein, the Spurs may not actually be heavily pursing Conley in free agency.

The Spurs may be reluctant to go after Conley because they still have Tony Parker, who is under contract for two more years. And even though Parker is getting older, he is still an excellent starting point guard.

Parker averaged 11.9 points on 49.3 percent shooting, while adding 5.3 assists per game in 2015-16. He has also been a key member of the Spurs system for 15 seasons, and Parker’s knowledge of San Antonio’s offense can not be dismissed that easily…..Read More

Mike Conley On His Way Out Of Memphis?