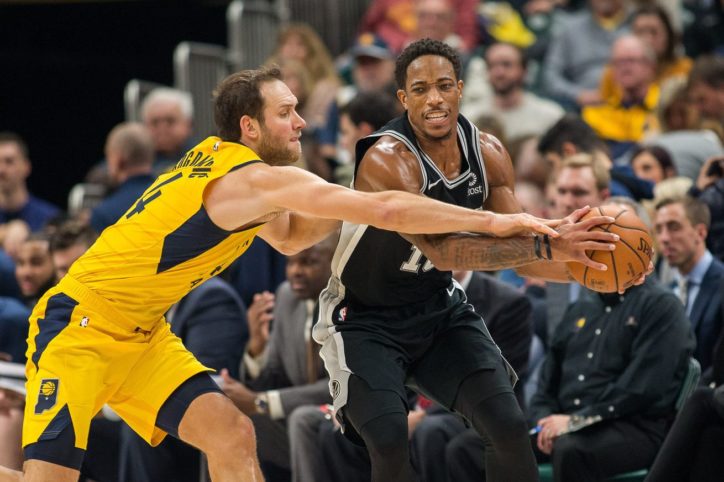 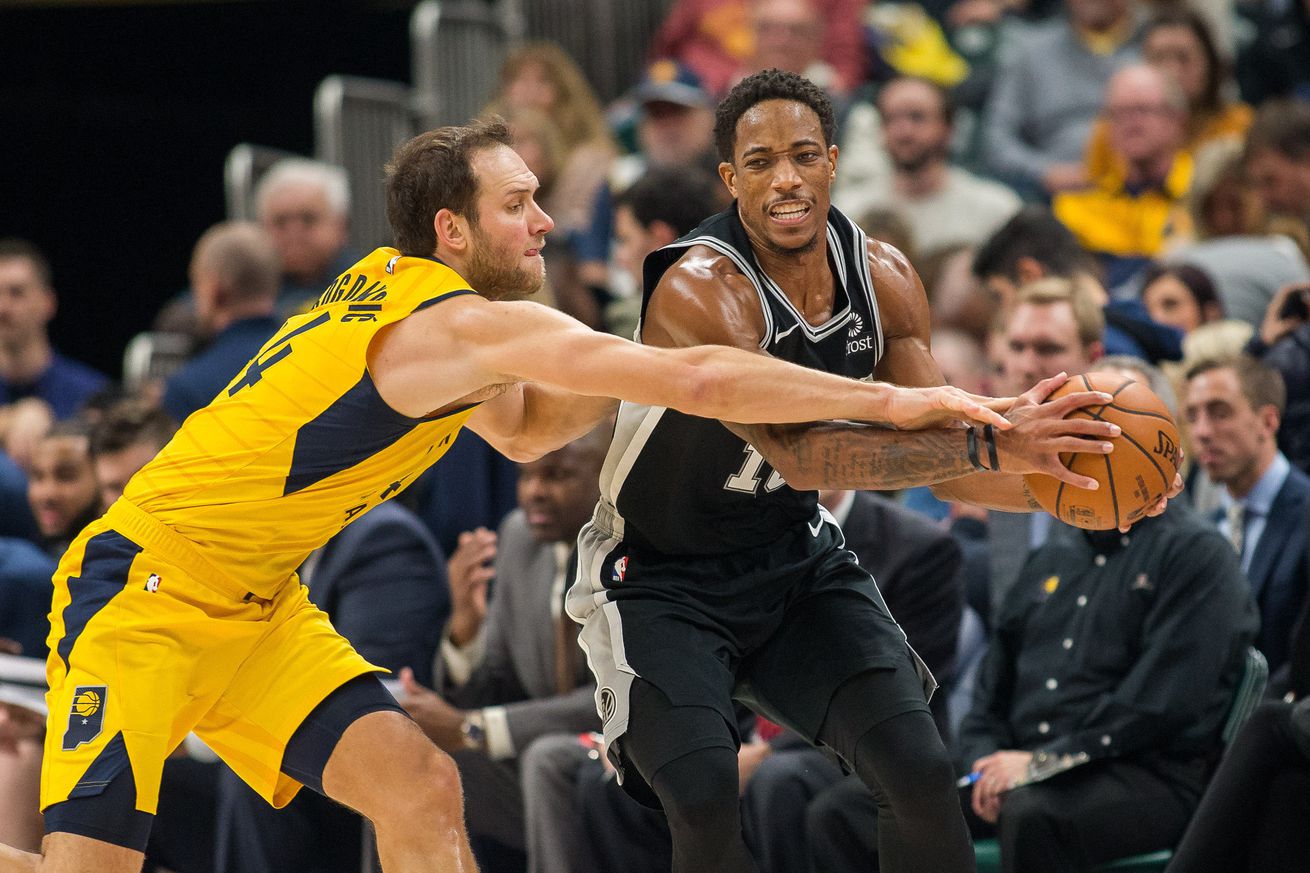 DeMar DeRozan’s time in San Antonio could be shorter than previously expected. The Spurs might move the six-time All-Star wing before free agency to open up cap room to target Bojan Bogdanovic, according to ESPN’s Bobby Marks.

“The one guy who’s not a free agent to keep an eye on is DeMar DeRozan in San Antonio,” Marks said on Ryan Russillo’s podcast. [The Spurs] have circled Bojan Bogdanovic as their target. And to do that, you’d have to move a contract.”

If true, the report is frankly a little surprising. DeRozan was the centerpiece of the deal that sent Kawhi Leonard to Toronto and had as good a year as he could have been expected to have on his new team. He produced at a borderline star level, finishing the season averaging 21 points while posting career-highs in rebounds and assists per game. While he had some ups and downs, and his playmaking numbers dipped in the postseason, he was still a force on offense for San Antonio. Essentially DeRozan didn’t disappoint on the court in his first season as a Spur and proved to be a snug fit culture-wise, by all accounts. Yet less than a year later, the front office appears ready to at least entertain the idea of moving him to get another piece in free agency.

San Antonio’s interest in Bogdanovic comes as less of a shock. The Croatian forward had a career year in Indiana, averaging 18 points while shooting almost 50 percent from the field and over 42 percent from beyond the arc. He’s not the ball handler and creator DeRozan is, but he makes up for it with elite marksmanship from beyond the arc and the ability to create opportunities for himself by moving well off the ball. The Spurs have been lacking a perimeter threat who also brings some off the bounce juice and who can defend well at the team level. Bogdanovic would fit their roster perfectly and could slot nicely at small forward next to the Dejounte Murray — Derrick White backcourt for the next few years. His height should also allow him to move up a spot to power forward in small units, which would give Gregg Popovich a lot more lineup flexibility.

Bogdanovic would undoubtedly be a great addition. Whether he’s worth losing DeRozan, however, is a tougher question to answer. The Spurs desperately need more shooting in the starting lineup if they hope to play Murray and White together, and Bogdanovic would certainly help there. DeRozan will be 30 years old when the next seasons starts, so it would be foolish to expect him to shore up his deficiencies as a defender and off ball threat at this point in his career. At the same time, he’s someone who’s proved time and time again that he can help carry a decent team into the playoffs, which is why San Antonio traded for him in the first place. Moving him on a straight salary dump, which is what would be required for San Antonio to have enough cap space to make Bogdanovic a competitive offer, would not exactly result in a huge upgrade in talent.

How actively they shop him might come down to whether PATFO feel like DeRozan might be gone after next season, when he’s could opt out of his contract. It’s hard to see the two parties coming together and agreeing to an extension at this point, so keeping DeRozan around could create some uncertainty that the front office simply isn’t willing to deal with, especially after the Leonard ordeal. If that’s the case, moving on, adding some shooting, and empowering the young backcourt in the process could prove to be the right long term decision.

It’s too early to speculate further, but if the report is correct and DeRozan is on the block, the summer could be more eventful than previously thought. Whether making a big move like this would actually be a good thing for the Spurs remains to be seen, but it’s always comforting to know that the front office is not giving in to complacency.