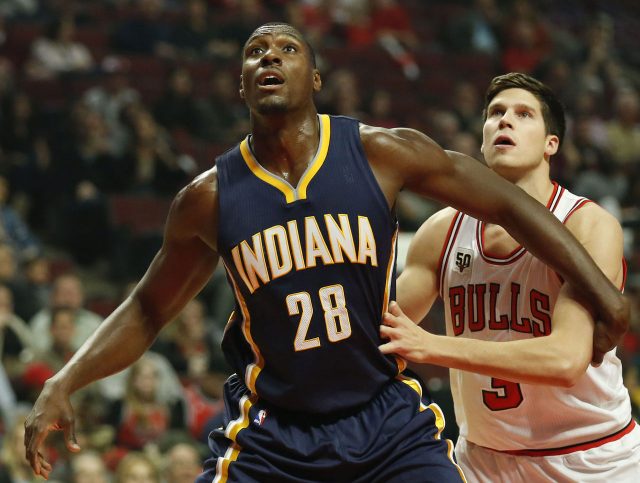 After a big chunk of the NBA free-agent market got bitten off Friday, teams are swarming the remaining available players like moths to a flame.

Free-agent center Ian Mahinmi is one such player, and he reportedly has at least seven teams currently pursuing him.

Mahinmi is coming off a breakout season with the Indiana Pacers, in which he averaged career highs in points (9.3), rebounds (7.1), assists (1.5), and blocks (1.1), while serving as the strongest interior stopper for a team that finished third in the NBA in defensive rating.

The Pacers, though, have clearly prioritized offense this summer, and accordingly signed center Al Jefferson to a three-year contract Friday. That deal means Mahinmi will be playing elsewhere next season, according to Aldridge…….Read More