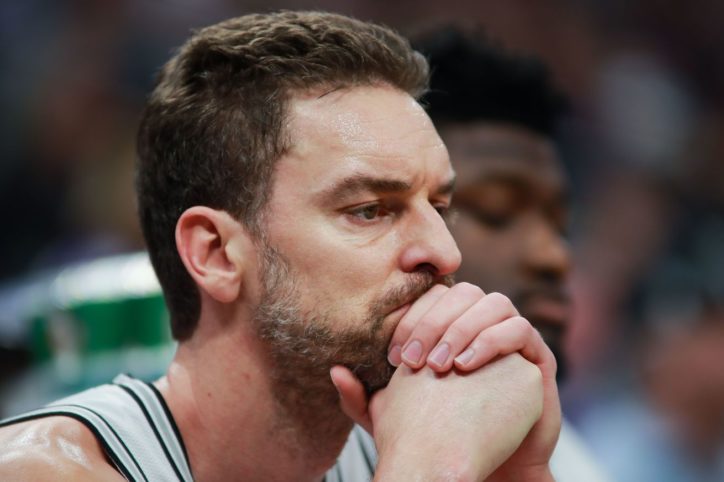 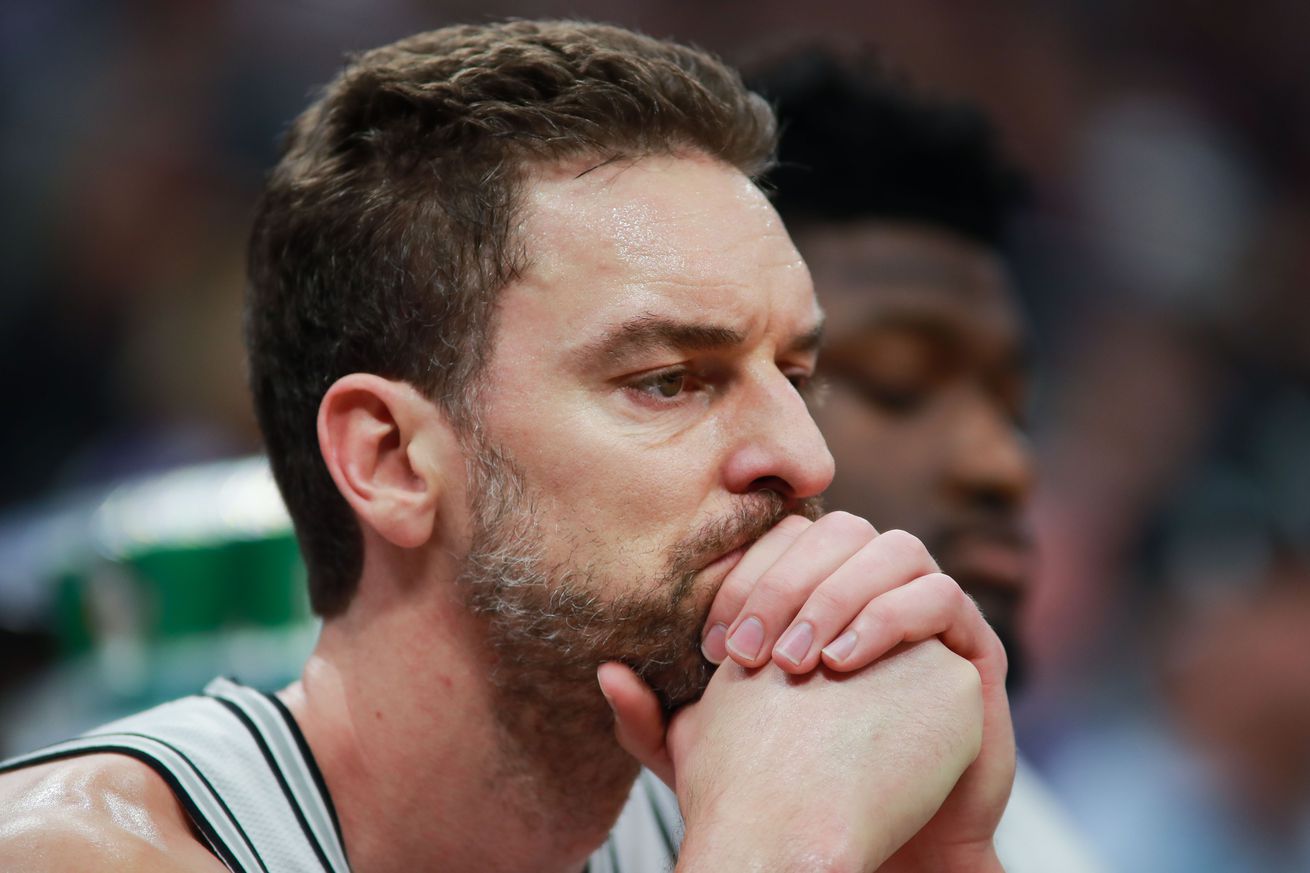 Unfortunately they couldn’t get a deal done before the deadline.

The NBA trade deadline passed at 2:00 PM CT back on Thursday, Feb. 7. It was “leaked” a day prior that the Spurs had been trying to trade 38-year-old center Pau Gasol and obviously had no luck since he is still with the team. However, it is now being reported through ESPN Deportes that Gasol actually asked the Spurs to trade him prior to the deadline.

The closing of the trade deadline in the NBA left Pau Gasol with the San Antonio Spurs against the will of the player.

The Spanish power forward had asked for a change of air from those in charge of the Texas franchise, but the negotiations did not reach any avenue and Pau will end the season where it started, with the Spurs jersey.

This would explain the excess amount of playing time he got in recent weeks: the Spurs were trying to showcase him for possible suitors. Gasol admits his reduced role is not ideal as he has been clearly passed by Jakob Poeltl in the rotation. Since the deadline passed, Poeltl has returned to his spot ahead of Gasol in the rotation.

Gasol joined the Spurs after Tim Duncan retired in 2016. He was a pretty good addition to the Spurs in his first season-and-a-half, but a shoulder injury over the second half of last season and a foot injury that robbed him of 26 games early this season has seen him fall out of the rotation to the younger, more agile Poeltl. He’s currently averaging 4.4 points and 4.8 rebounds in 12.5 minutes per game, all career lows by a landslide.

His hefty $16.8 million salary combined with those numbers likely played a large role in the Spurs’ inability to move him. He is owed $16 million next season, with $6.7 million guaranteed. Should the Spurs waive him this summer between July 1 and August 31 (which is probably a safe bet at this point unless they are able to trade his entire contract), they could use the stretch provision on him, which would allow them to pay it off his remaining salary over twice the number of years remaining on his contract, plus one.

In this case, they would owe him just over $2.2 million per year through the 2021-22 season. Although it would count against the salary cap, his pay can always be traded to another team who is willing to take the cap hit. This is just one of many possibilities that can happen this summer (ideally they’ll be able to trade him and his expiring contract for something in return), but we’ll cross that bridge when we get to it.

In the meantime, expect to see a lot more Poeltl and less Gasol on the court for the Silver and Black as they make their final push towards the postseason.