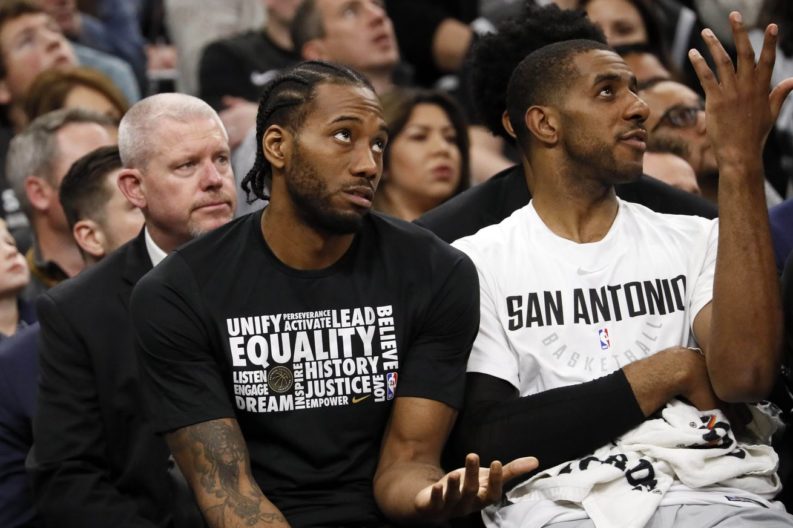 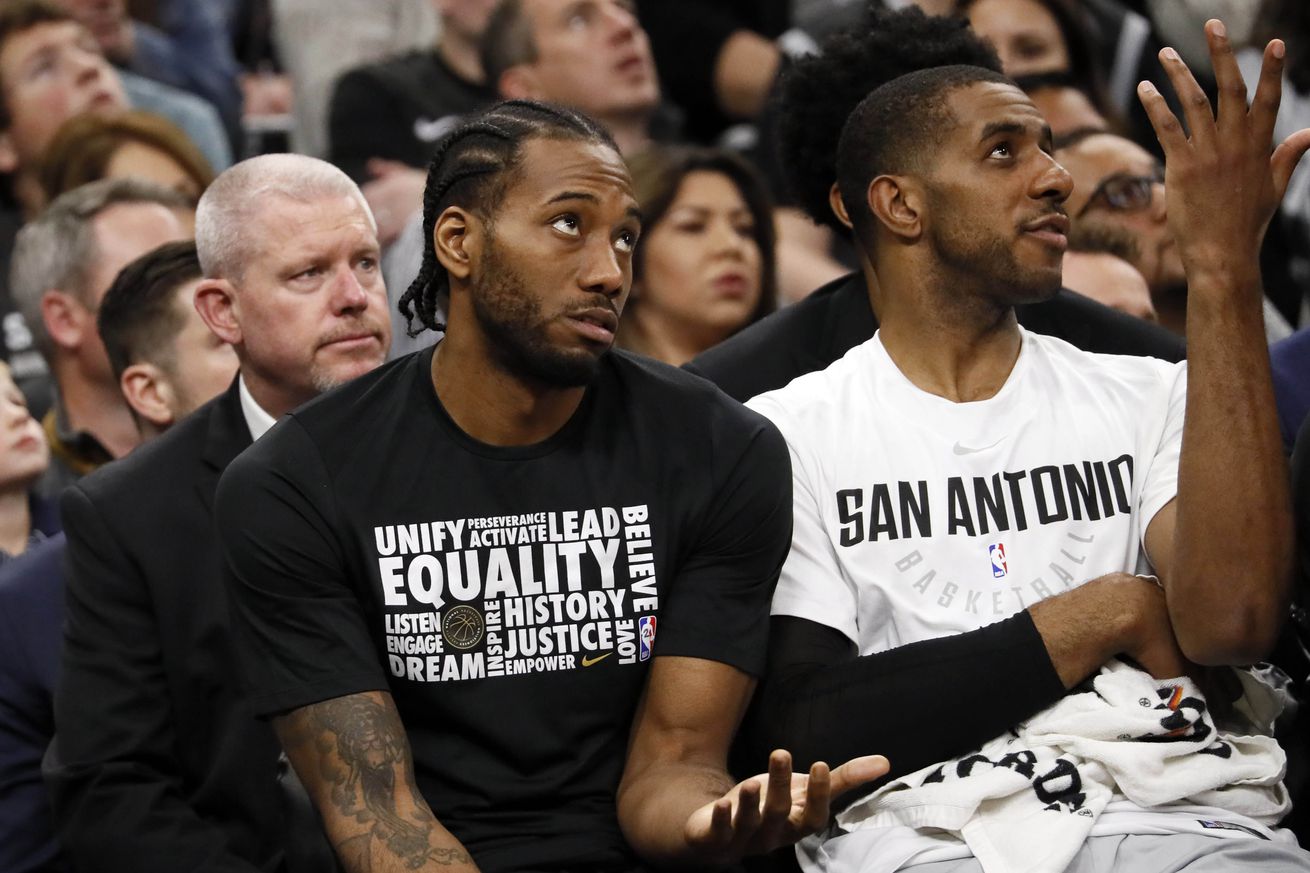 Even if the Spurs say they’re not interested, that won’t stop other teams from inquiring about their super-star.

With only five games left in the regular season and Kawhi Leonard back in New York for more treatment on his quad, the odds that he will appear in another game for the Spurs this season grow slimmer by the day. It’s pretty easy to say every party involved in this season-long saga, from the organization to Leonard, could have handled things differently, but with all sides remaining so secretive, rumors of discord and unhappiness have run rampant for months.

The latest rumor — if can even be called that — is one that shouldn’t surprise anyone. According to multiple sources, such as Brain Windhorst and Zach Lowe of ESPN, GM’s will be inquiring about the availability of Leonard when the draft rolls around to see if the Spurs are interested in making a trade.

Of course, we’ve heard this one before. After the initial Woj Bomb that there was a rift between him and the Spurs back in January, teams came a-calling about possibly striking a deal before the trade deadline, and the Spurs reportedly shut them down before a question could even be asked. Leonard also stated in his only public appearance since then that there is no friction between the two sides and he would like to finish his career as a Spur, for what that’s worth.

Not much has changed since then, which isn’t necessarily a good thing (especially since some of his teammates appear to be growing frustrated with his lack of communication), so there’s no way of knowing if the Spurs’ desire to even listen to offers has changed. They have shown interested in trading up in the draft before (although it’s safe to say George Hill is no Kawhi Leonard in that regard).

However, it is important to note that these “rumors” are not leaks coming from the Spurs or Leonard to hint at his availability; it’s just opposing GM’s planning on actually doing their jobs and inquiring about a star that may or may not be available. The Spurs also know that a player of Leonard’s talent will be nearly impossible to replace, so it will likely take more than just a high draft pick to sway them, and even then that will only happen if Leonard confirms he wants out, which hasn’t happened.

Of course, the opposite could also happen, and Leonard’s statement that he plans on signing an extension this summer would make all of this speculation needless. Still, until one of those two things happens don’t be surprised if trade scenarios or even offers are floating around out there. That’s just life as a sports fan, even with the Spurs.