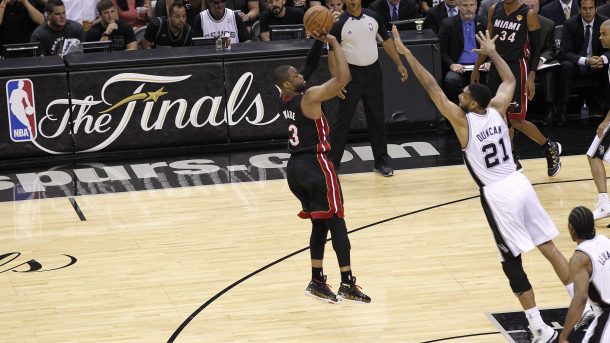 Dwyane Wade is sending a message to the NBA: I’ll consider leaving the Heat in free agency.

Brian Windhorst of ESPN on 790 AM:

“Over the last 24, 72 hours, Dwyane’s representatives have been calling around the league to several teams. Not to every team, not to 29 teams, but to a few teams and have said to them, “Hey, Dwyane is going to be available and is going to take offers.”

The Heat are still strong favorites to keep Wade. He seemed unhappy with contract negotiations last summer before inking a one-year, $20 million deal and declaring himself a “HeatLifer.”

But I can see why he’d be antsy.

As it stands, Miami has about $40 million available for Wade, Hassan Whiteside and outside free agents. Pat Riley called Hassan Whiteside the team’s top priority, but it might actually be Kevin Durant. Whiteside’s max salary projects to be about $22 million, and Durant’s would be about $27 million.

Where does that leave Wade?

The Heat could trade or stretch Josh McRoberts or trade Goran Dragic to create more room. Whiteside could walk. Otherwise, there just isn’t much money available for Wade….Read More

Source: Report: Dwyane Wade’s camp has sent out feelers to Spurs and Mavericks