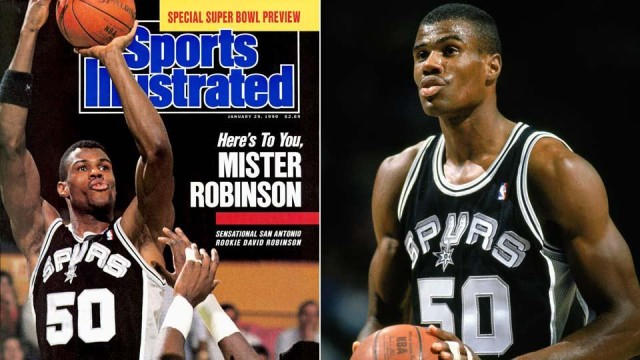 As he relaxed in a Miami hotel room a few hours before his San Antonio Spurs took on the Heat not long ago, center David Robinson pulled out a portable keyboard, placed it on the bed and said, “I think I have the second movement of the Pathétique down pretty well.” That would be Beethoven’s Sonata No. 8—Opus 13, if you’re scoring. When the word movement is mentioned around the NBA, the subject is usually offense, but Robinson knows of what he speaks. He proceeded to play the Pathétique quite well, his long fingers gliding over the keyboard as expertly as they glide over the basketball while he’s sizing up a free throw.

“I’ve been memorizing it for four months,” said Robinson, who learned the basics of piano from his father, Ambrose, but has never had a formal lesson. “Still, I’ve got a lot more work to do.”

Opposing NBA teams would be overjoyed if Robinson, a rookie of 24 out of the U.S. Naval Academy, spent all his time polishing the Pathétique, for he has needed precious little of it to establish himself as one of the league’s dominant forces, someone to challenge the New York Knicks‘ Patrick Ewing and the HoustonRockets‘ Akeem Olajuwon, both of whom are 27, for pivotman supremacy in the ’90s. “There’s no ‘gonna be’ about it.” said Orlando Magic center-forward Mark Acres after Robinson went for 32 points and 10 rebounds in a 111-102 Spur loss at Orlando on Jan. 8. “He’s a great player right now.”………Read More