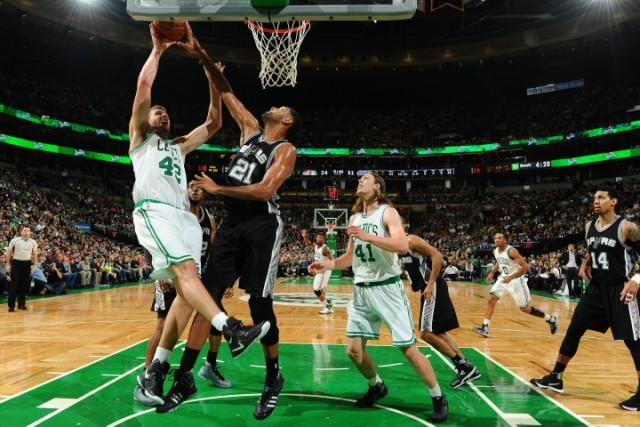 For the past 3 seasons, the San Antonio Spurs have represented a sort of higher basketball power. They have emphasized team play, often pinballinng the rock around the floor without hesitation. It was this style of play that lead many to compare the Spurs’ offense to a finely tuned machine. Tony Parker, the engine, driving the ball into the lane relentlessly, forcing defenses to break as the other offensive components revolved around him. The team’s high-level of focus and play was constant, not even slowing down when the second unit was inserted; the affectionately-known “Foreign Legion”  playing with just as much confidence and purpose as the starters. This activity from the whole team, the whole “machine”, every part, from players to coaches, led to levels of offensive efficiency that only the best teams in the league reach year-in and year-out. But San Antonio’s approach was different than most. There wasn’t the sheer individual wonder that teams like the Oklahoma City Thunder or last year’s Cleveland Cavaliers had……….Read More

Source: Rehash: The Spurs machine is updating – Pounding The Rock