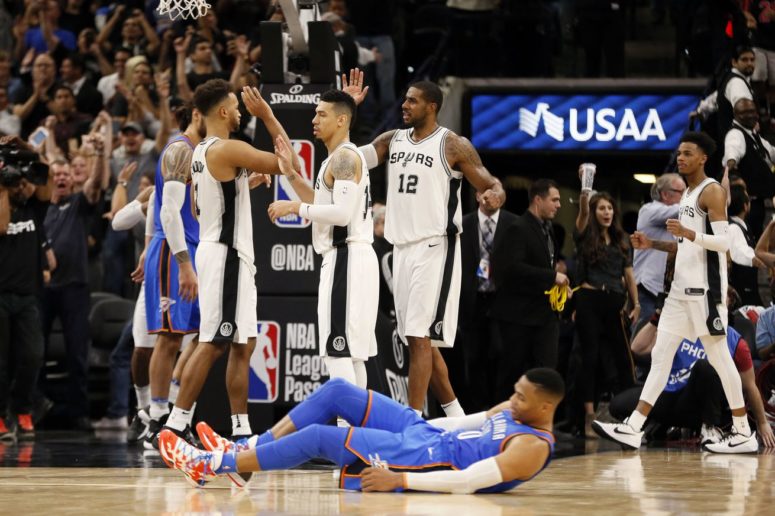 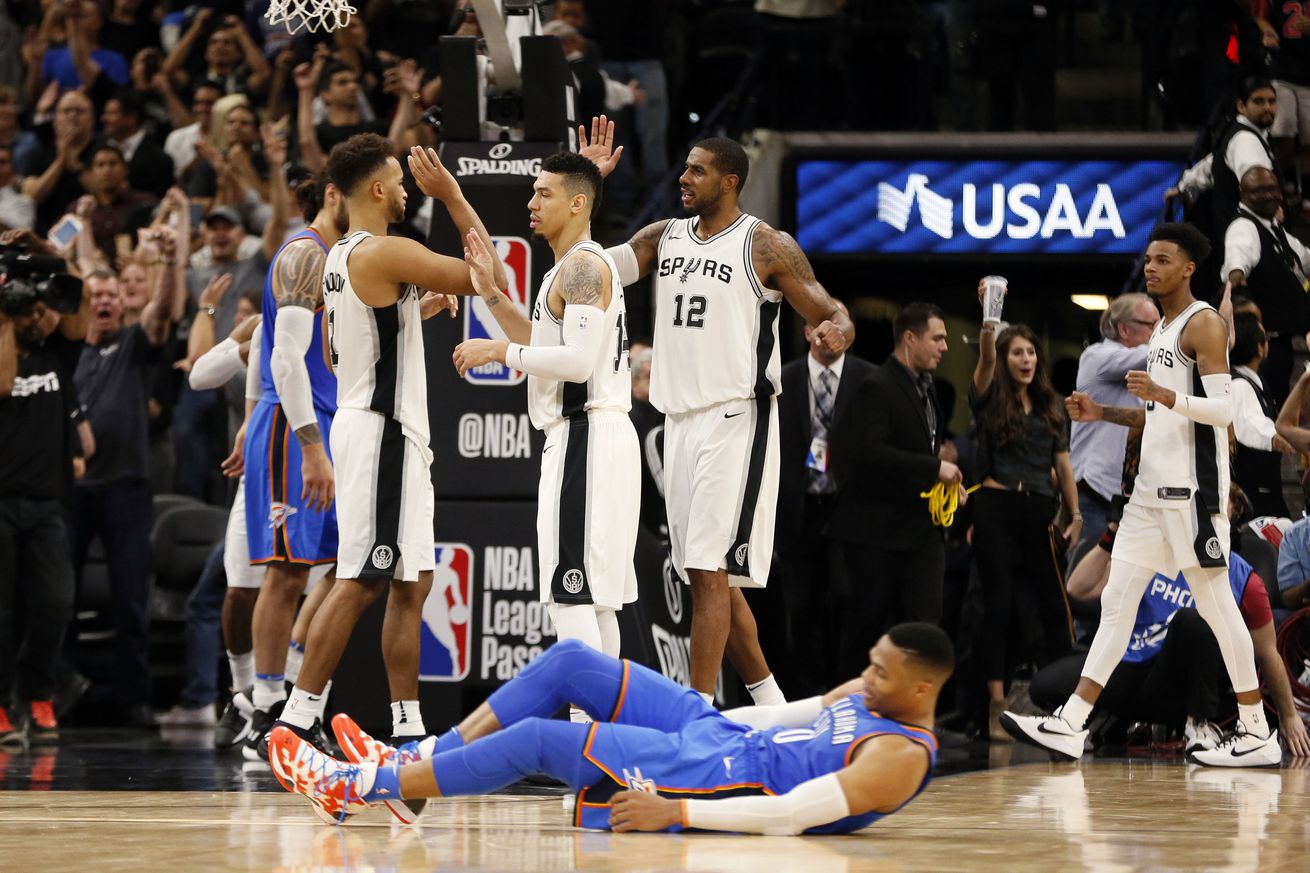 There’s double-digit comebacks, and then there’s 20+ point comebacks. The latter doesn’t happen everyday, especially when a team is missing two starters and going up against a team with three legit stars, no matter how discombobulated they are at the present time.

It was obvious the Spurs were not ready for what hit them at the start of Friday’s game ,as they quickly fell behind 32-15 on the back of an 18-2 run by the Thunder to end the first quarter. That deficit would swell to 23 points, 43-20, just over two minutes into the second quarter before, as Gregg Popovich so eloquently described, the Spurs’ had a change in attitude:

It all started with a high-flying slam dunk from LaMarcus Aldridge (what knee, heart, and attitude problems?), energizing a crowd that was probably on the brink of giving up on this game:

LA THROWS IT DOWN. pic.twitter.com/zfkV3ZG4LV

A slew of threes from Danny Green, who had five total in the game and three during the second quarter rally, along with 9 points, 4 rebounds and 2 assists from Pau Gasol, helped get the Spurs back within seven, 55-48, at the half:

The Spurs continued to gradually grind at the lead to start the second half, when a moment we’ve been waiting for all season finally arose. Davis Bertans got some minutes at small forward (where his defensive shortcomings are easier to hide), and the Ginger Fireball took advantage with nine points on 3-3 from outside the arc to help the Spurs tie things up 78-78 heading into the final frame:

Davis was knocking ’em down in the 3Q, including the shot to tie it up! pic.twitter.com/nCmtzPbhbz

It was a very encouraging game all around from the Spurs. They never gave up even when some fans had probably already turned the game off. They also sent a message to a potential playoff foe that was viewed to have surpassed them over the summer thanks to the acquisitions of Paul George and Carmelo Anthony that things aren’t going to be that easy, especially once Kawhi Leonard and Tony Parker return.

As always, May the System be with You.