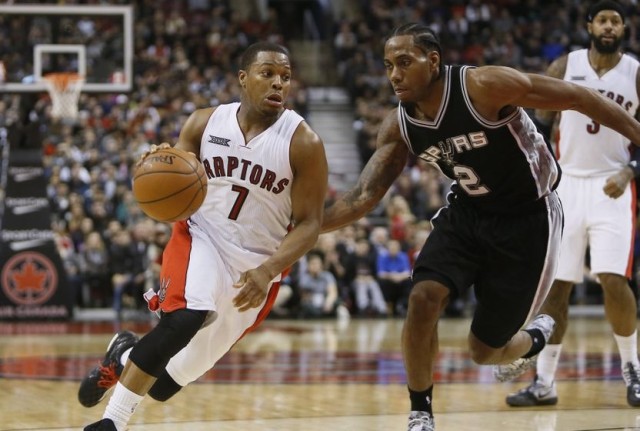 The San Antonio Spurs just came off a 51 point win against the 76ers just two days ago. So how did the invincible Spurs do in the Jurassic Park of the Toronto Raptors? The Spurs stared the game with sloppy play and could not buy a shot as they quickly fell behind the hot shooting Raptors.  The Toronto Raptors lead this game from start to finish and the Spurs could never take the lead. With 18 turnovers on the night the Spurs were playing two games, one against themselves and the other against the Raptors.  This tough loss for the Spurs 94-97 puts them at 18-5 on the season which is still good for the 2nd best record in the NBA. Next up for the Spurs is the LA Lakers this Friday at the At&t Center tipoff is at 7:30 PM and the game can be seen on Fox Sports Southwest and heard on WOAI 1200 AM radio.