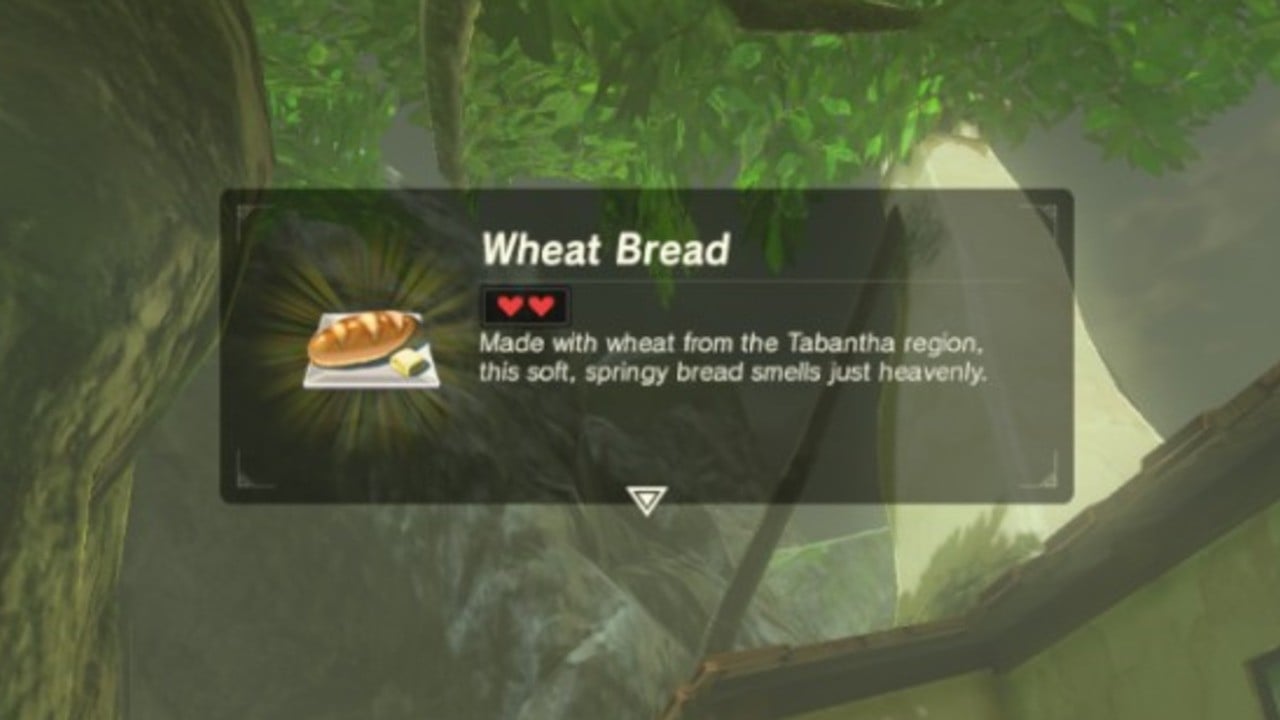 It’s been almost three years since the release of The Legend of Zelda: Breath of the Wild, and we can’t tell if people are bored with it or really into it, because now they’re trying to speedrun the ability to make bread in the game, known as “Bread%”.

The bread recipe involves finding Tabantha Wheat, an ingredient found by cutting grass in the Tabantha Frontier region, and Rock Salt, gained by hitting Ore Deposits. The current high score, held by Xeryph, comes in at 19:44:700, much of which is unskippable cutscenes. Xeryph also has BOTW speedruns of “All Dog Treasures”, “Fall Off A Cliff” and “Rake In Lake”, which… well, you can read the title, so you have all the information you need.

The speedrun involves the normal speedrunning tactics: Link escapes the beginning chamber by running into a wall, climbing up into the void, appearing atop the mountain in the Great Plateau, and running – almost naked – towards the nearest Bokoblin encampment, where he nicks a pot lid for shield surfing purposes. He finds a nearby woodsman’s axe, and just like that, he’s fully equipped (although still mostly naked).

With pot lid and axe in hand, Xeryph sprints, clips, shield surfs, stasis-fires and “bullet-time bounces” his way around mountains, shrines, and plains in order to get the powers he needs to pull off his plan.

Finally, he yeets himself over to the Tabantha region, cuts down some grass to get the wheat (which, as he notes in the YouTube description, is a completely random drop and takes a while) and then it’s just a matter of dropping off a nearby cliff to grab the salt, and voilà: you’ve got yourself some bread, baby.

Do you think you could do a better Bread% speedrun in Breath of the Wild, or do you have an even weirder idea for a BOTW speedrun? Let us know in the comments below.