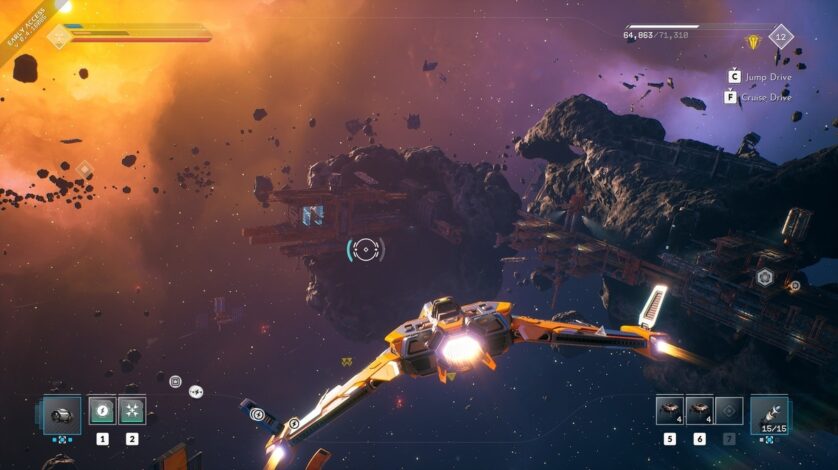 Everspace 2 is described as a fast-paced, single-player space shooter with deep exploration, tons of loot, and modern RPG elements. The launch trailer is below:

“Experience a thrilling story set in a vivid, handcrafted open-world full of secrets and perils on your journey as a former clone space pilot to become human after all,” reads the official blurb.

The early access launch game has full English voice acting for the first 12 hours of the story campaign and several side missions that take place in the first two star systems of the final game. Rockfish said this is good for at least 25 hours of gameplay, and introduces pilots to the core gameplay mechanics of space combat, exploration, mining, puzzle-solving, traveling, trading, itemisation, crafting, ship customisation, player and companion perks as well as five different player ship subclasses. Phew!

Rockfish has said it’ll keep Everspace 2 in early access over the course of the next 12 to 18 months, so expect a launch proper at some point in 2022.