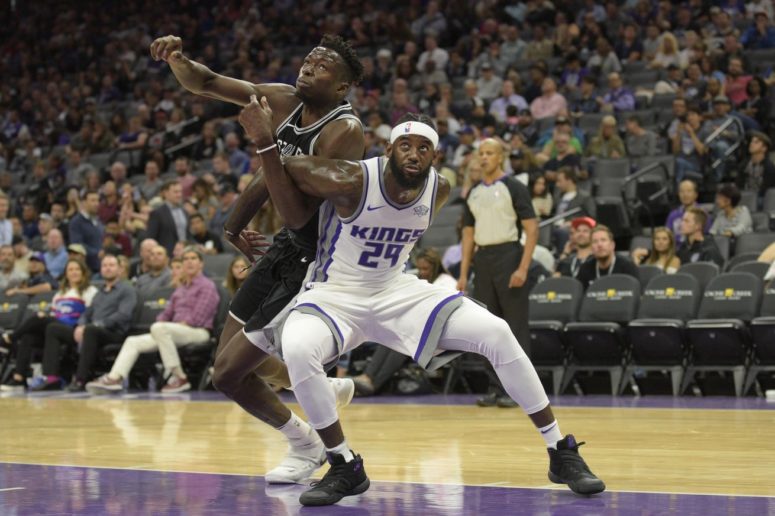 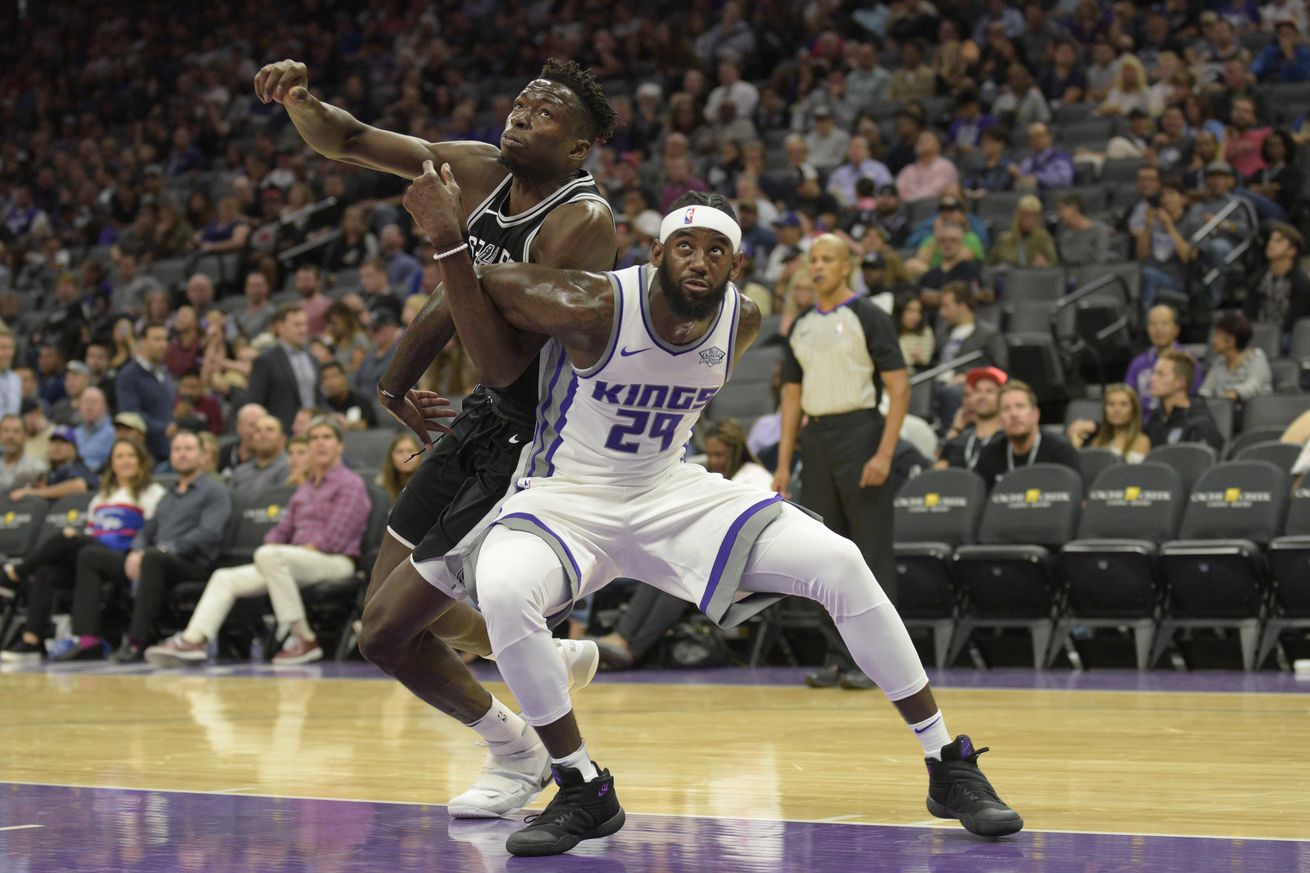 The Spurs and Kings meet for the second time this week.

The Spurs’ preseason opener offered a twist on the old If A Tree Falls In a Forest paradox, asking us if a team loses a game that no one watched, should it matter? (Granted there were ways for you to dredge up a spotty feed of Monday night’s game, but not without a little searching and/or a lax attitude towards pop-ups and your operating system’s long-term health.)

The answer, of course, is no. This is the preseason and final scores, such as a 106-100 loss to a roster of mostly first- and second-year players, should give little cause for concern. This Spurs team has a number of new pieces to work in and the focus will remain fixed on the micro—stuff like the integration of guys like Rudy Gay, Joffrey Lauvergne and Brandon Paul, the old dudes’ conditioning, and the development of Dejounte Murray. We’ll continue to track those tonight as the Spurs and Kings run it back in San Antonio.

A first look at Rudy Gay

Although he suited up for the Silver & Black Open Scrimmage, Gay sat out the team’s first preseason game in Sacramento. He will play tonight according to ESPN’s Michael Wright.

Pop just said Rudy Gay will play in tomorrow’s home preseason opener. Gay is cleared to play, but the Spurs have… https://t.co/XO9Si60Ye1

LaMarcus in rhythm, extending his range

One of fans’ greatest frustrations with Aldridge has been his reliance on low-efficiency post-ups and long twos, a complaint that grows when those looks aren’t falling. His performance on Monday offered hope on both fronts.

There were still a number of his trademark long twos, but they looked good, as he shot with the kind of rhythm and confidence we’ve often associated with Good LaMarcus. Even more encouraging was watching him gravitate more toward the three-point line on pick-and-pops. Everything on this team happens in measures, so a 1-of-2 night from downtown is, potentially, a very promising first step in the five-time All-Star adapting to the new NBA.

No Spur will be more intriguing or frustrating this year than Murray, whose lukewarm showing in Summer League should be tempered by the fact that he wasn’t even born when Independence Day came out. I’d expect him to get the start once again tonight.

With all due respect to the vets they brought in this summer, the real appeal of this team is in its young guys. Fifth-overall-pick De’Aaron Fox has a special combination of quickness and poise for a rookie. Skal Labissiere’s game is unconventional, fun and surprisingly effective. Willie Cauley-Stein may still find a way to put his physical tools together. Malachi Richardson, Bogdan Bogdanovic and Justin Jackson are all interesting prospects, as well.