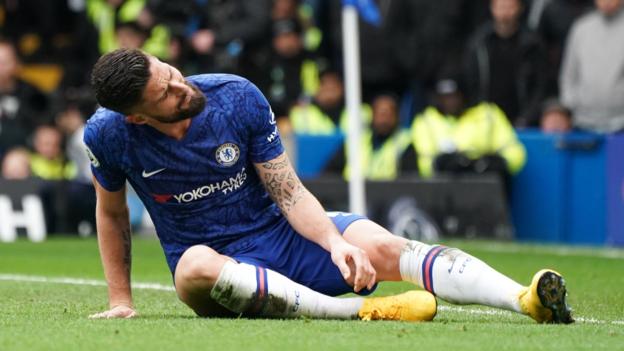 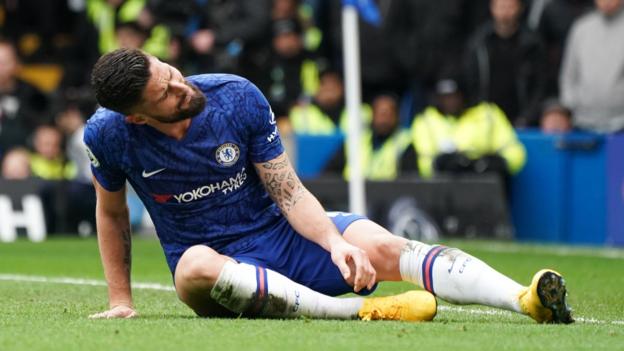 Professional Footballers’ Association chief executive Gordon Taylor has suggested halves of less than 45 minutes could be considered when football resumes.

Discussions about the Premier League’s return are ongoing but Taylor says players are “concerned” about safety.

“They are not stupid,” he told BBC Radio 4’s Today programme. “They would have to be satisfied that it is safe.”

The Premier League said the idea is “not on the table”.

Football League chairman Rick Parry said “there haven’t been any discussions about it”, but did tell a Department of Digital, Culture, Media and Sport committee hearing: “I don’t think we should be ruling out any creative ideas.”

The Premier League is hopeful of a potential 8 June resumption. No set date has been given for the EFL, but Parry said the current season must be concluded by July 31.

What did Taylor say?

Taylor was talking about how to combat player fatigue, with so many games expected to be played in a short period.

He told the BBC: “We don’t know the future but we do know what propositions have been put, what ideas have been put – the possibility of having more substitutes, games possibly not being the full 45 minutes each way, talks of neutral stadiums.

“Ideally, you want to keep the integrity of the competition, and of course, that was about playing home and away and having the same squad of players as before it was suspended.

“The very fact that you are in professional sport, you need to be very resilient. You need to be able to bounce back because you’ll get more setbacks than you will good times, and I would like to think that’s how my members are.

“So it remains in process and we shall just have to wait and see, and look at it on a day by day basis and see if it’s achievable. But if we don’t try, then it’s never going to be achievable.

“There’s lots of points to be made, but above all, can the seasons be completed and can they be completed safely?”

What else has been said on player welfare?

Taylor’s comments come after Manchester City striker Sergio Aguero said he was “scared” about the prospect of returning to action, while a number of Premier League club doctors have raised a range of concerns with league bosses over plans to resume the season.

Speaking to Argentine TV station El Chiringuito, Aguero added: “I’m scared, but I’m with my girlfriend here and I’m not going to be in contact with other people. I’m locked in my house and the only person I could infect is my girlfriend.”

One issue that the senior medics have sought assurances over includes their own liability and insurance cover if players contract the virus.

The Premier League has also been asked to provide some clarity over medical protocols, testing and player welfare.

The government is set to review its lockdown measures later this week, while football, rugby and cricket chiefs are appearing at a committee hearing with the DCMS on Tuesday to talk about the impact of coronavirus on their sports.

The Premier League are meeting to discuss the plans next Monday.

What are we up to with ‘Project Restart’?

The Premier League has been suspended since 13 March because of the coronavirus pandemic but all clubs are committed to playing the 92 remaining fixtures of the 2019-20 season if and when safe to do so.

Plans to resume the league have been labelled ‘Project Restart’. The league is hopeful of a potential 8 June restart and finishing at the end of July to fit in with Uefa’s European competition plans. This would require full training to begin by 18 May.

The league would also need up to 40,000 tests for players and staff if plans to play the outstanding games behind closed doors are pursued.

On Friday, after their most recent meeting by video conference, Premier League clubs reiterated a commitment to resuming the season “when safe and appropriate to do so”.

What about players returning to training?

A number of clubs reopened their training grounds for individual training last week.

If full training is resumed before social distancing rules are relaxed, BBC Sport understands players will be tested for coronavirus twice a week and would be screened for symptoms every day.

In addition, players must arrive at training grounds in kit and wear masks at all times.