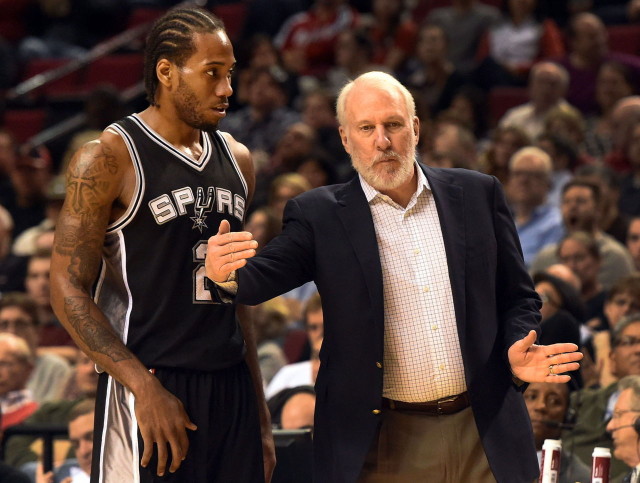 Four games into the new NBA season, Kawhi Leonard is already making a strong case to repeat as Defensive Player of the Year. The fifth-year San Antonio Spurs swingman has done a number on some of the league’s most accomplished small forwards in this young campaign, forcing Kevin Durant into a 6-for-19 shooting night, Joe Johnson into 1-for-7, and most recently, Carmelo Anthony into 4-for-17. Anthony, in particular, seemed to be completely out of answers by game’s end Monday.Melo, asked about how well Kawhi guarded him, said he eventually decided to simply start trying to draw fouls bc he couldnt get good looks.— Chris Herring (@HerringWSJ) November 3, 2015 It isn’t just the defense, though; Leonard has emerged as a terrifying two-way threat……..Read More